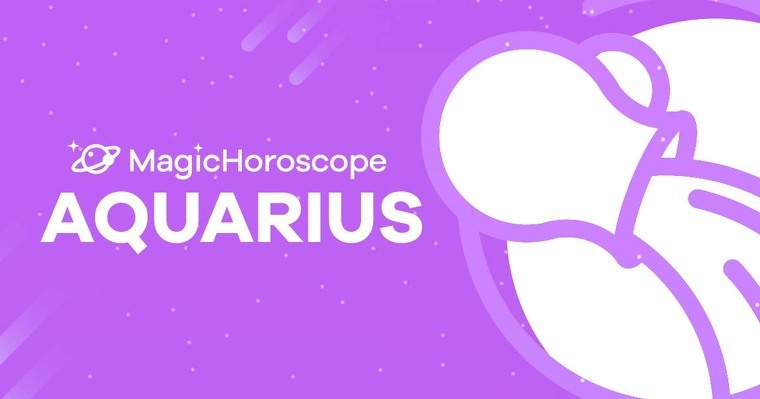 Aquarians, it's impossible to keep your focus on one person at a time. Yes, your heart might already have an owner and a name engraved into it, but that doesn't mean you're not attracted to other people at the same time.

This week you'll be giving more importance to someone other than your partner. When your serious, steady relationship is on the off round, whoever's keeping you mentally active shows they're interested in you.

However, as the week unfolds, what quickly comes together can lose all its volume and intensity just as quick. Now that you know that you're being sold nothing but dreams and fantasies, perhaps you should reconsider and take a second look at your love grounds, Aquarians.

You'll flow in a way you haven't seen yourselves doing before. Duties won't seem as heavy as they used to do; you'll perceive them as essential tasks without which your job would make no sense.

A trusting environment will open the doors to starting conversations with your managers, and perhaps, after a quick word, you might get that raise you've been chasing after for so long.

On Wednesday you'll have to watch out with your excessive enthusiasm, because you might be seen as too reckless and behave in a way that your position at the company might start being reconsidered.

Around the weekend you'll have unexpected expenses you won't want to admit to. Before that stage kicks in, control your compulsive wallet-opening, Aquarians, and repress your spending.

Great health news for all Aquarians, especially if you're going through a long illness process. Your health is becoming stronger thanks to Neptune's good influence.

The January blues are stretching out far too long, the weight you put on in December is taking long to fade, and it'll take its toll on you. But it's not too late! Perhaps it's a good time to go to the gym. Group classes are a source of motivation for you.