The Aquarius woman in love is disinterested, generous and willing to share her love with the world. 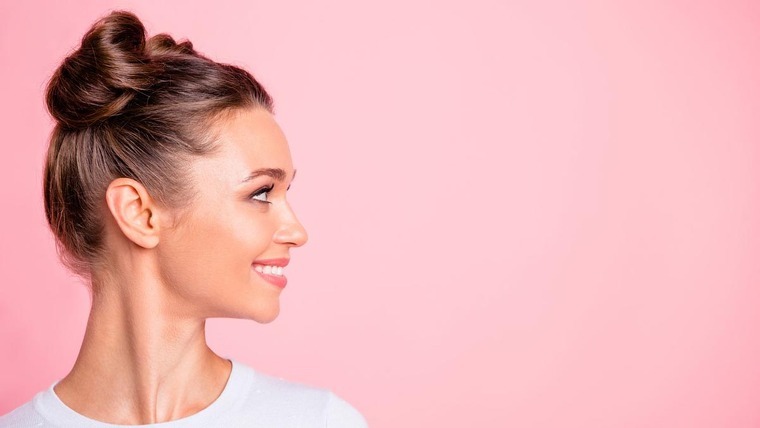 Women born under this air sign are usually seen as unpredictable and contradictory people. And the truth is there's something about that which is true, as the Aquarius woman in love tends to be more friendly than passionate, even when there has already been an approach with that person who she is in love with.

The basis of this way of acting is in her essence sincethis ethereal woman has a great social conscience and of the world in which she lives, showing herself disinterested in general and also in matters of attachments.

So, when it comes to surrendering to the rest, she is unique, moved by absolute solidarity, unlimited generosity and her desire to please everyone. The perfect combo to win the hearts of people. However, she is not so given to devote her exclusive company to anyone concretely.

The Aquarius woman in love also feels like in any other part of her life, like the authentic free spirit that she is. And it's precisely for this reason that she tends to be so inclined to give herself generally to the people around her (on the plane of friendly affection), and less inclined to commit herself to only one person.

She has creativity, a limitless imagination because her open mind allows her to see beyond what most people allow themselves. Sometimes she can be seen as an eccentric and misunderstood woman, but she does show respect for everyone.

Her way of understanding life, her capacity for reflection and how empathetic she can become in the face of the emotions experienced by others, make her the soul of the group of friends, the star that shines with its light in an extraordinary way above other people. And not because she is egocentric and needs to attract attention: It's a matter of aura, and she shines uniquely, even if she doesn't want to.

Her personal relationships... and also as a couple

We are talking about one of the Zodiac signs that most loves freedom and to protect her own space. Hence, she is prone to be wary of the sentimental commitments that arise in relationships. She usually keeps the romances that result from the discovery of someone special and let go before approaching the moment of establishing a relationship as such.

Following the line of the way she is, the Aquarius woman in love seduces slowly, without effort, but hypnotically and magnetically. Because what really happens is that she doesn't do it intentionally, except on those occasions when she decides to bet on someone...

Because of her intuitive way of being, she has excellent ease to detect those particularities that make all people unique, and when she discovers something that touches a nerve in a man, it's usually the beginning of one of those adventures in which it isn't so important how far the matter will go as the fact of living each moment of the period of getting to know each other in a magical way.

But the poor man who turns out to be a fraud to the Aquarian woman in love...! Because she doesn't accept anyone conquering her at any price. If she discovers that this man isn't the way he showed to be, she doesn't give second chances; she can feel really outraged and turn the page, forever.

Who would the Aquarius woman bet on?

Although at first, the Aquarius woman in love doesn't think about being in a relationship as in her preference to relate openly with everyone in general, when she is carried away by her intuition (the one that warns her that she has in front of her an exceptional man), she usually bets on the person who makes her vibrate.

But, how does that man have to be to awaken her desire to conquer him? Well, as more similar he is to her, much better. For this reason, a relationship between two Aquarius is usually compatible, as they are so peculiar in their way of understanding life and relationships that it would be easier to have a connection.

For the same reason, the free spirit of a Sagittarius man would also be a great accomplice of adventures, as respectful of her personal space as she would be of his. At a communicative level, the men born under the same element as hers, air, in this case, Gamini and Libra, would also make a stable enough relationship.

In any case, unlike most of the signs of the Zodiac, the Aquarius woman has her freedom, the integrity of her purest essence and her eagerness to give the best of herself to as many people as she wants so clear... that she would only give up losing a little of those things in favour of a relationship in which 1+1 is much more than 2. But knowing that her bets are firm, rest assured that whoever she chooses, they will be worth it.

What are the other signs' women like in love?

♈ Discover the Aries woman in love

♉ Discover the Taurus woman in love

♊ Discover the Gemini woman in love

♋ Discover the Cancer woman in love

♌ Discover the Leo woman in love

♍ Discover the Virgo woman in love

♎ Discover the Libra woman in love

♏ Discover the Scorpio woman in love

♐ Discover the Sagittarius woman in love

♑ Discover the Capricorn woman in love

♓ Discover the Pisces woman in love