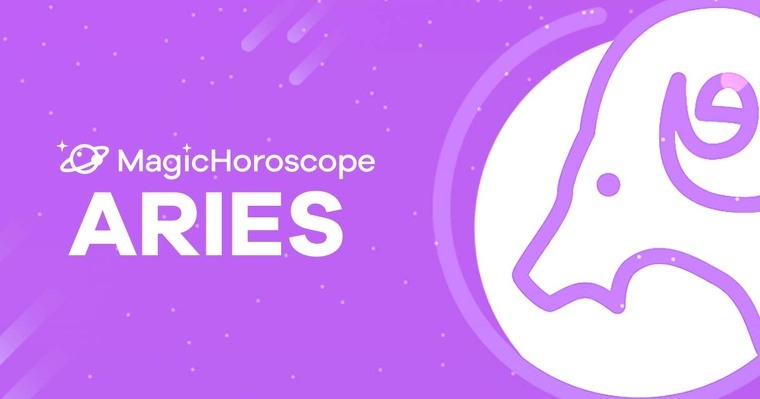 Natives of Aries will have a calm start to their week since the cosmos will finally pay them back for their efforts, at least in love's terrain.

It's only fair that now you're finally able to harvest the crop that you'd planted and watered with such care, don't you think?

In fact, the improvement that you'll notice won't be tangible, but rather a beautiful feeling, and not a specific event that can be measured and described with words -you'll be speechless.

However, you will have to deal with an enemy inside your head: your wild imagination.

Your perception of reality could become skewed at some point, and you'll think that things are happening right under your nose when this really isn't the case.

You'll have to control the passion that's sending your spending out of control. These are the same ones that could bring tears to your eyes when you see the numbers in your accounts drop so low that you won't be able to afford the necessities.

Also, you'll go through a tough phase on a professional level since you'll be tempted to take on a business that you're far from an expert in.

Even if you think that by taking this risk you could earn handsome profits, the cosmos indicate that failure is more likely than anything else.

Now that you are aware of Magic Horoscope's message, you'll know what steps to take. But don't come home crying to your loved ones asking for their help later on, if you don't.

Your vision will be the area of your health that you should pay most attention to during the next seven days.

Don't strain your eyes too much, and see your eye doctor to make sure everything is alright. Who knows, it could be time for you to get glasses, or change your prescription.

Peaceful moments in nature will be the best way to vent your darkest thoughts, the ones that you don't even dare to say out loud.

Good sex can bring good health, but you shouldn't go crazy either when you're in bed with your partner.