For women, planet Venus symbolizes the presence of a Greek goddess in your astral chart. Discover what your female archetype is and explore all the aspects of your femininity. 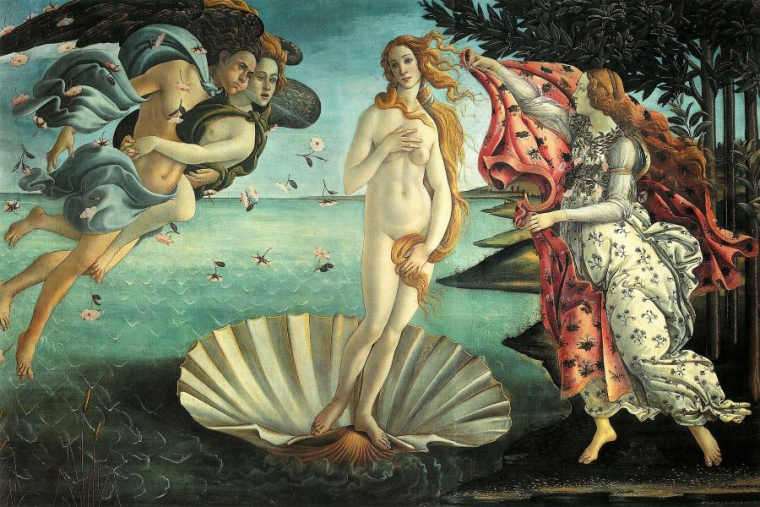 The female archetypes represented in Greek mythology through the figure of the goddesses constitute an excellent source of wisdom and power for women today. There is a Greek goddess that corresponds to the zodiac sign of the planet Venus in your natal chart.

This planet represents the way you view your femininity. Discover which Greek goddess connects with the energies of your zodiac sign!

What are female archetypes?

In ancient societies, the archetypes were seen as pedagogical instruments, with which men and women were taught to decipher the meaning of their experiences and to accept and respect their obligations to the community and dialogue with their gods.

For the woman of today, although the goddesses of the pantheon are no longer a practical reference, they retain a valuable symbolism from which aspects of the personality spring forward. A goddess resides in the heart of every woman, and starting from this intimate understanding of the archetypes; we can develop facets of our femininity that may have been unknown until now.

In the natal chart, the Moon represents our emotional needs, and the planet Venus has a fundamental role when it comes to emotional development and the attraction that we radiate. The sensuality that we emanate as women, and impregnates our entire way of being depends on the sign of the zodiac in which Venus resides.

Demeter, Aphrodite, Athena, Artemis ... All of them are goddesses that represent female archetypes. Have a look at your natal chart and learn everything about Venus in your sign.

In ancient Greek religion, Nike was a goddess who personified victory. |

Nike was the Greek goddess of victory, and as such, embodied triumph in the face of adversity and obstacles, especially in times of war. It is the archetype of the woman who fights and who knows what she wants. Maybe it is not the way to be more peaceful in love, but if we have Venus in Aries, it gives us great satisfaction to exercise our will. Let's invoke the power of the goddess Nike to achieve our goals. 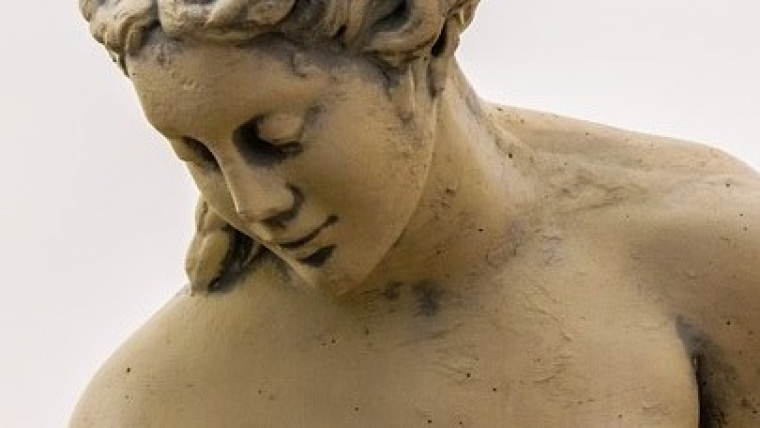 Aphrodite is the Goddess of Love and Beauty. |

Aphrodite is the goddess of love, and perhaps the most feminine of all archetypes. A lover of pleasures and luxury, she surrounds herself with men who can satisfy her high demands. With Venus in Taurus, we love being sensual and elegant. We invoke Aphrodite in all her splendor when we decide to dress to conquer, and we are not ashamed to be unique and different. Of course, appetites should be moderated because the most spiritual part of yourself should not be neglected. 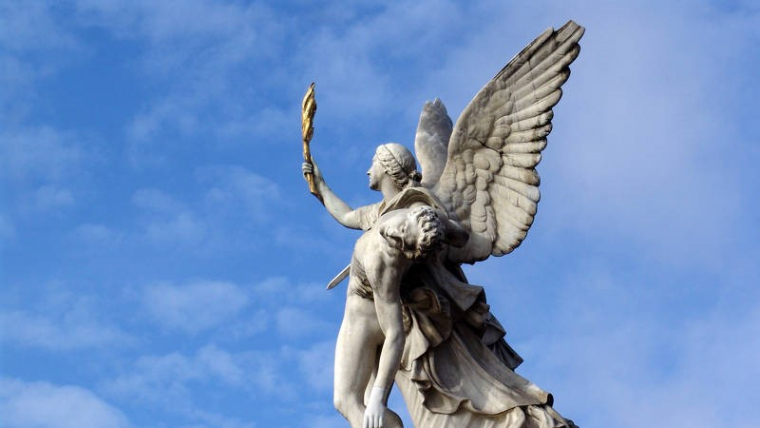 Iris - the personification of the rainbow and (in Homer's Iliad, for example) a messenger of the gods. |

Iris is the sister of Hermes and the goddess in charge of establishing communication. It appears at crucial moments to reveal valuable information. This archetype represents an intelligent and witty woman. In terms of appearance, with Venus in Gemini, we are flirtatious and youthful, no matter how old we are!

We challenge others with our intelligence, and that turns out to be quite seductive ... The downside is that you have to try to cultivate depth in relationships, not just fun encounters. We can invoke this goddess when we want to have fun and feel liberated. 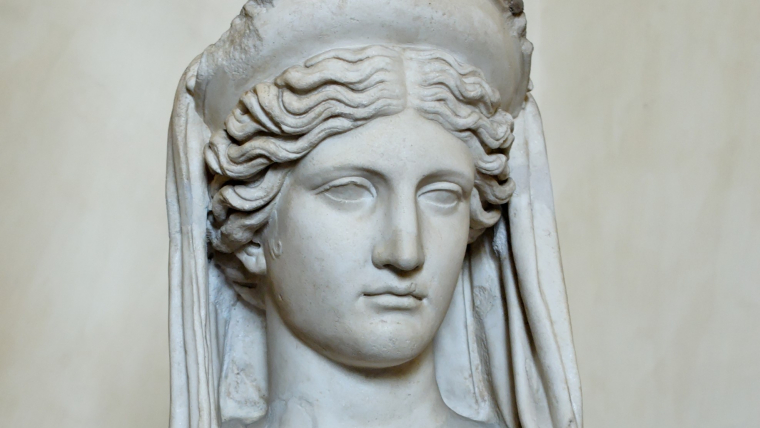 Feminine archetypes - Demeter is the goddess of grain, agriculture, harvest, growth, and nourishment. |

She is the goddess of harvests, of the home, and Persephone's mother. She represents the female archetype of the great mother. With Venus in Cancer, we feel great satisfaction in nurturing and providing others with what they need. Sweetness is present at all times. We represent this archetype if we dedicate ourselves to socio-sanitary or psychosocial works. On the other hand, we have to value the partners we choose very well because the tendency is to select immature men. 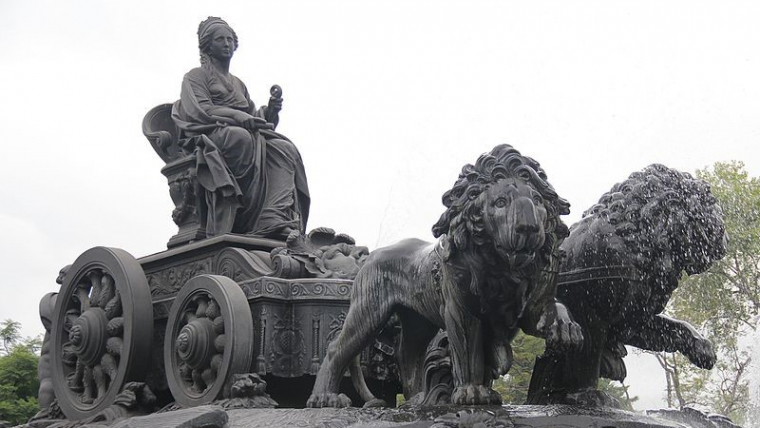 Jungian archetypes list - Cybele was the ancient Phrygian Mother of the Gods, a primal nature goddess. |

Mounted in her lions' carriage, unstoppable, ardent, like only women with Venus in Leo know how to be. Cybele is the mother of the goddesses and the supreme sovereign. Having Venus in Leo makes you irresistible and overwhelming; you may not be a woman suitable for anyone. Be very careful because with so much fire, it is effortless to burn all those who come too close to you. 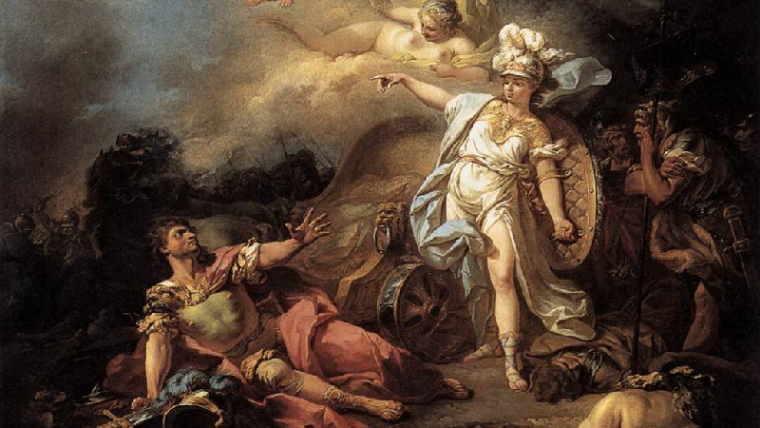 Female archetypes - Athena was the goddess of wisdom and war. |

Athena is the goddess of war and wisdom and uses her cunning and elegant manner to win battles. Athena represents the Jungian archetype of a clear, practical and, above all, realistic women. The archetype of this virgin goddess is associated with that of the maiden. Sobriety and simplicity are the most essential values of Athena, as well as Venus. The danger is that we fall into an unloving rigidity when we deal with others. 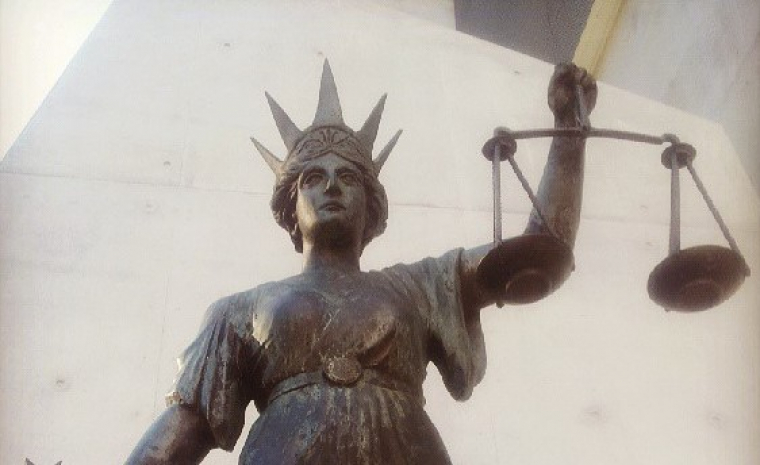 Themis is an ancient Greek Titaness. She is the personification of divine order, fairness, law, natural law, and custom. |

With Venus in Libra, the archetype is that of the goddess Themis, the deity dedicated to justice. This goddess seeks emotional balance above all but never forgets to enforce judgment. If we have Venus in Libra, we will always look for a climate of harmony, but The character archetype for this sign introduces a woman with a lot of knowledge and great value for respecting others. She does not cross the line with anyone and expects others to behave appropriately with her. The issue with this female archetype is that, in life, there will be many bad situations, so try not to lose your temper in these cases! 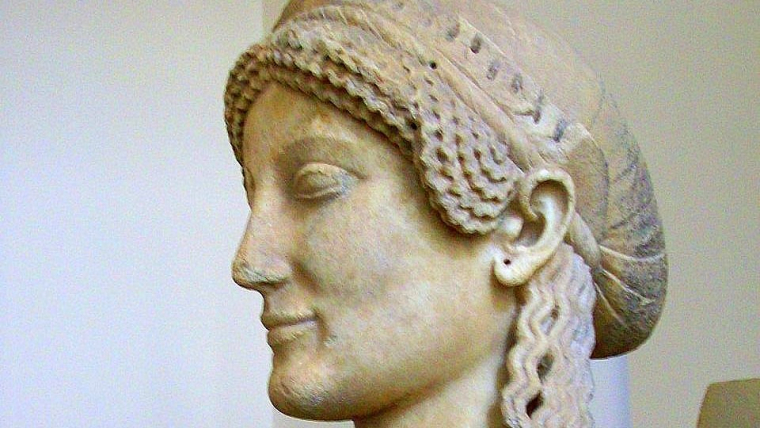 Jungian archetypes list - Persephone was the beautiful goddess of spring. |

Persephone was the most seductive goddess. According to Greek mythology, this goddess experienced a tremendous transformation - from getting kidnapped by Hades to becoming co-rules of the underworld.

We invoke this archetype when we dress in an exciting way, we mention ourselves, and we are capable of surrendering our powers of seduction to the maximum. With Venus in Scorpio, our magnetic force is very high, but we have to be careful not to crush others with our incredible energy. 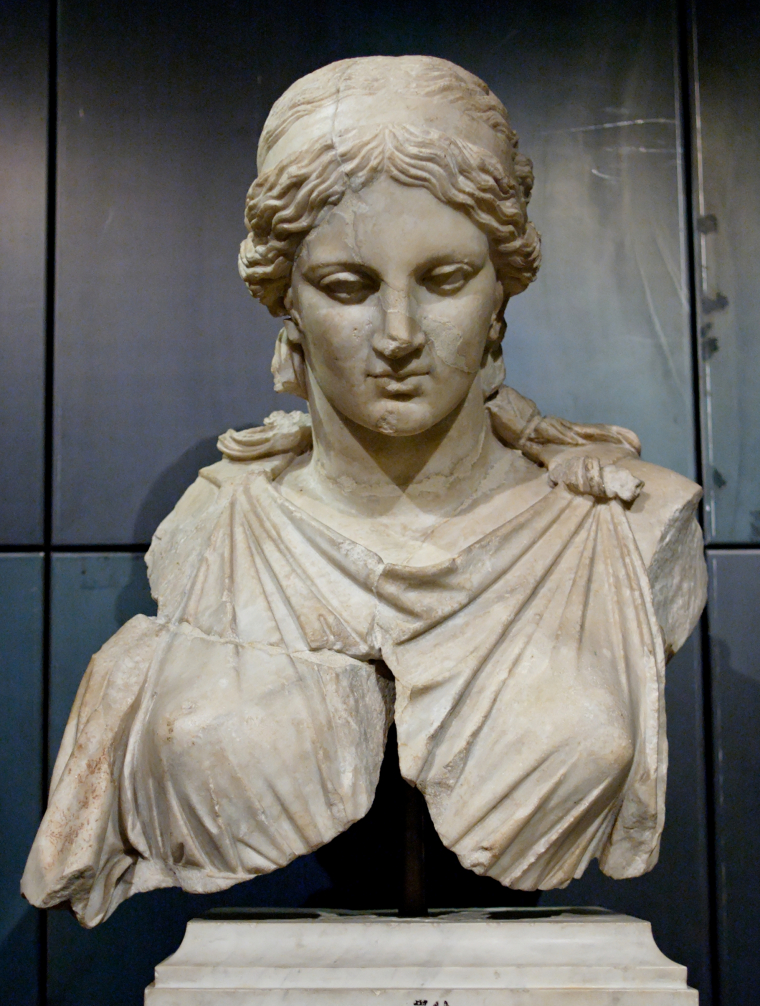 Artemis is known as the goddess of the hunt and is one of the most respected of all the ancient Greek deities. |

Artemis was the virgin goddess of hunting and protector of forests. As the twin sister of the god Apollo, she was as skilled as he was in handling the bow, and was considered stern and untamable. Connecting with the archetype of Artemis helps to regain the consciousness of our independence, and to defend the feminine ideals of brotherhood.

Venus in Sagittarius makes us adventurous women who need to step out of our comfort zone. We invoke this archetype when we go on a trip to an unknown place or when we want to deepen our knowledge about life. 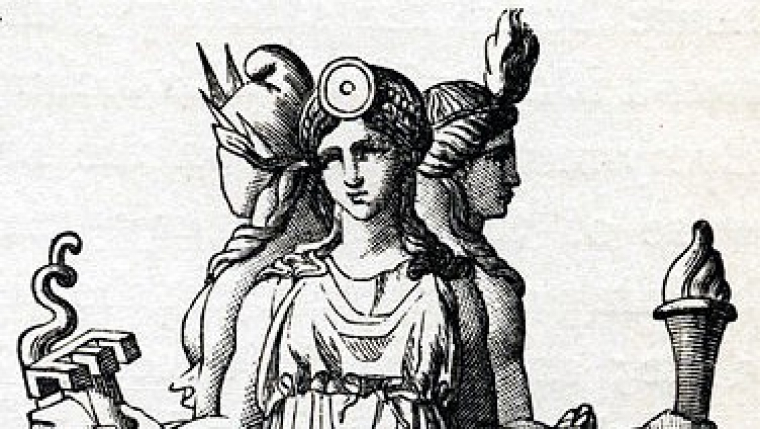 Hecate was the goddess of magic, witchcraft, the night, moon, ghosts, and necromancy. |

Hecate is a protective goddess who gives prosperity. With significant experience and wisdom in life, nothing surprises him anymore. It is one of the most influential archetypes of femininity. With Venus in Capricorn, we are likely to be able mothers to combine working life with domestic life without the world falling on us. We invoke this feminine archetype when we need a great maturity where others seem lost and in need of consolation. 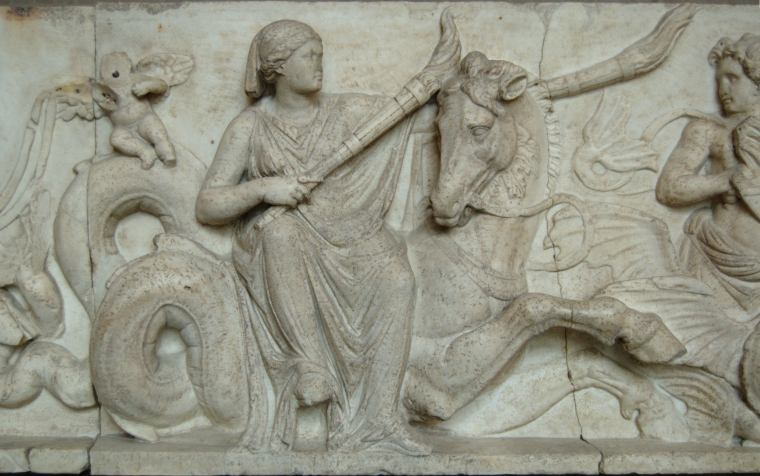 Gaia is the ancestral mother of all life: the primal Mother Earth goddess. |

This goddess, the mother of the earth, gave birth to Uranus and then joined him to create the world. Representing this archetype with Venus in Aquarius, we lose in passion, but we have a particular sensitivity towards nature, and we are concerned about social achievements. Venus in Aquarius is a symbol of breaking down conventions as Gaia emerged from chaos, and Aquarius is more than accustomed to dealing with uncertainty. We invoke this archetype when we leave everything established to create our order. 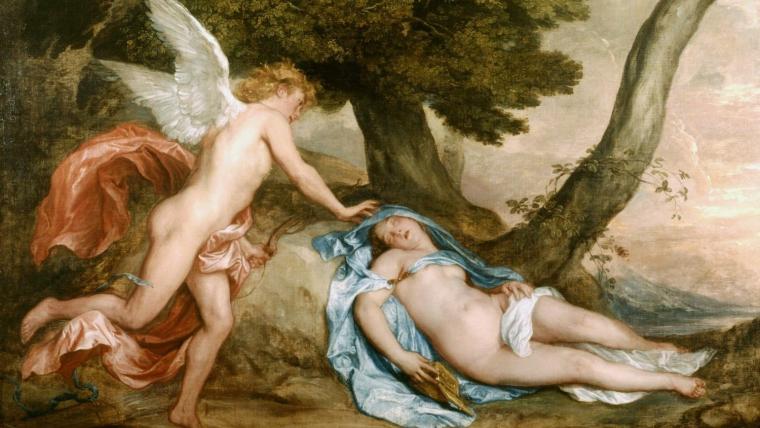 Psyche was the goddess of the soul and the wife of Eros (Roman Cupid) god of love. |

In Greek mythology, Psyche is a princess of unparalleled beauty who Eros falls madly in love with. Everything was going well between them until Psyche broke a promise she made to her lover - which resulted in her going through a series of four sacrificial tests.

She finally regained his love and is promoted to Olympus as a goddess. The sacrifices that Psyche had to make, in her abnegation for the love she felt towards Eros, show us the feminine archetype of unconditional love, the one that makes us transcend our barriers. With Venus in Pisces, we are vulnerable and receive pure love. Besides, our charm is extraordinary and difficult to catalog.

Our job is to know our female archetype but also work with all the other goddesses that we carry inside. At specific moments it may be more useful to invoke Athena to reach our goals or to embody the more sensual Aphrodite. There is no single way to be a woman, and it is essential to release all the goddesses that we have inside. Pigeonholing is never good for mental health!