The way planets influence our lives

Discover its influence and the features of each one of them

1
Which planets rule each horoscope?
2
What is a planet in the horoscope?
3
Fast planets and slow planets
3.1
What is a retrograde planet?
4
How the planets influence, one by one.
4.1
The influence of the Sun
4.2
What does the Moon represent?
4.3
Mercury, how it influences in astrology
4.4
Venus, the Goddess of Love
4.5
Mars, the red planet
4.6
Jupiter, the giant planet
4.7
Saturn, the planet of the rings
4.8
Uranus, the cold planet: How does it influence on the signs?
4.9
Neptune, the reflection of our dreams
4.10
The very small planet, Pluto 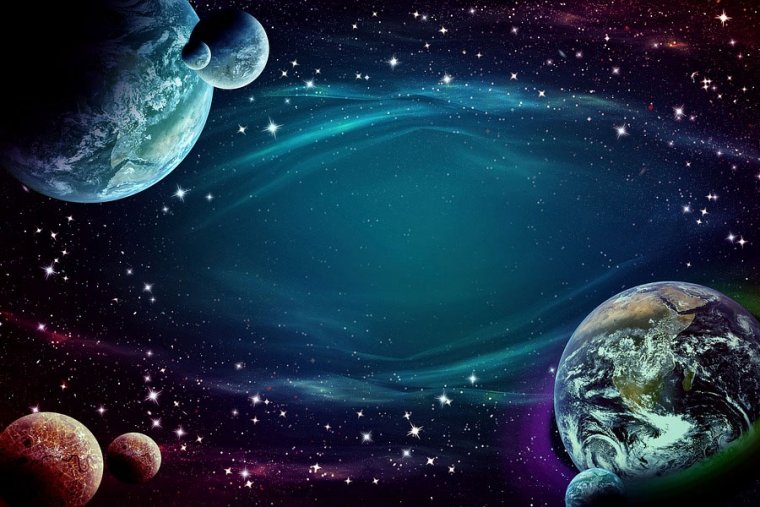 Before explaining how planets influence people's lives, according to their position (and the date of birth of each individual in particular), we must clarify that astrology doesn't necessarily mean planets, and that astronomy and astrology aren't at all the same.

At the precise moment of our birth, the planets were in a specific place and each of them directly influences their personality, their future and many other things. Each of the planets is the owner or ruler of a Zodiac sign.

It brings characteristics and will influence how they will feel throughout their lives, and as the planets pass through each sign, new aspects are formed in the personal aspect, clearing events and introducing new people that will help them mature and modify the approach that we give to life.

It's interesting to clarify that a planet can exert a positive or negative influence depending on its position or the aspects it can form with other planets, so they don't have a single defined and sharp meaning.

Which planets rule each horoscope?

According to astrology, each planet influences a Zodiac sign, or two, in certain cases.

What is a planet in the horoscope?

If we want to clarify how the planets influence the signs of the Zodiac, it's interesting to clarify that for the reading of the future, the planets don't have to correspond with those of the Solar System, in which there are currently eight: Mercury, Venus, Earth, Mars, Jupiter, Saturn, Uranus and Neptune.

According to the International Astronomical Union, the planets are the "celestial organisms in orbit around the Sun, which have enough mass so that its gravity exceeds the cohesion forces of the solid body." For this same reason, Pluto was eliminated from the list in 2006, when it was branded as a dwarf planet.

You may be interested in: 6 types of tarot, 6 different destiny readings

However, astrology is governed by other principles, and thus, it has been decided to keep Pluto, in the same way that the Sun is included as a planet, which is a star, and the Moon, which is a satellite of the Earth. But always with a clear reason: that they are bodies that present a very important influence in events. Needless to say, despite this, astrology evolves hand in hand with astronomy, and that the second enriches the first.

Each planet has an influence and an impact on our personality, in our day to day and we can differentiate them dividing them as fast and slow planets.

The fast planets have the Sun as the center of the personal universe. So, the fast or personal planets are Mercury, Venus and Mars, which are associated respectively with communication and expression, creativity and beauty, and action, masculinity and authoritarianism.

In a second group there are the slow or transpersonal planets, whose influence will manifest over one or several generations. Thus, we have: Jupiter (representing luck and enthusiasm), Saturn (restrictions and limits), Uranus (changes and instability), Neptune (dreams and psychic abilities), and Pluto (radical disorders).

What is a retrograde planet?

When we read about how the planets influence the Zodiac, we usually read about retrograde planets, but do you know what it means?

This term refers to certain moments of the course of a planet, when they seem to slow down or stop their progress. This has an explanation: the planets spin around the Sun and they must be observed from it; when appreciating them from the Earth, an optical effect is produced that can even get the feeling that the planets recede.

Thus, in astrology, a retrograde planet will invite us to review a situation, because there is degradation, something that doesn't progress as it should.

How the planets influence, one by one.

We analyze below how the planets influence the life of people, analyzing what their positive and negative influences are.

The influence of the Sun

The center of our Solar System is Atum in Egypt (creator god) and Apollo in Greco-Roman mythology, the son of Zeus and Leto. For men, the Sun represents them, while in women this planet indicates their masculine part or their husband. It exerts a positive influence, self-confidence, willpower, authority, nobility, generosity and ambition. It governs the heart and therefore represents the distribution of life strength and energy.

What does the Moon represent?

We said that although it's technically a satellite, it's considered a planet in astrology because of its influence. It represents female light for many villages, and is associated with Isis in Egypt, with Selene in Mesopotamia or with Artemis in Greece, among others.

The Moon is as important as the Sun within astrology, and at the symbolic level, it represents femininity, symbiosis, reverie, the unconscious, memory, childhood, mother or home, among other concepts.

When the Moon exerts a positive influence, the moon symbolizes fullness, receptivity, sweetness, even poetry. On the other side of the Moon, when it has a negative influence, we can discern dependency, passivity, laziness, caprice or problems.

Mercury, how it influences in astrology

The first planet in the Solar System was associated with Seth and Horus in Egypt, and according to Greek mythology, it's the son of Jupiter with a nymph. This fast planet represents in an astral theme, our mind, our intellect, our way of thinking, our ability to learn or not, our way of analyzing.

In positive influence, it symbolizes sociability, humor, flexibility, youth, intelligence and the gift of expression, the trick. But if it has a negative influence (for example, if it's retrograde), the planetary influence of Mercury brings detachment, superficiality, lack of will, dispersion or duplicity, even instability.

Venus, the Goddess of Love

Similar in size to Earth, this planet was associated with Aphrodite by the Greeks. Venus was Vulcan's wife, and she cheated on him with Mars. The influence of this rapid planet affects the way we fall in love, to maintain romantic relationships, but also magnifies artistic activities.

When its influence is given to the signs of harmony, beauty, sensuality, charm and pleasure, but if its influence is negative it gives indifference, possession, subjectivity, coquetry, carelessness or even cowardice.

The powerful warrior of mythology shows our way and our disposition when acting, and if its influence is positive, it will give us spontaneity, frankness, dynamism, entrepreneurship, strength and energy, all worthy of a warrior.

As a counterpoint, when its influence is negative, it's interpreted as violence, aggression, impatience, whims, anger, destruction and tyranny.

Jupiter, the roman equivalent of Zeus, is the God of the gods and in astrology it can represent success in the field where it is located or if it looks bad, where one will make mistakes. Optimism, extraversion, joviality, realization, concretion, luck, success, or realism are some of its positive influences.

However, among the negative influence of the planet Jupiter, we find excess, deception, vanity, tyranny, anger, opportunism, waste or overweight!

Saturn, the planet of the rings

The planet with the name of the divinity of sowing and cultivating the vine can be constructive, structuring or frustrating according to astrology. It often has a bad reputation because it can cause emotional pauses, and its negative influence is associated with concepts such as austerity, frustration, severity, isolation, coldness, inhibition, complexes, absolutism or slowness.

However, if we look at its positive influence we find wisdom, patience, reflection, ambition, rigour, sense of responsibility, analytical skills, concentration, solidity, maturity, perseverance or resistance, among others.

Uranus, the cold planet: How does it influence on the signs?

Uranus was the God of heaven, the husband of Gaia, Mother Earth, and shows originality, independent thought, creativity and nonconformity, but also friendship. Thus, its main positive influences are independence, will, creation, avant-garde, progress, solidarity and freedom. Selfishness, impulsiveness, eccentricity, marginality, insurrection, hysteria and loss of control are on the other side of the scale.

Neptune, the reflection of our dreams

Neptune is a planet labeled as collective, and shows our part of dreams, our ideals and beliefs, and ease (or not) letting ourselves be carried away by our feelings. It's a slow planet that will always remain in the same zodiacal zone, and has as a positive influence the intuition and generosity, the idealism, the genius, the inspiration, the humanism and the altruism, among others. Its counterpoint, its negative side, is utopia, illusion, laxity, madness, and dependence for example on drugs, sects, loss of identity and vulnerability.

So called by the God of the underworld, son of Saturn and Rhea, Pluto is a slow planet, but very important in a natal chart. As a positive side, it has an influence on complexity, rigour, regeneration, psychological style, intuition, redemption, and lucidity. On the other side of the coin, we find anxiety, death, morbidity, destruction and self-destruction, mourning, Machiavellianism, crisis manipulation, action, clandestinity, contamination and conspiracies.