Year of the Snake: Traits and Compatibility 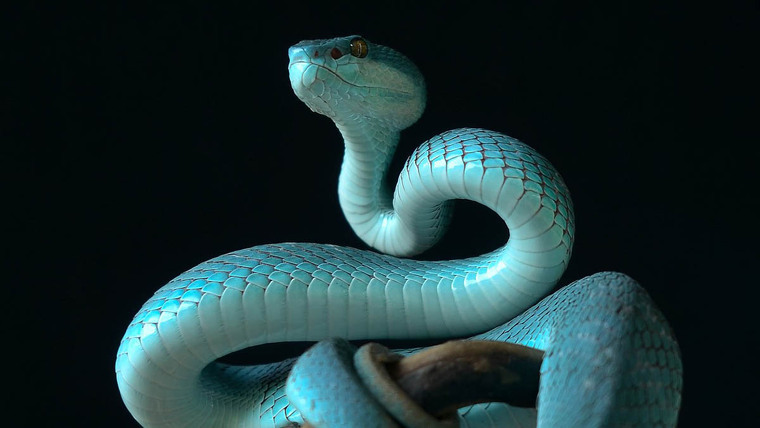 The Snake in the Chinese Zodiac has creativity, wisdom, cunning, and logic. |

Year of the Snake traits

Cunning and wisdom are the characteristics that define the Snake's personality in the Chinese Zodiac. Their ability to reflect and their innate intelligence give them an analytical nature that gives them an advantage when making decisions. They are usually excellent counsellors, and they have a deep knowledge of the human soul. Snakes also tend to be profoundly philosophical

But at the same time, Snakes are discreet and stealthy; they don't like to be noticed. They also have a hidden talent: their natural elegance. Snakes usually live among others with humility, in the background, they prefer to analyze and draw their own conclusions. A person born in the year of the Snake is reserved and shy, sceptical and introspective.

Those born in the year of the Snake like to enjoy life. That's why they surround themselves with good food and drinks, and also to satisfy their physical and spiritual needs. In a Snake's house, there is no lack of books, music and quality clothes. They are usually very stingy people, which means they have loads of money.

The Snake can't be a human's best friend.They are reserved and distrustful, spiteful and greedy, and can be very harmful. But when one manages to penetrate their personality, they will always have a faithful friend and an excellent counsellor.

Their personality depends on the element that influences their sign:

A snake born in years ending in 0 or 1 usually have a nature influenced by metal, which induces a contradictory and unstable personality. Their desire to build is counterbalanced by his unstoppable desire to destroy, and that leads them to a permanent struggle between the positive and negative to find stability. They may tend to be defeatist and get discouraged easily.

Those born in years finished in 2 or 3 are Snakes influenced by the Water element. That reinforces their intelligence, cunning, and intuition. They are excellent at resolving conflicts because they know how to calibrate the pros and cons and find solutions through mediation. When Ying and Yang are combined, they are very complete, balanced and harmonious personalities, with well-defined contrasts.

Wood influences Snakes born in years ending in 4 or 5. This element causes aggressiveness and impulsiveness which enhances their distrustful and closed nature. To avoid putting themselves at risk, Snakes influenced by Wood prefer to remain in the shadows. They also have a more selfish and interested nature than the influenced by other elements.

The Fire element is present in people born in the year of the snake in years ending in 6 or 7. Fire Snakes are usually individualists that tend to be lonely and self-sufficient. They trust their abilities and skills and rarely ask others for help. Sometimes that makes them a little arrogant, and they believe that they are above good and evil.

People influenced by the Snake sign who were born in years ending in 8 or 9 receive the classic features of the Earth element, which makes them very reflective and intellectual. Sometimes they may lose interest in things they used to be passionate about, so they fall into a state of lethargy that's hard for them to get out of.

Year of the Snake personality

Elegant and endowed with natural beauty, the Snake is as attractive as it is destructive in matters of love. Their distrust often leads to feelings such as resentment, suspicion, and jealousy, and they have as much capacity for passion and craziness as for evil and revenge.

Those born in the year of the Snake are capable of falling in love and giving free rein to their passion. And although they are people with an irresistible magnetism, their unrestrained desire to analyze everything and their reflexive personality makes it hard for them to let go. They always examine all of the possibilities and that can lead them to indecision on many occasions.

Snakes are hard-working people that tend to be successful especially in work that requires intelligence and analytical ability. They are lively and constant, so they tend to reach the goals they have set for themselves. Thanks to their intuition and wisdom, they are highly valued workers.

Also, due to their prudence, Snakes never get into trouble and, although sometimes that makes their lives less exciting, they make sure that they are safe. They are people with a lot of self-confidence and stability, in addition to having great health.

People born in the Chinese zodiac year of the snake are compatible with the Rat, Ox, and Rooster.

With the Rooster, they complement each other very well when they are in social environments. Those born in the year of the Snake are somewhat solitary but elegant and attractive, whereas the Rooster adores being with people, although sometimes it lacks some diplomacy. They have many things in common and that makes them have stable and lasting relationships with each other.

The Ox and the Snake are compatible especially in love. They are good together in sex and, moreover, although they sometimes have difficulties in the early stages of their relationship, once they overcome this, their love could be everlasting.

The Snake's relationship with the Rat means a successful partnership in business. They share cunning and intelligent. A company created by the Snake and the Rat can generate great benefits.

On the other hand, the Pig, Tiger, and Horse are signs that are incompatible with the Snake. They have too many differences and incompatibilities which arise the most negative traits of the personality of all of them.

Learn about the rest of the Chinese Zodiac signs

▷ The RAT in the CHINESE ZODIAC

▷ The OX in the CHINESE ZODIAC

▷ The TIGER in the CHINESE ZODIAC

▷ The RABBIT in the CHINESE ZODIAC

▷ The DRAGON in the CHINESE ZODIAC

▷ The HORSE in the CHINESE ZODIAC

▷ The GOAT in the CHINESE ZODIAC

▷ The MONKEY in the CHINESE ZODIAC

▷ The ROOSTER in the CHINESE ZODIAC

▷ The DOG in the CHINESE ZODIAC

▷ The PIG in the CHINESE ZODIAC