Dream Dictionary: What it Means to Dream About Wolves

Find out the meaning of dreaming about these animals 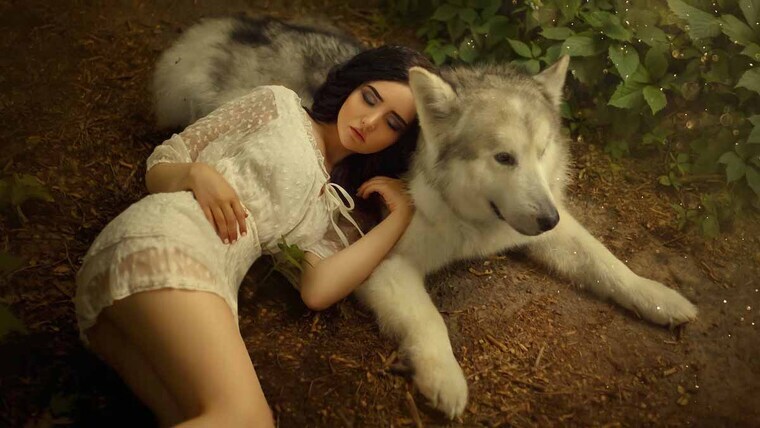 What does it mean to dream about wolves? |

Since ancient times, the wolf has fascinated the human being. There are traditional legends, passed on orally, whose main character is the wolf, either in the world of the Indian or Siberian shamans, or the old Hebrew text, the Asian and Scandinavian legends, the New Testament, or the Greek and Roman mythologies, just to name a few examples.

However, the image of the wolf changes depending on the peoples and their beliefs and customs, as well as the period in history and many other elements, which make this animal appear strong or weak, sovereign or demonic, with a negative or positive connotation. Over the centuries, this duality has appeared constantly in legendary or mythical stories.

With such a background, it is no wonder that the wolf has always been a part of our dreams, sending a message that we will try to figure out in the following article.

Dream Dictionary: What Does It Mean to Dream about Wolves?

Dreaming about dogs is your mind’s way of depicting your instincts. By contrast, dreaming about wolves, another animal of the same family as dogs, symbolises the dangers stirred by these instincts.

Therefore, you cannot ignore your instincts and neither the wolves, because if you do it, there is the risk that they turn against you and become a threat.

The Dream Dictionary describes the wolf as a survival instinct, and as the need to become a legendary person, although in order to do so, you have to break certain social conventions. Perhaps, a fierce hunger is arousing within yourself, which may lead you to attack another person if necessary.

Dreaming about Wolves: Different Types of This Dream

As it has been mentioned, wolves are considered in many indigenous cultures as a symbol of mystery and wisdom, and this is the interpretation of these dreams. However, they do not always have this meaning. For example, if you feel restless and afraid to be attacked by one of these animals in your dreams, the interpretation is different.

So, let’s analyse the variations of dreaming about wolves.

Dreaming about a Fierce Wolf

The Big Bad Wolf is a recurring character in fairy tales such as “Little Red Riding Hood” or “The Three Little Pigs”. If you dream about a wolf of fierce appearance, the Dream Dictionary indicates a selfish behaviour, an appetite for power and money, which may lead you to attack your fellow men in order to take their place.

Dreaming about Feeling Scared of Wolves

This dream has an obvious negative symbology if the presence of these beasts has overwhelmed you while you were in the land of dreams. Therefore, the wolf may represent secret enemies, disappointments, worries and a wide range of problems (deceptions, lies, trouble, etc.).

Dreaming about Not Feeling Scared of Wolves

This is just the opposite of the previous dream since the wolf is a good influence, a guide, or perhaps a mentor. In any case, it represents the light, the arrival of success and the development of your self-confidence.

Dreaming about a Wolf Howling

In your dream, you may not hold the wolf by the ears, but you can hear its howl. That voice is warning you about the arrival of a painful or dangerous situation, which you should protect yourself from.

Dreaming about a White Wolf

These mammals can have different colours, but they are usually depicted as having gray or black fur. If you dream about a white wolf, it is a symbol of victory and protection and suggests an attempt of seduction, as well as the ability to identify good energies. 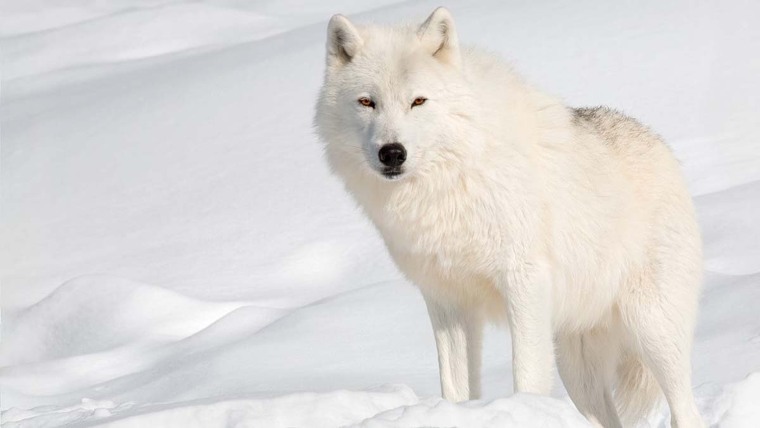 Dreaming about a Werewolf

One of the most popular magical creatures is the werewolf, also known as a lycanthrope. If you dream about one of these creatures, who has the appearance of a human being, but the ability to change into a beast during the full moon, your mind reveals your desire to develop the wild instincts dwelling in your heart.

Dreaming about Being a Wolf

In this peculiar case, the wolves’ way of living must be appreciated, since they would do anything for the pack. In this family context, where you care about the people around you, dreaming about being a wolf may predict financial problems to maintain the well-being of your loved ones; or perhaps it means that you have to break from your routine.

Your psyche is trying to warn you against something that you may discover yourself if you pay more attention to what you are doing. It may also mean that you will be able to hunt down those people close to you who pretend to be loyal to you but are nothing more than wolves in sheep’s clothing.

We have already explained that dreaming about wolves is associated with your most basic instincts, those that sometimes need to be controlled, even though you do not always know the best way to do it.

Sometimes people are afraid of what is out of human control, what is always free. Although you may believe that you are free, your actions follow a certain code of conduct, rules that are imposed on you and make you a prisoner.

Therefore, you might have to control your inner wolf, because the animal dwelling within yourself may be awoken by hunger and change into a ferocious beast capable of attacking anybody who comes its way.

▷ Would you like to know the meaning of any other dream you've had? Check it out on our Dream Interpretation section.