The Amityville murders made famous the haunted house on 112 Ocean Avenue, NY. 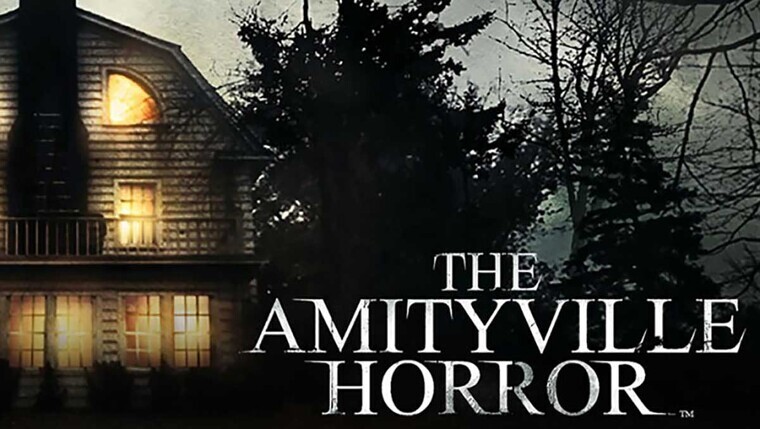 The Amityville horror based on the house on 112 Ocean Avenue, NY. |
The name of Amityville rings a bell, right? Most people have heard of it, either as a lover of mystery and paranormal phenomena or as a fan of horror movies. It was a tragic event, the Amityville horror is a true story that marked the history of the United States in the 1970s and caught Hollywood's attention and elevated a house on the outskirts to one of the most terrifying haunted houses of the twentieth century.

FREE APP AVAILABLE: Download our App to receive the Magic Horoscope on your phone like you used to before!

The case of the Amityville house is a set of strange events that occurred between 1974 and 1976 and took place at 112 Ocean Avenue in the small coastal town of Amityville, on Long Island, north of New York.

Inside the walls of the Amityville house was written a terrifying story on the night of Thursday, November 14, 1974, when Ronald DeFeo Jr, the eldest son of the DeFeo family, shot his parents and siblings in their sleep.

The police received a call that night from Joey Yeswit, who told them that a young man had gone to a bar to tell them that his entire family had been murdered. Yeswit went to the scene with Ronald and had seen the bodies. The authorities went a few minutes later to the Amityville house to discover the terrifying scene.

Ronald DeFeo said he was possessed by the devil and had murdered his parents and siblings while being in that state. Among other researchers, Ed and Lorraine Warren, now known by The Conjuring saga entered the Amityville house to appreciate this phenomenon at the request of the judge, to see what Ronald's mental health was like.

What could have remained one more crime became much scarier since 1975 when the house was bought by another family. George and Kathleen Lutz, both 28, purchased the property. Newly married, they had three children from Kathy's first marriage.

The house was pointed out by the neighbors after the tragic events, but the thing seemed to have only begun. As soon as they became owners, the Lutz asked a priest to come and bless the house, and while he was doing so, he heard a loud voice, coming out of nowhere, saying 'Get out!'

Many unexplained phenomena followed this voice, such as huge temperature variations, crackling on the floor, the presence of a foul smell, black spots, the exorbitant presence of flies... The Lutz found that Amityville's house was not their dream house, but rather their worst nightmare.

Also, the mother, Kathy, began to have nightmares about the DeFeo murders. The family members' behavior began to change all of a sudden. What happened on Lutz's last night in the house is unclear; they fled their home in the middle of the night, leaving furniture and belongings inside.

After many years of controversy, the post-DeFeo Amityville events were shown to be particularly exaggerated, and the only intention was to attract media attention.

Lutz teamed up with writer Jay Anson, who wrote a book that told the true story of their experiences in the Amityville house but was heavily criticized by specialists in paranormal affairs, as the novel was full of inconsistencies and distortions.

Many things have been said about Amityville. For instance, that Ronald Defeo Sr made exorcize his son because he was a Satan worshiper just before the murders, that a later inhabitant tried to kill his wife after seeing a ghost, that a family that had a replica of the house lived strange phenomena, that the last inhabitants were Satanists...

The house has changed owners on several occasions, and it is said that to buy it you have to sign a document of confidentiality, by which its owners undertake not to speak of paranormal phenomena.

The Amityville case becomes very popular because of the book, and soon Hollywood fixes its eyes on the story. The first film premiered in 1979 and became a film saga that currently carries more than twenty sequels.

As in other horror movies like Poltergeist, The Exorcist or The Prophecy, Amityville's movies have a reputation for being cursed. For one of them, the director hired a dubbing actor to put a voice to the devil, but he died in a gunfight, and finally decided to make a computer voice.

In 2005 a new version of the original film was made, and it is said by the producers that there were paranormal phenomena happening, such as lights that were turned on or off in the middle of the night, objects that disappeared, or that fell for no apparent reason. Also, during the filming, the real Kathleen Lutz died at the age of 59. Whether ghost stories of the shooting of the movie were real or not, they were recurring anecdotes during the promotion of the film.

Some of these horror movies draw on the real story of both the Lutz and the DeFeo families. Others are truly delirious stories, such as a dollhouse that recreates the Amityville house and turns out to be cursed, or The Amityville: Legacy, 2016, which tells how a Ronald DeFeo' toy is cursed, and when received as a gift makes a father crazy, wanting to kill his family.