Archangel Michael: Who He Was, His Patronage & A Prayer

Find all about the angel that defeated Satan 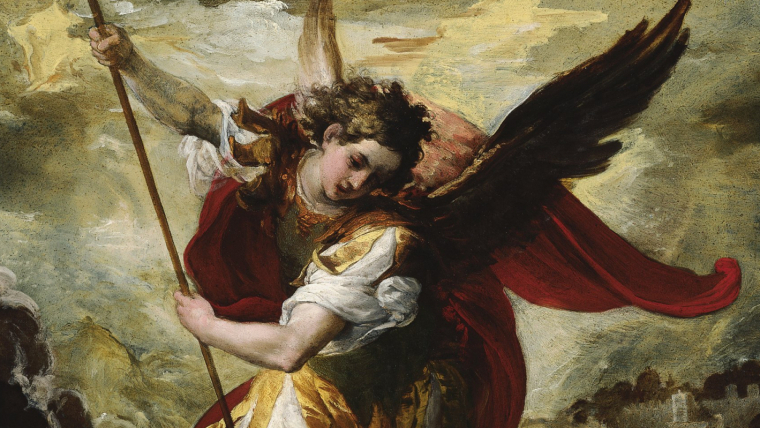 We've all heard about angels and archangels, who take care of us from up above. Kind-hearted creatures who look just like the rest of us, except for a pair of gorgeous wings. Angels watch over towns and cities, and inform the general population about important news; however, archangels take specific care of people and bring personal news. In that sense, you probably recall how Archangel Gabriel announced to Mary her pregnancy, by the work of God. But we won't be talking about Gabriel. Instead, we'll be focusing on Michael, whose name means who is like God?. 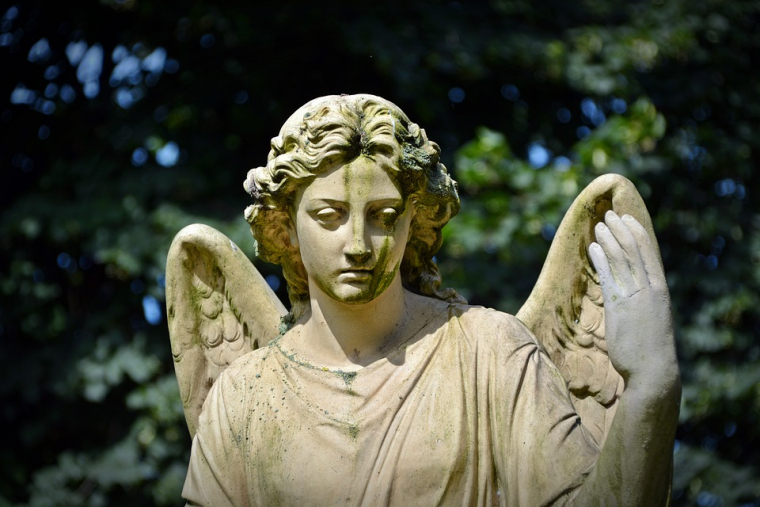 Who was Archangel St. Michael?

Archangel St. Michael is introduced as the protective angel for the people of Israel, and he is recognised in all three monotheistic religious faiths. In the Bible, St. Michael appears on the Book of Daniel and also the Apocalypse, just to name a couple of them. In fact, in what's known as the Book of Revelation, Saint John the Evangelist sets him in a fight against the devil.

Although his name isn't explicitly mentioned, sometimes St. Michael is acknowledged as the angel that held Abraham's hand still when he was about to sacrifice his son Isaac, as well as the one who appeared before Joshua in Jericho and gave him victory, and the one who helped King David defeat Goliath the giant.

St. Michael is attributed the position of head of Heaven's military forces, and that's why in imagery or sculptures he is represented as a very attractive young man wearing an armor, wielding a sword (and sometimes a spear, but that depends on the author), stomping on Satan or the devil (sometimes in the form of a dragon or snake), who lies down in surrender before him. This is an episode representing the victory of humankind over pride, good over evil. Also, Archangel St. Michael is responsible for escorting souls to eternal life.

He is also linked to other Christian stories, like that of Joan of Ark, the woman who guided the French in the war against the English, and who was burned alive at the stake after a heresy accusation. Saint Joan claimed to hear voices from Heaven, among which was St. Michael's, whom she saw next to other angels. According to her testimonial, when she saw them go she wept, because she would have wanted to leave with them.

He is mentioned in the appearances of Virgin Mary at La Salette (France) as well. Halfway through the 19th century, two shepherds claimed to have seen Jesus Christ's mother, and they received a message about how the devil would attack men on Earth, but that Archangel St. Michael would come out to assist mortals. 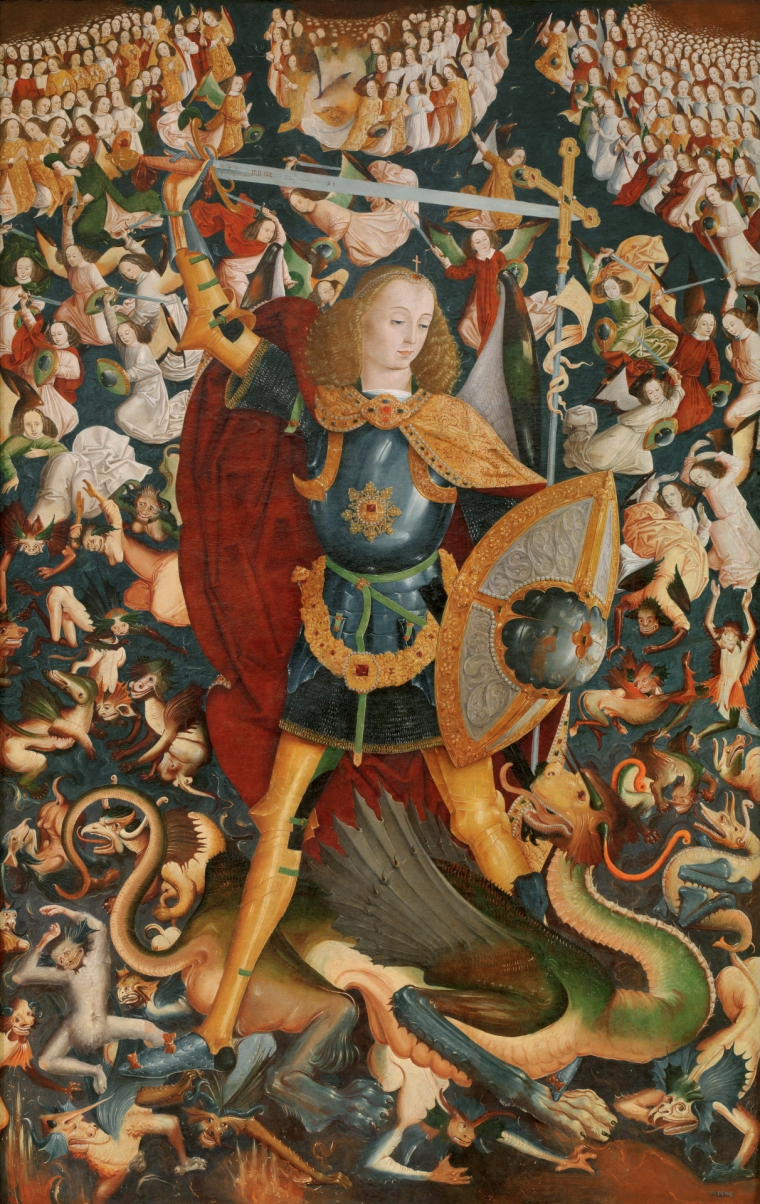 What's Archangel St. Michael's patronage, and when is his day?

Many towns around the world (in Spain, Chile, Ecuador, El Salvador, Mexico...) believe in this saint, consider him their patron, and pay homage to him on St. Michael's day, celebrated on September 29.

On that day there are festivities, pilgrimages and all sorts of celebrations, and the saint is usually brought out on a procession, with faithful devotees carrying his sculpture on a throne completely surrounded by flowers.

What is requested from him?

As with any other saint, St. Michael can be requested to make a godly intervention against any issue that's causing us distress (health, money, work, family, couples...). However, some of the most usual requests to summon him are as follows:

-The defense of the Doctrine of the Faith, which enlightens priests and believers.

-The defense of those falsely accused.

-The defense of the truth.

-The restoration of rights.

-The restoration of peace among individuals.

-Conversion and confession of sins.

-Refusal of errors and mistakes.

-The return to the Church.

-The rejection of revenge.

St. Michael is also perceived as a helper for heaven when performing exorcisms (that is, expelling a demon from a human's body). This makes perfect sense because, as we've said, he was the one who brought Satan himself back down into hell.

Someone who boosted St. Michael's protection in exorcisms was Pope Leo XIII, who had a terrifying vision of hell at the end of a mass, and he heard the voice of Satan threatening to destroy the church. Deeply disturbed, the pope made a special prayer paying homage to St. Michael, and ordered for it to be said out loud at the end of every Eucharistic celebration, which went on for years on end.

In fact, Archangel St. Michael has a very peculiar connection to the movie The Exorcist, which adapts a novel by William Peter Blatty inspired on a true story. An American little boy called Robbie was possessed by the devil in the 40s. They knew that evil had departed the boy's body when he had a vision where St. Michael came out for him and expelled all evil.

A prayer to Archangel St. Michael

If you would like to ask Archangel St. Michael to make an intervention in any of your issues, here is the prayer you should offer.

Be our help against evil and the devil's traps.

Let God use His power over him,

and give us strength to testify our faith.

We beg of you. And you, o Prince of the Heaven's militia,

so that you push Satan into Hell once more

and the other evil spirits roaming the world as well