The Best 8 Horror Movies Based on True Stories 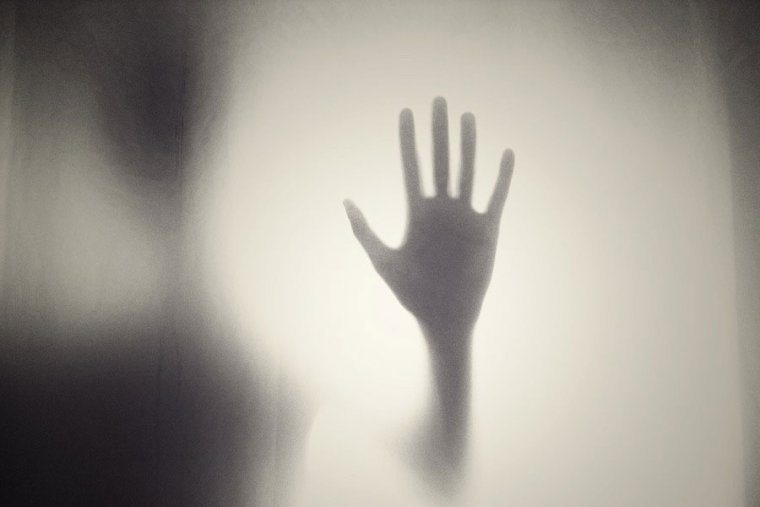 The best horror movies based on true stories | MAGICHOROSCOPE.COM

Horror movies were born almost with the history of the cinema; in the first screening of the Lumière brothers, people fled in terror thinking that the train they were seeing was going to come out of the screen and run over them. Over the years, the film industry did see a gold mine in frightening the viewer, even based on real stories. And so, today we are going to compile the nine best horror movies based on real facts.

The Best 8 Horror Movies Based on True Stories

Even though horror movies don't usually win any prizes, because they are seen as an inferior genre, here we will show you the best horror movies based on true stories.

In the movie "Psycho" we get to know the story of Marion Crane (Janet Leight), a woman that hides in a motel after having stolen an important amount of money where she worked.  What she didn't expect was that in the first night, a woman would stab her in the shower, which is one of the most typical scenes in the history of horror movies and the celluloid in general.

What few people know is that the Hitchcock movie is based on a novel written by Robert Bloch that compiles the adventures of the murderer Ed Gein, who was also a grave robber and who is said to have committed cannibalism. This same criminal inspired Tobe Hooper in 1974 for "The Texas Chainsaw Massacre" and Anthony Hopkins for his character Hannibal Lecter, the main character of "The Silence of the Lambs."

Curiously, the three films inspired by Ed Gein gave way to a great saga: 'Psycho' had three sequels, a spin-off, a remake, and a television series; "The Texas Chainsaw Massacre" had eight more installments between sequels, remakes, and prequels, and the character of Hannibal Lecter has appeared in a total of four films and a series.

"The Exorcist" is one of the best horror movies based on a true story; it even had some nominations for the Oscars. In this movie, we find the story of the actress Chris McNeal (Ellen Burstyn), who while she is getting divorced notices that her daughter Regan (Linda Blair) is acting strangely. The young girl seems absent, she sometimes has superhuman strength, and she has seen objects moving on their own around her house.

As doctors don't know what's the matter with her, she will resort to an exorcist priest (Jason Miller), to see if her daughter is possessed.

This production is a great example of horror movies based on true stories as it is based on a book written by William Peter Blatty which is inspired by the story of a child known under the pseudonym of Roland Doe (or Robbie Manheim) who was allegedly exorcized in the 40s, in Maryland, United States. His story, more or less true, can be seen in the movie "Possessed" from 2000, with Timothy Dalton, although it isn't very interesting.

As in other cases, previously mentioned, "The Exorcist" opened a series of films and series: it has two sequels, two prequels and a television series created by HBO for two seasons. In the first one, the story connects with the original movie and the exorcism of Regan McNeal but in present times.

This Horror movie tells the experiences of the marriage formed by Ed and Lorraine Warren (Patrick Wilson and Vera Farmiga), who decide to help a family in whose house are happening paranormal phenomena.

Objects that move, ghosts, noises, clocks that stop and even the mother (Lily Taylor) starts having some bruises on her body without any apparent explanation.

Without any doubt, "The Conjuring" is one of the best horror movies based on a true story from the last decade, and it has been interesting for many lovers of the mystery to get to know the Warrens better, who really dedicated their lives to fight against the spirits and the forces of the evil.

The movie has a sequel, 'The Conjuring 2', which is based on the real case known as 'the Enfield case,' and a spin-off with its corresponding sequel, 'Annabelle,' a possessed doll that appeared in one of the Warrens' case.

This movie, as "The Conjuring," tells the story of a case in which the Warrens were involved.

In the movie, a boy kills all his family in a house in Amityville; a home that the couple formed by George and Kathie Lutz (James Brolin and Margot Kidder) buy later on, where they live a nightmare that will last 28 days.

The real story happened in 1974 when Ronald De Feo murdered his parents and his four siblings while they were sleeping at the request of a voice he could only hear that told him to kill everybody. Soon after, the Lutz marriage moved to that house and lived paranormal phenomena, including a supposed possession of the father.

Without any doubt, "Amityville" deserves being in this list of the best horror movies based on true stories because of the fans legion it has; if not, after the first film they wouldn't have created twelve other movies based on the same enchanted house.

There is no doubt that "A Nightmare on Elm Street" is one of the best horror movies based on real facts and one of the indispensable titles of the horror film industry of all times. Who hasn't been scared because of Freddy Krueger and his knife glove?

In the first movie, we get to know Tina Grey (Amanda Wyss), an adolescent that has nightmares that feel real for her, in which a man with a burned face stalks her, he wears a green and red jumper and a glove with knives in what seems to be an old factory.

In one of her dreams, Tina dies, and as her friend Nancy (Heather Langenkamp) has dreamt with the same person, she starts investigating about it. So they will realize that that monstrous being is Freddy Kruger, who was murdered violently by the parents of the young friends that have nightmares.

The way in which Wes Craven looked at the reality to be inspired by the film has a double aspect: on the one hand, the filmmaker created Freddy by a memory of a man who stared at him in the street while he was a child. On the other hand, the theme of nightmares is inspired by several cases that occurred in Asia in the 1980s, by people who died while they were asleep in an inexplicable way. Specifically, one of the dead didn't want to sleep under any circumstances, so he drank coffee to stay awake and spat out the sleeping pills that his family gave to him.

"A Nightmare on Elm Street" had, later on, nine other movies between sequels, crossovers, and reboots and it also won a television series.

Authentic quality horror movie! Veronica (Sandra Escacena) is a young teenager from Madrid in the 90s who plays Ouija with her friends at school, but that invocation to the spirits seems to have awakened a dark force that has stuck to her.

The original story happened in the same decade and the same Spanish city, although its main character was called Estefanía Gutiérrez Lázaro, a young woman who, after playing Ouija, to talk with the deceased boyfriend of a friend, began to feel strange presences and to live paranormal phenomena. One night in 1991, she died in an inexplicable way.

Her family says that after her death, peculiar events continued to happen in the house, shadows that wander, ... A case that is known as the "Vallecas file," because on one occasion the police went to their house, during the demonstration of a poltergeist. A spooky story that led to one of the best horror movies based on true stories.

Before "Verónica," Paco Plaza was already inspired by a real case for his film 'Romasanta, the werewolf hunt,' starring Julian Sands and Elsa Pataky. It narrates how people from Galicia lived afraid because of the alleged attacks of a werewolf, who had already killed several people. Was the merchant, Manuel Blanco Romasanta (Sands), that lycanthrope who had to be feared?

Manuel Blanco Romasanta existed and had the nickname of The Werewolf of Allariz. Romasanta was a merchant who traded ointments, which were said to be made of human fat. It was proven that he had killed at least nine people, and in his defense, he claimed to have been bewitched by a witch who made him a werewolf, and he couldn't control himself when he entered such a state. His case had already been adapted to the cinema in Pedro Olea's 'El Bosque del Lobo' (The Wolf's Forest), with José Luis López Vázquez as Benito Freire, a character based on Romasanta.

In "From Hell", Johnny Depp is Frederick G. Abberline, a policeman in charge of investigating the bloody murders of prostitutes that devastated the Whitechapel neighborhood in London.

This horror movie is inspired by the comics of Alan Moore and the cartoonist Eddie Campbell that compile the case of the murderer known as Jack the Ripper, who killed at least five prostitutes in 1988. Of course, at the end of the movie, Abberline will find the criminal, and that is nothing more than a film license because the identity of Jack remains a mystery.

The adventures of Jack the Ripper (the name with which he signed one of the letters sent to the police) have been adapted numerous times to the cinema, and the first one of them dates 1927.

And with "From Hell" we finish this list of the best horror movies based on true stories.