The TV series “Dark” explores the possibility of time travel according to the discoveries made in quantum physics.

1
“Dark”: An addictive thriller full of wormholes
2
Dark’s theory about time travel
3
Quantum physics: Between fiction and reality
4
The link between the “Dark” series and the quantum double theory
4.1
1. The Doubling time theory and the quantum self
4.2
2. Black holes: space-time portals 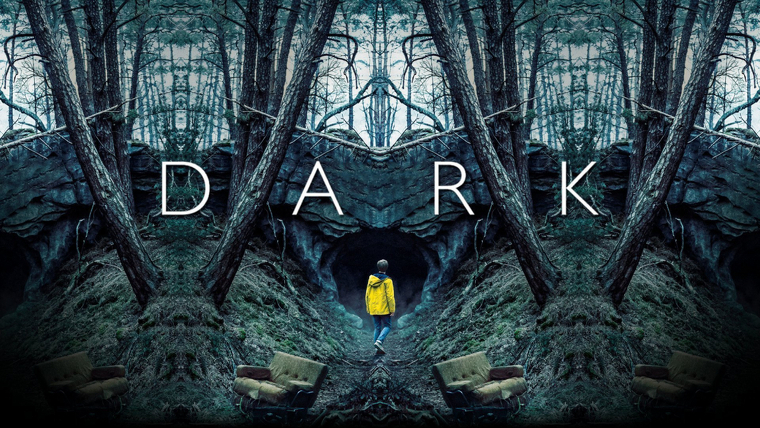 The TV series “Dark” on Netflix has uncovered the key to time travel. |

Is it likely to find a gateway to another dimension that allows time travel? And if so, would it be possible to connect with your other self in another reality? The hopes of overcoming space-time constraints that tie human beings to the here and now have been growing since scientists like Albert Einstein and Stephen Hawking opened the door to this tempting possibility.

In the past few decades, the full potential of time travel has also been used in fiction for the setting of fantasy worlds. At the height of the series that show a wistful longing for the golden age of science fiction, the German production “Dark” is presented as one of the most ambitious series of this kind.

In fact, everything happens on 5th of November, a subtle but clear nod to the movie “Back to the Future”, which introduced this idea in fiction in 1985.

In the past few years, the American TV series “Stranger Things” has become very popular on Netflix. A tribute to the ‘80s Hollywood movies, it includes supernatural forces, secret laboratories, government experiments, telekinetic powers and paranormal events that recreate that longed-for cyberpunk era.

The starting point of “Dark” is exactly the same: a teenager disappears under mysterious circumstances. However, throughout the episodes it can be noticed that, while “Stranger Things” cannot escape its aesthetic dimension, which is clearly commercial, “Dark” has the audacity to delve into the dark corners of quantum physics.

Everything takes a turn when the protagonist, Jonas, and his friend, Mikkel, enter a dark cave found in the forest. Then, the events speed up and, without realising it, you find yourself lost in a new reality: you are no longer watching a thriller, but something much more wonderful and complex.

The explanation is given much later, after the chain of contradictions has fulfilled its task of playing with the audience’s mind.

So, it seems that Jonas’s friend, Mikkel, who disappears just at the beginning, is none other than Michael, the boy who portrays Jonas’s father in the past, who committed suicide in the first scene of the series. Thanks to a mysterious character who guides him, Jonas discovers a hidden portal in the cave that allows him to travel back in time, to 1986 and 1953.

Later, it is revealed that this mysterious character is none other thanthe Jonas of the future. He has a conversation with a clock-maker who in 1953 had developed an interesting theory about cyclical space and time travel.

The clock-maker H. G. Tannhaus wrote a book called “A Journey Through Time”, in which he speculates about the lunar-solar cycle in which everything is repeated every 33 years. Number 33 is repeated in the great events of the story and coincides with the leaps in time that occur in the small town of Widen: 1953, 1986, 2019.

In the words of the author himself: it is like being in a great dark room forever and seeing a light on the horizon. The halo of light should always go in the same direction. There is no reason to think that it can be moved to the opposite side of the room.

But the wormhole changes the topology of space-time, bends it, and so, nothing is where it originated. Therefore, the question is not how, but when

At the request of another important character, Claudia, the clock-maker designed a machine to close the portals that are used by a sinister priest to kill children and make them travel through time. However, the device does not work but, when Jonas forgets his smartphone in his 1953 workshop on one of his trips, the clock-maker finds the solution.

According to the "Dark" series, it is possible to time travel through wormholes. |

The electromagnetic waves of the phone alter the cesium charge of the device and puts it in motion, just as the nuclear explosion in 1986 (a clear reference to Chernobyl) had opened a new portal in time. At the end of the series, Jonas uses the Tannhaus machine to open a wormhole connected to the future: 2052.

Quantum physics: Between fiction and reality

The series’ background has an unreal dimension which is characteristic of this type of fiction projects, but it gets surprisingly close to the time travel theory of scientists like Albert Einstein and Stephen Hawking, who broke with the deterministic perspectives that understand the articulation of time and space as a flat and linear dimension.

In fact, the clock-maker explains that the smartphone waves generate a Higgs field in the time machine that increases the mass of cesium and implodes in a black hole. This is based on Peter Higgs’ theory, the last great revolution in quantum physics, which presents the concept of a quantum field that encompasses the entire universe.

The series addresses another interesting debate about the possibilities opened by this revolution in quantum physics: is it possible to change the course of events? The audience may wonder why Jonas’ father, Michael, commits suicide instead of trying to avoid his own disappearance. The answer is simple: he discovers that he cannot change the past.

Tannhaus offers a philosophical but very interesting view of this issue. Initially, he expresses the temptation to visit the past to change the course of events, which would give a clear purpose to a person and an important role to his life. However, he ends up accepting that dreams change and that his place and time is the here and now. 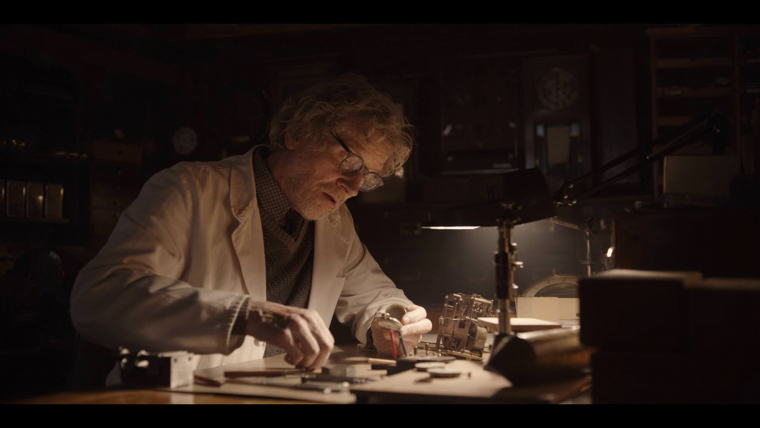 The clock-maker H. G. Tannhaus provides a scientific basis for the TV show. |

All these issues open up very interesting questions revealed by Jonas: do things have a purpose? Is reality created by causality, God or ourselves? Or is this a “de novo” creation in a recurring eternal cycle and we are nothing but slaves to space and time?

The link between the “Dark” series and the quantum double theory

The French scientist Jean-Pierre Garnier-Malet provides a way out of that frustration through a tempting theory about the possibility of connecting with your quantum self while you sleep. This idea introduces two theories that support the events taking place in the “Dark” series.

1. The Doubling time theory and the quantum self

In one of the episodes, the character of the old Claudia draws up on a wall a complex map of photographs, joining with threads the photographs of the main characters as children with those depicting them as adults. 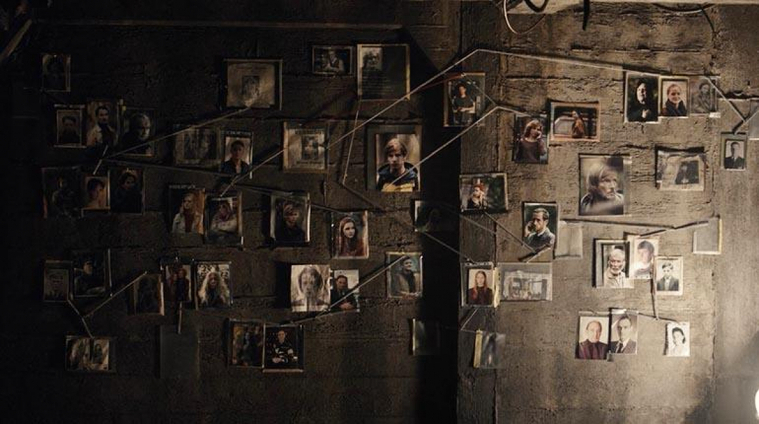 All the characters are connected to their quantum self. |

In other words, it represents the relationship between quantum pairs that come into contact with each other throughout the series.

The contact between adult Jonas and young Jonas triggers the contacts between characters of the present and their counterparts of the past, which introduces an interesting question: is there a quantum self? And if so, can we contact him?

This connection occurs in the most altered state of consciousness, which is usually the REM phase of sleep. Moreover, the purpose of these journeys in time in which you connect with your quantum self is, theoretically, none other than to anticipate the mistakes you will make in the present.

The climax of the plot, in the last episode of the first season, is presented with the opening of a wormhole that brings Jonas into the future.

Wormholes, also known as Einstein-Rosen bridge, are a hypothetical shortcut in space-time, which are described in the laws of relativity as two ends connected to a single tunnel where matter is filtered.

The first hypotheses become relevant with the discovery of black holes in the universe, which, according to astrophysicist Stephen Hawking, demonstrated the second principle of thermodynamics: the amount of entropy in the universe tends to expand over time.

That is, black holes are wormholes that work as space-time portals. As it was already mentioned, in “Dark”, the opening of portals is due to the electromagnetic charge that increases the mass of cesium and implodes in a wormhole through which an individual can travel in time.

Although in “Dark” that possibility is represented by a clear excesses of fiction, such thing would not be so far-fetched considering the latest findings of a black hole that moves at such speed that it alters the space-time coordinates.

In any case, it may seem to us now as fanciful as centuries ago it seemed the idea that the earth is round.