Dowsing: Rods, Pendulums and Boards in the Divinatory Arts

Learn all about dowsing, otherwise known at radiesthesia, and how radiesthesists use their skills in many different fields 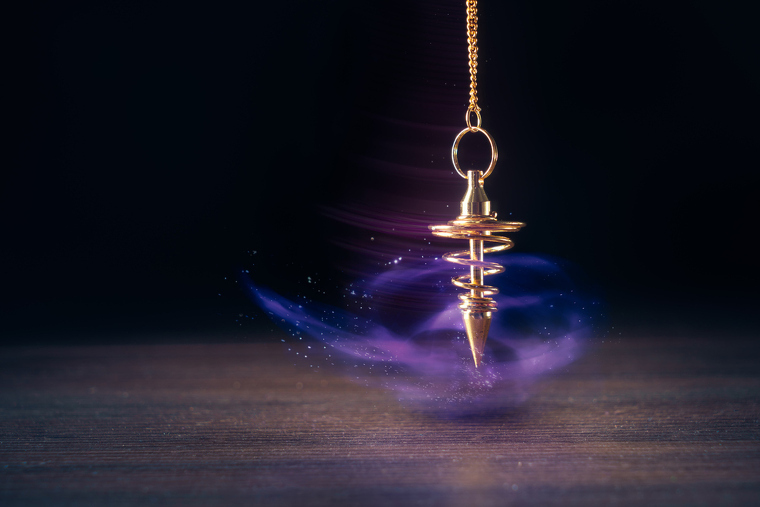 Radiesthesis, or dowsing, received its name in France. It is Abbot Alexis Bouly (1865–1958), known as the "father of radiesthesia", who gives it its name, as it was formerly known as rhabdomancy.

To find out what and what this technique consists of, read the following article, in which you can discover, among other things, what it means when the rods are crossed in radiesthesia.

The radiesthetist combines two skills. An in-depth knowledge of human anatomy and mastery of a gift that in theory have given us all (but in some has laid dormant) which is the perception of natural magnetism.

Radiesthesia is considered an art of divinatory detection, based on an individual's ability to perceive extraordinary sensations,  given the etymological origin of the word, which comes from Latin  radium, radiation, and Greek  aesthesia, that is, perception by the senses. So we almost talked about seeing the invisible. Thus, radiesthesia consists of a technique of searching for substances or physical masses, thanks to the radiation they emit.

Experienced radiesthetists work by adjusting their magnetic flux to that of the object they are looking for, whether archaeological remains, water pipes or minerals. They can use several types of tools to do this. 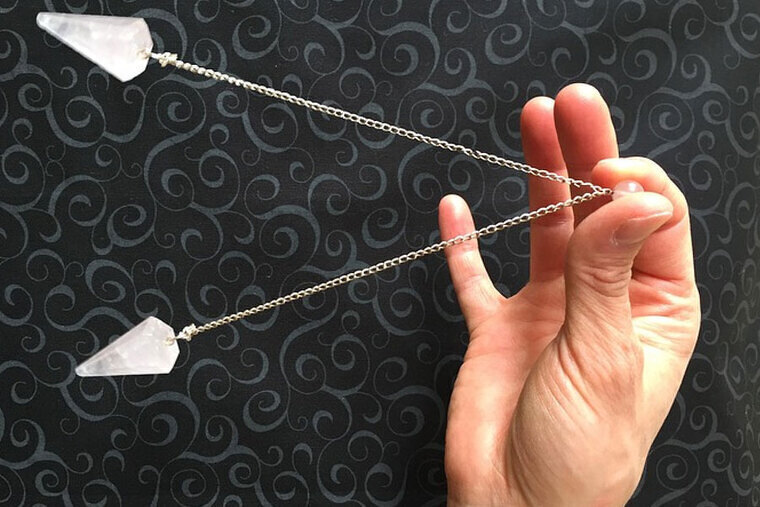 Many experts in radiesthesia also use the pendulum, or other similar objects, that allow the zahorí to find that material he is looking for. The pendulum is a receiver of energy variations and intuition amplifier, and therefore helps the clairvoyant.

Although resonance with the magnetic and vibratory fields of beings may resemble communication with the invisible, the divinatory pendulum acts, albeit in a very subtle way, interacting with the electromagnetic variations in the place.

The type of rod used seems to be of little importance, although the use of hazelnut is common. Assembled wire ends, in the form of letter L or Y, are also used.

How to use radiesthesia rods? Simple. The radiadist takes the ends of the rod gently through the open palm of the hands. The intensity of a perceived movement can be seen more easily by placing the two wrists at different angles.

What does it mean when the rods are crossed in radiesthesia? When the radioesthesist (also known as a zahorí) passes over a critical point, the rods will cross (or the hazel branch) will lean sharply downwards or may suddenly deviate to the left or right. That means he's found something.

The tables of radiesthesia 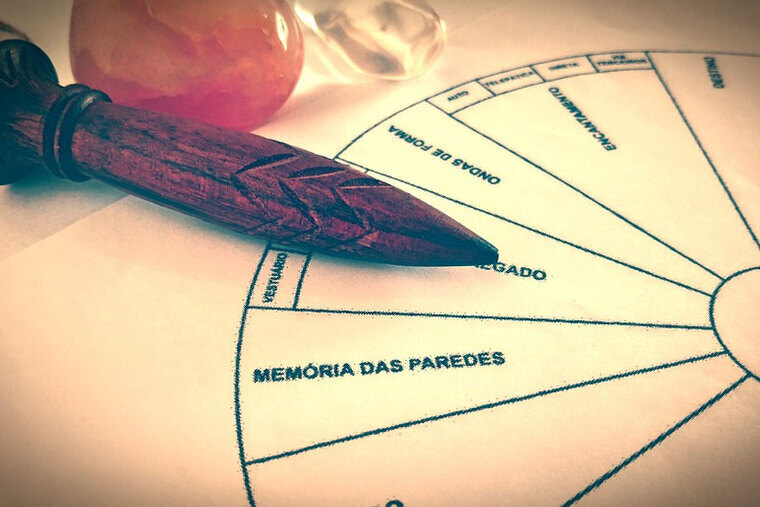 Of course, a pendulum cannot be expressed orally, nor can it be directed up or down like radiesthesia rods. However, it rotates, moves, oscillates, jingles and that's the way it can communicate.

In order to optimize the information that can be obtained by using it, the pendulum can be used in combination with the radiesthesia tables. When we look for the answer we want in these tables we must gradually pass the pendulum on it, and it will change its oscillation when it detects the point with the answer to our question, such as making circles on that point.

In searches for missing people, some also use a photograph and the radiathetist resonates with the person through photography. You will thus connect with that person's energy and may perceive it (or not) in the place.

Some celebrated experts in radiesthesia 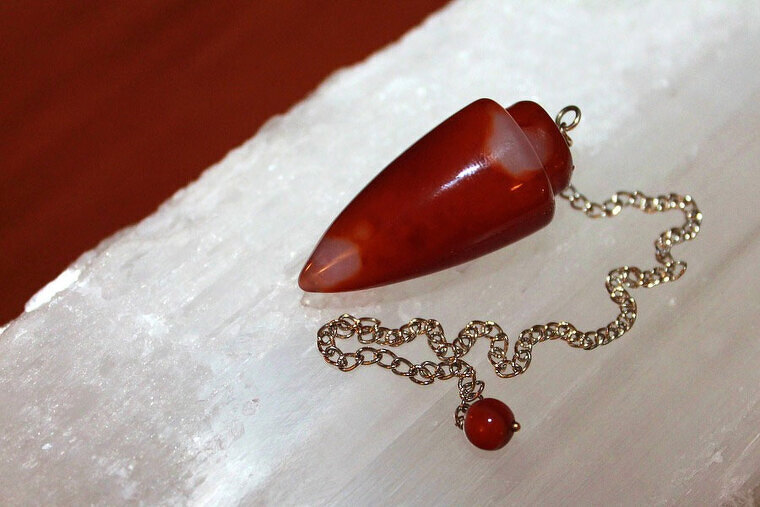 As has been explained, Alexis Bouly is the father of radiesthesia, and thanks to it various sources and archaeological sites were discovered all over the world, as they were called from various places. After World War I, its services were used to detect projectiles that had not exploded. For Bouly"every body, animal, vegetable, mineral, is an accumulation of energy whose vibrations are spreading throughout the universe." In 1929 he created the Society of Friends of Radiesthesia.

The radiation on teller Joseph Treyve said he had discovered eight hundred and forty water points. It is said that the Nobel Prize in Medicine, Alexis Carrel, lent him a watch and asked him who owned it. Treyve, using the divination pendulum, perfectly described the owner, who turned out to be the famous aviator Charles Lindberg.

Authorities have sometimes asked officials for radiosthesia to find missing people or criminals. In the 17th century, in Lyon, France, Jacques Aymar became known working with the police as he found thieves and murderers successfully. His story tells us that he went with his radiesthesia rods to the grave of a murdered woman while searching for water, and that his rods led him to the murderer, who was her husband, who fled. That's how he began his facet as a detective. Another celebrated radioesthesia expert was  Jean-Louis Crozier, who found and pinned down hundreds of people. 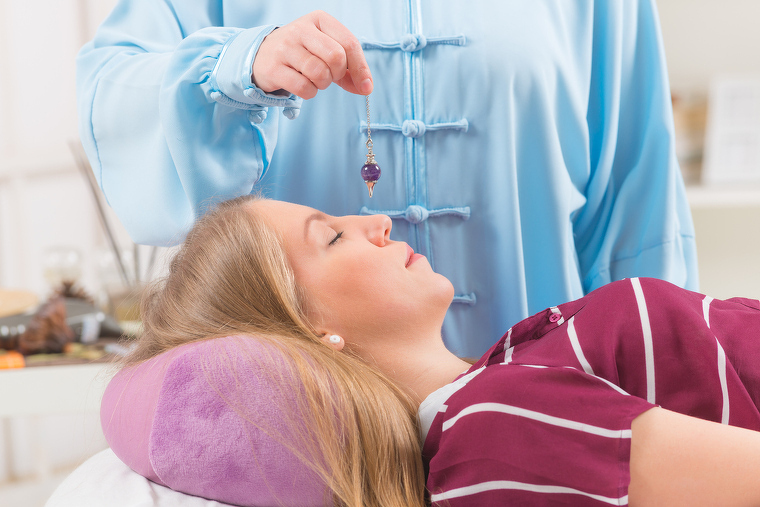 Radiesthesia is expressed in many fields of application, but it is probably in the field of health that it offers its best benefits. The radiesthetist, through the radiesthesia rods, the pendulum or his own hands, will focus on detecting and analyzing the waves emitted through his patient's chakras, as well as exerting energy healing on those points.

With your gift, you will try to detect imbalances related to a disorder or pathology. In addition to the radiesthetic oscillation itself, the patient's interrogation will enrich the therapist's sensory perception.