Are You Afraid of Getting Lost in a Magic Forest? Six Dark Forests

Aokigahara, Orrius and the Black Forest. A terrifying guide to six enchanted forests that will give you chills.

1
Are you afraid of getting lost in a magic forest?
1.1
1. Aokigahara, suicide forest
1.2
2. Orrius and its magic forest
1.3
3. An enchanted valley : the magical forest of Baztán
1.4
4. The bewitched forest of Epping
1.5
5. Transilvanian terror: Hoia Baciu enchanted forest
1.6
6. The mysteries of the Black Forest 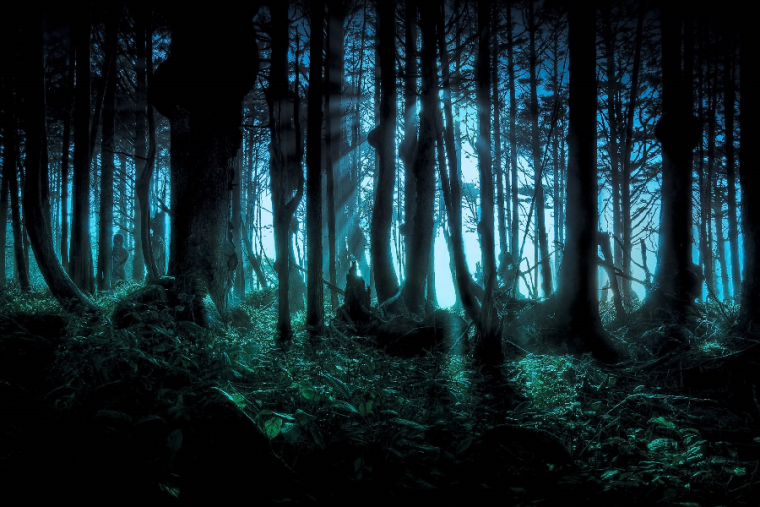 These are the most terrifying forests in the world | magichoroscope.com

Since ancient times, forests have represented the border between civilization and the unknown, a melting pot of myths, legends, rituals, and wicked witches, slowly cooking under the flame of superstition. Around the world, there are dark forests with chilling histories that still manage to attract the most daring of travelers.

Since of break of dawn, forests have been temples of animism, a somewhat irrational belief that attributes a living soul to plants, inanimate objects, and natural phenomena. Are you brave enough to step into the six most terrifying enchanted forests?

Are you afraid of getting lost in a magic forest?

At the base of great Mount Fuji lays a seemingly tranquil forest which the Japanese call ''Sea of trees'' and that officially is called Aokigahara. Around the world, however, it is known as ''Suicide forest''.

The mystery surrounding this dark forest dates back to at least the beginning of the 19th century. In times of famine, families who could no longer feed their elders and infants would abandon them in the forest. This is how the legend of the forest spirits started.

Aokigahara's reputation as a mysterious place earned it a special mention in Seicho Matsumoto's 1960 novel, which ended with a couples' suicide. Over time, the forest became a sinister pilgrimage site for people wanting to commit suicide, a trend that increased after the 1993 launch of Wataru Tsurumi's ''The complete manual of suicide'', a book that called Aokigahara the ideal place to take ones life.

For many decades now, people have considered Aokigahara a mystical place to commit suicide, which has given it the macabre name of ''Suicide forest''.

2. Orrius and its magic forest

The magic forest of Orrius, on the other hand, is exactly what it looks like. This area located in the province of Barcelona is not short on mystery, and the brave travelers that enter the forest are immediately trapped by the skeleton-like trees, strange stone structures, grottos, caves, and untravelled paths.

It's difficult not to become overwhelmed by the ghostly legends and mysterious stories that surround this forest. The colossal stone slabs seem to sneak up behind you and make you feel as if you're being watched by the many Mayan-inspired stone heads and the moais (gigantic statues from Easter Island). There is even a giant statue of an elephant that presides over the middle of the forest.

Deep down, inside the magical foliage, lived the infamous bandit Perot Rocaguinarda who would rob people, and who became an inspiration for some of the scenes in Don Quijote. In the middle of the forest, there is an enormous stone with mysterious crosses engraved on it, which was allegedly done by Perot himself to represent every person he had killed.

There is also a story about sacred rituals being performed by witches in the forest of Orrius, many of these performed inside a cavernous rock. All of these elements make Orrius a magic forest where legends of elves and spirits give it an even gloomier appearance.

3. An enchanted valley : the magical forest of Baztán

The luxurious and humid abyss of mystery has long enveloped the Navarran area of Baztan (Spain). This is a mystical place where the line between reality and myth, magical and supernatural has been blurred for many years.

Navarran author Hasier Larretxea, who spent his childhood and adolescent years in a small village of 300 inhabitants in the Baztan valley, uses his book ''"El lenguaje de los bosques" (The Language of Forests) to describe the area as being rife with histories of ''bootleggers, deadbeats and witches''; situated a few kilometres away from the famous medieval coven of the Zugarramurdi witches.

A mystical valley with sacred energies, engulfed by thick fog that has become a melting pot of legends and myths, passed down from generation to generation. A strange animistic theory that endows the forest with its own spirit and gives way to the creation of terrible, magical creatures.

One of these creatures is called Basajaun, master of the forests, a sturdy, furry creature with a long mane and incredible strength. Another monster is Tarttalo, a Basque adaptation of Homer's Cyclops, whose enormous body supports a one-eyed head. All of these creatures and many more inspired  Dolores Redondo's book,  ''The Baztan trilogy'' and a recent movie directed by Fernándo González Molina: ''The invisible guardian''.

4. The bewitched forest of Epping

South East England is home to a vast area of trees, meadows, bushes, marshes, and lagoons, surrounded by vibrant colors, mainly dark green, that give this place an aura of placid insular beauty. Sadly, it's nothing more than a terrible illusion: ever since the 1960s numerous bodies have been discovered buried in the damp soil of the Epping forest.

The sinister legend of Epping started in the 18th century when a famous highwayman called Dick Turpin tuned the forest into his favorite hiding place. He would hide in dark caves and attack travelers who he would rob and kill.

Turpin's soul and those of his victims seem to have taken hold of the dark, cold forest where at night you can still hear voices, screams, cries, and shrieks that give you chills. Perhaps it was this mixture of mysticism and crime that has turned the forest of Epping in the perfect spot for murderers to hide their victims ever since the 1960s.

All of these legends give Epping a truly terrifying air and make it an ideal pilgrimage place for those who are passionate about the dark arts.

The pantheon of enchanted forests could not lack one of the most mysterious and magical places in the world: Transilvania. The superstitious depths of the Carpathian mountains are home to a three-kilometer forest, whose beauty hides multiple layers of horrifying myths and scary legends.

Many people call it ''The Transilvanian Bermuda Triangle'' because, according to legend, this forest represents a magical space where times becomes relative. All those who enter the forest experience memory loss and disorientation, due to time being somehow altered.

This is how the myth of mysterious disappearances began: allegedly, a shepherd once entered the forest followed by his two hundred sheep but never made it back out. The forest is also famous for its hallucinogenic effects; it is said that once you go into the forest, you start feeling nauseous, you get headaches and might experience visions.

To make matters worse, the stories about UFO sightings and other strange aircrafts flying above the forest only increased this Romanian's forest paranormal reputation. One of the legends talks about a biologist, Alexandru Sift, that visited the forest in 1960 in an attempt to record its mysterious activities. After conducting a few experiments, Sift claimed he felt disoriented and bewildered. 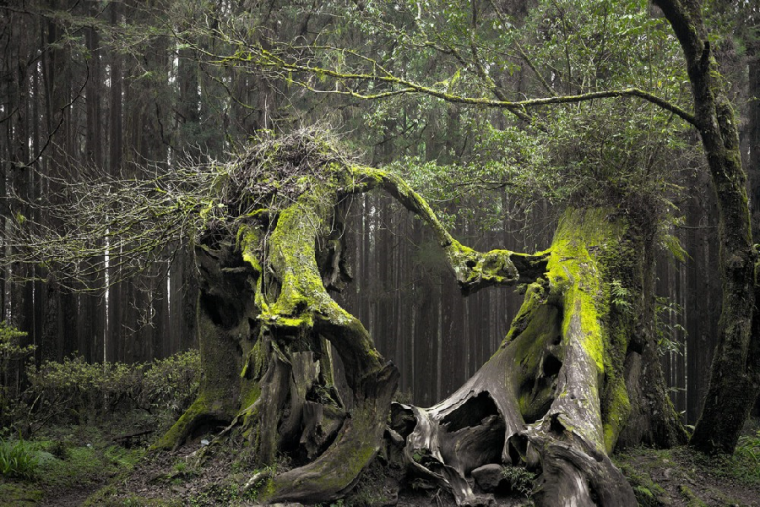 6. The mysteries of the Black Forest

The Black Forest gained its name because of the shadows that surround its thick foliage and that make it extremely difficult for sunlight to touch the ground. The fungal darkness that spreads over the Baden-Württemberg mountains (in Germany) is home to a local superstition that has given people reason to believe the forests in this area are magical.

Many brave travelers have ventured inside the belly of the beast. Some of them do it because of the forest's beauty: it is no doubt one of the most splendid forests in Europe. Others visit this place due to its literary mysticism: the brothers Grimm used this location in many of their stories.

The majority of people, however, are attracted by the array of magical phenomena that is associated with this enchanted forest. There is the myth of the werewolf which resides in the forest's lagoons, the one about soul-sucking witches that attack unsuspecting travelers and even a legend about the Devil himself appearing in these forests. Other legends tell the story of a headless rider, atop a white horse, and of a monster that would kidnapp young women and drag them back to its den.

Are you brave enough to wander into the thick, dark Black Forest and spend the night with its inhabitants?