The Keys to Karma: Does it Really Exist?

Discover Karma and the 12 laws that rule it 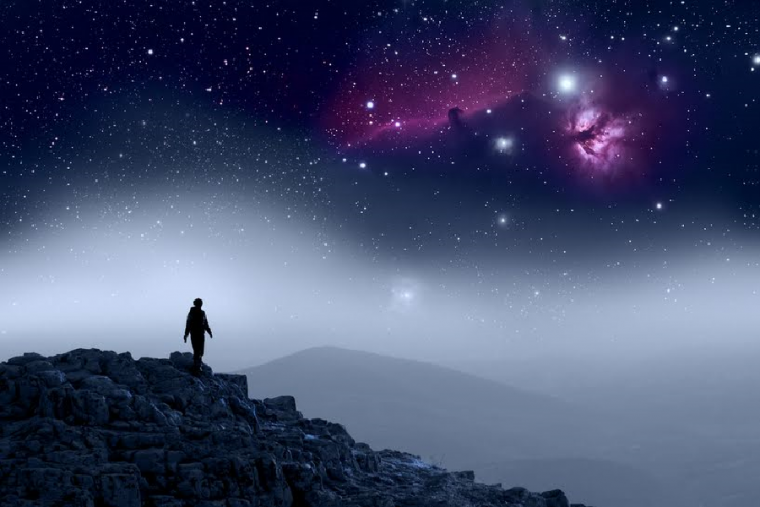 Surely you've heard of Karma at some point in your life. However, sometimes what we hear is untrue or a highly simplified version of what this concept really implies: A philosophy on life. Understanding Karma and living by its laws means changing your way of being and acting, starting to make a change towards perfection. We'll give you some keys to this concept so that you can better understand what Karma is, how it works, and how it can help you in your everyday life.

Karma is a concept developed by eastern philosophy to designate the metaphysical mechanism that justifies existence in a cyclical way. For example, it's like a moral circuit in which the actions of a person come back to them exactly as they have executed them. So, a positive action has a positive outcome, while a negative action brings negative effects to the person as a consequence.

This is the most well-known part of Karma, but really the concept goes so much further: it's an entire life philosophy. Karma  justifies a cyclical existence in which actions have a direct consequence, that's reciprocal and automatic, and thus it works as a warning mechanism. This is about a transcendent energy that travels through our actions, and the fact that energy is not born nor does it die, but rather transforms, and ends up coming back to us sooner or later.

Unlike a linear and progressive vision of life (like in western cultures, for example) in which actions don't have consequences outside of the moral ones, Karma implies a vision of life as a path to perfection.

So, in reality, Karma is an energy that transforms actions by way of the law of cause and effect, and like in all religions and dualistic philosophies, it's based on the existence of good and bad. But, since this concept is more complicated than it seems, we're going to delve deeper into certain aspects that will clear this concept up.

The 12 laws of Karma

The most important thing is to understand how Karma acts. This could be an immediate effect (Praradbha Karma), that comes with the feeling of satisfaction (for a positive action) or remorse (for a negative one) in the same moment when we execute a certain action. A mid-term effect (Sanchita Karma), when over the course of a few hours, days, weeks, our mind is in a pleasant or unsettled state depending on whether we've done something good or bad; or even in the long-term (Agami Karma), with this action being returned to us with the concept of retribution or vengeance.

To understand Karma in-depth, most importantly, you need to understand the twelve laws that rule it:

1. The law of cause and effect

A great law of Karma: as creators of energy in a universe of energies that are in constant motion, each action that we carry out will be paired with an energy that will come back to us tenfold.

2. The law of creation

This law is related to the concept of reproduction within the natural cycle and demands an active attitude from us. The idea is that we should work hard to fight for what we desire. We create our own desiny.

3. The law of humility

What you neglect to accept will continue to happen. This law of Karma serves to help us to accept that negativity is just one more aspect of life that we have to help us to grow and improve.

4. The law of growth

The key is to create change not through a physical movement (changing homes, jobs, partners) but rather through an internal transformation: changing your way of living means changing your thoughts, actions, and feelings...

5. The law of responsibility

Blaming others for everything that happens to us is a ridiculous way to shake off our responsibilities. In order to change the external, you must take responsibility for your actions and change the way that you act.

6. The law of connection

Our life is a chain of actions, each one of which is connected to the following one. In order to reach the final result, you have to start from the beginning, and take each step with the following one in mind. And continue on this way until the end.

In order to take things step by step, as stated in the law of connection, it is necessary to focus all of our energy on a single step. This means that taking on several things at once leads to frustration and negativity.

8. The law of giving and hospitality

This law states that nothing that you think or say is true unless you prove it. In other words, put everything that you firmly believe in into practice. Do you believe in friendship and love? Then give all you've got to your friends and others.

Forgiving your mistakes from the past and letting them go is a preliminary and necessary step to take in order to be able to focus all of your positive energy on the present.

The only thing that's constant in life and the universe is change, and even if we try to neglect or ignore it, change happens, and all that's left is suffering. Evolving with change means choosing to change our lives.

11. The law of patience and compensation

A radical change won't be deep or real, because the compensation of the final result is not this, but rather it is the satisfaction of the path traversed in order to reach the final destination. And the path is a patient construction of this change.

12. The law of value and inspiration

"Karma is experience, experience creates memories, memories create imagination and desire, and desire creates Karma again" (Deepak Chopra). "With each crime and each kindhearted action, we give rise to our future" (David Mitchell). "Just like gravity, Karma is so basic that sometimes we don't even realize that it is there" (Sakyong Mipham).

These are just a few of the many Karmic quotes that help us to understand this philosophical concept in a more tangible way.

Without taking into account how skeptical or how much of a believer one is in the world of energies, the laws of Karma are a journey towards a radical change in how we experience life, an internal transformation that brings us closer to happiness and perfection.

Subject to our mental framework ruled by western culture, and trapped in a society that demands immediacy, productivity, and consumption, we tend to live our daily lives in a time vortex that keeps slipping away, the slow disappearance of moral values, and frustration that brings negativity and depression along with it.

The importance of Karma, so unjustly branded as a system of compensation and vengeance, does not reside in the idea of positive and negative actions being repaid, but rather in the laws of karma.

Trying to follow these laws on a daily basis implies changing our perspective on life and how we should act. Our existence is a succession of actions that we should carry out focusing all of our positive energy on the present, and personal good that then becomes the common good. We form a part of the universe, and our actions form a part of the energy cycle that has no beginning nor end, but instead is constantly transforming.