1
What is a lost soul?
2
What are blessed souls?
3
Does Purgatory really exist?
4
Praying to the souls in Purgatory
5
The legend of the Anima Sola
6
Becquer's Spirits' Mountain and the Night of Blessed Souls in popular culture 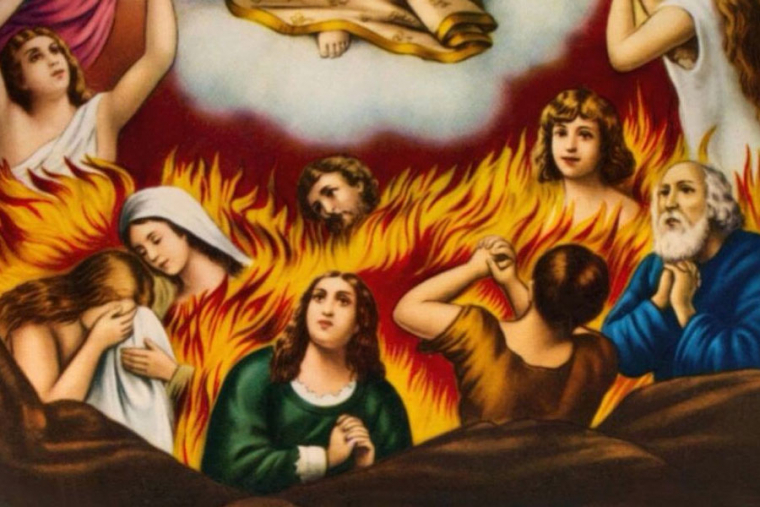 What happens to us once we die? Is there something else? Does our spirit cross over into a new realm of eternal rest, or perhaps great torture? When discussing the Great Beyond, we soon hear things like blessed souls, lost souls or purgatory, with similar concepts that can have their own unique features depending on the region.

What is a lost soul?

A lost soul is a recurring figure in many religions and mythologies. It would be the soul, the spirit of someone that can't reach the light and eternal peace once they're gone. Perhaps because they were unfair when alive and can't find anyone to pity for them, and that's why they are sentenced to roam around the world, mourning their mistakes, and coming to the world of the living. Usually, the patron saint of lost souls is Saint Jude, often shown with a flame circling his head, which is his traditional image at Pentecost.

Other times, a lost soul represents the spirit of someone who made a promise in their life that they couldn't keep. For instance, going to a church to pay a certain gift, give back for a favour that was done for them, or any other issue. Thus, when roaming around the world, they would look for someone who would help them get their goal and quit their status as a tortured soul.

Among other legends and myths about lost souls we would remark the Galician Santa Compaña, which is a group of souls asking for prayers and masses to reach eternal rest. There is also the Latin-American legend of Llorona, who would be the spirit of a mother who murdered her children and now cries in distress. Throughout the world, we can find legends of ghosts or ladies in white who can't go up to Heaven or the Great Beyond for whatever reason. 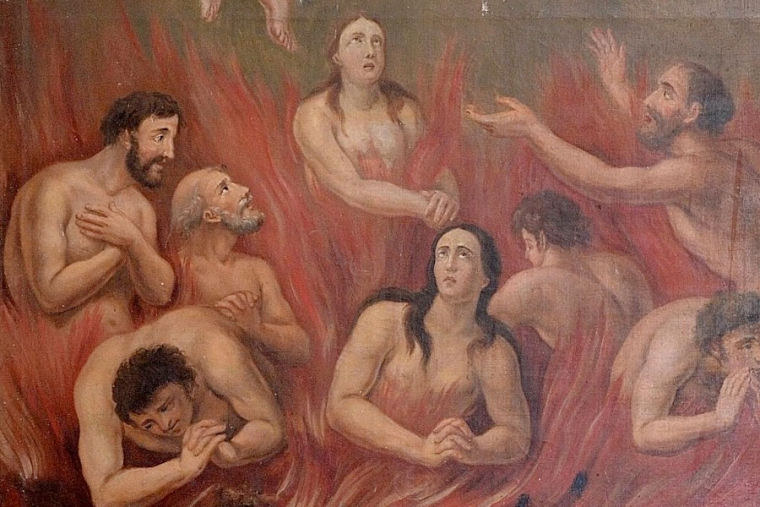 What are blessed souls?

In Christian faith, blessed souls are represented in a Purgatory full of fire. They would be lost souls anyway, but they wouldn't roam around the world of the living. Instead, they would remain in another state, neither Heaven nor Hell.

Normally, the Purgatory is represented with Our Lady of Mount Carmel in the middle, with baby Jesus on her lap or at her feet. Around her are the souls down whom she pities, and with the help of angels, these lost souls would fly up into Heaven.

When we talk about Purgatory as well as its souls, we're talking about a place that could be said to lie between Heaven and Hell. Saint Thomas defined it as hell in a shorter duration, and it would be a place for fire to cleanse the soul of people who are fair yet not completely pure.

The lost souls in Purgatory wait for the prayers of humans until God pities down on them and gives them a permanent home in heaven. Meanwhile, they would suffer what's known as 'joyful suffering', a moral suffering where they can see all their life and analyse how they've constantly offended God with their actions.

The existence of Purgatory was considered a faith dogma, so it would remain unquestionable. However, its vision changed when Pope Benedict XVI said that Purgatory isn't a place in space or the universe; he said that it's 'an inner fire that cleanses the soul of sins, and only part of the inner experience of man in their road to eternity'.

Praying to the souls in Purgatory

Within Christianity, there is a tradition of praying to the blessed souls in Purgatory, who are usually summoned so that you wake up at a specific time. Right now, everyone has a smartphone to program an alarm clock, but back in the day we had to use regular clocks, which we might not hear because we sleep off, or which we could forget about when travelling somewhere.

According to tradition, one had to recite the Lord's Prayer 7 times, and 7 Ave Marias devoted to the souls in Purgatory. They will wake you up at whatever time you need, and then you'll have to pray 7 more times for both the Lord's Prayer and Ave Maria. This way, you'll provide rest to 7 lost souls.

The legend of the Anima Sola

We can't forget about a legend that connects with blessed and lost souls: the Anima Sola. It isn't a saint recognised by the church, but she is also summoned to intercede for us by giving it certain gifts. Legend says that, when alive, she was a lady called Celestiba Abdegano (or Selfless Celestina) who belonged to the Pious Ladies of Jerusalem who gave prisoners water.

On the night of Holy Friday she had to go up to Calvary and gave water to Saint Dimas, the good thief, and Gestas, the other criminal crucified next to Jesus. However, she refused to give water to Christ for fear of his response. That is why his soul is in unrest, and she roams looking for eternal peace. If you ask her for something and promise to fulfill a goal if your wish is granted, it is important for you to fulfill what is expected, because the Anima Sola has been rumoured to be very vengeful. In Cuban santeria, the Anima Sola is synced with the god Elewá. 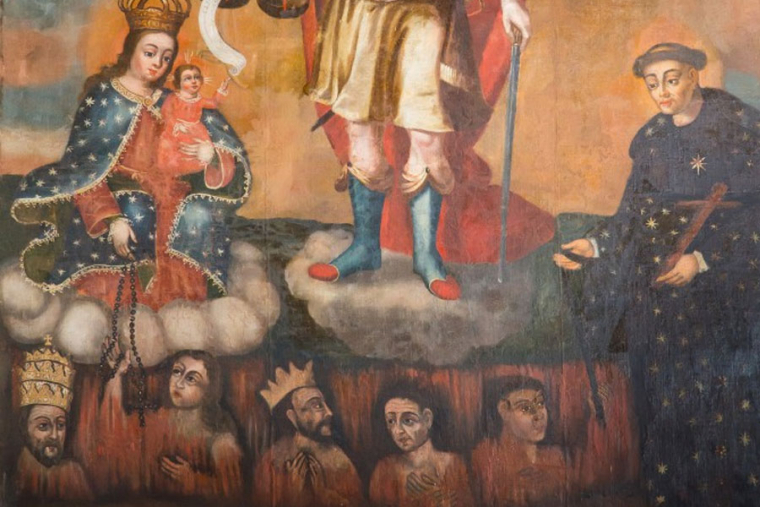 The worship of Purgatory souls is very common. In Spain, for instance, the town of Adra (in Almeria) not only offers prayers, but also bottles of oil; there are also certain tasks promised if they intercede to fulfill a virtuous goal. Those souls need oil and light to nourish and work at night.

Also in Spain, during the Holy Week, there are many brotherhoods that refer to these souls in their advocacies; such as the Holy Christ of Souls in Ciegos (Málaga) or the Brotherhood of Souls of Cieza (Murcia), who brings out the effigy of Christ into Hell, which is a procession filled with austerity.

In Latin America the worship of blessed souls is very powerful in areas such as Guatemana, and there is talk of souls roaming the streets at some point. Even in Ecuador we see the figure of animero. The night of the day of the dead, November 2 (also known for many as the Night of Souls), a man walks through the town of Penipe barefoot, while ringing a bell and exclaiming: "Remember, o lost souls, a prayer for our Lord and an Ave Maria will be done for the blessed souls of the Purgatory and as a form of love to the Lord".

In literature, when talking about the lost souls, Purgatory and roaming souls it's easy to think of Gustavo Adolfo Becquer and his story Spirits' Mountain, which tells the story of Alfonso and Beatriz during an encounter in the Night of All Saints.