How were they built? Do they have any special meaning? Discover the biggest unresolved mysteries about the pyramids of Egypt. 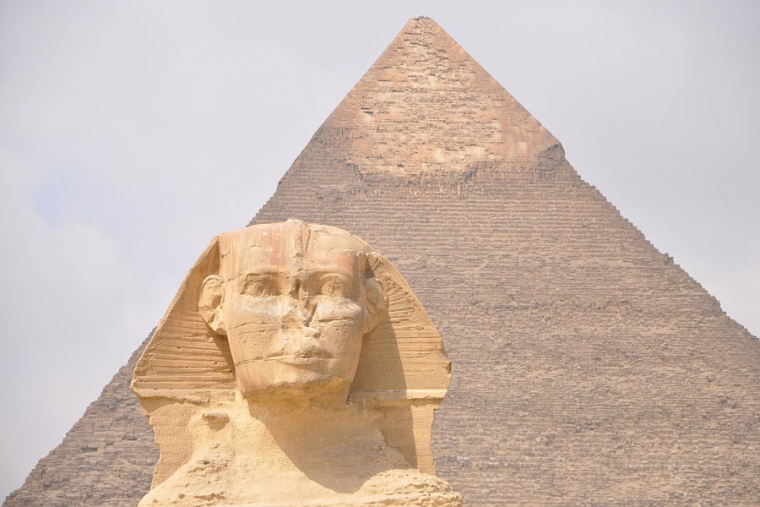 The pyramid is a geometric shape whose sides have a triangle shape, joined at a top or vertex. There is something magical about this structure, because in places as far apart as Egypt, the Aztec culture and the Maya, different civilizations created large pyramidal structures.

And although in Latin America there are great, beautiful and enigmatic structures we all think about Egypt when we talk about pyramids. In the following article, we aim to explain what pyramids are, and what are the main mysteries of the pyramids of Egypt.

Mysteries of Egypt: Enchantment of the pyramids

Among the pyramids of Egypt, those of Giza are the only ones remaining out of the Seven Wonders of the World and have been declared a World Heritage Site by UNESCO in 1979.

These are six pyramidal buildings that were erected between 2620 and 2500 BC, and can be visited a few kilometres away from Cairo, the capital of the country. Although many unknown theories still hover over the pyramids of Egypt, there is no doubt that they were built according to the funerary rites of the Egyptian civilization and religion. In the Predynastic period, important personalities were buried under a mound of sand whose shape seemed to have a religious significance.

6 mysteries of the pyramids of Egypt

For many years, Egyptologists believed that the pyramids were simply grandiose tombs allegedly built by slaves to commemorate their deceased pharaohs. However, millennia later, we remain fascinated by their appearance, execution, and by all the mysteries that surround them.

We analyze some of these mysteries and secrets of these ancient structures that, little known fact, were not in fact executed by slaves, but by qualified, employed individuals.

1. The secrets of the Pyramid of Cheops

The Pyramid of Cheops is the largest pyramid and tomb in the world, although the sarcophagus of Pharaoh and his treasures have never been found. It is one of the sphinxes and pyramids of Egypt most famous both for its size (it measures 139 meters) and for its secret chambers; in 2017 a new secret room was found due to advanced technology.

Some historians believe that the Pyramid of Cheops was robbed of its treasures in the Pharaonic period; others believe however that the burial chamber in the pyramid has simply not been discovered yet. Hence, many scientists continue to investigate and analyze every inch of this great building, to try to fully grasp the inner structure of pyramids. 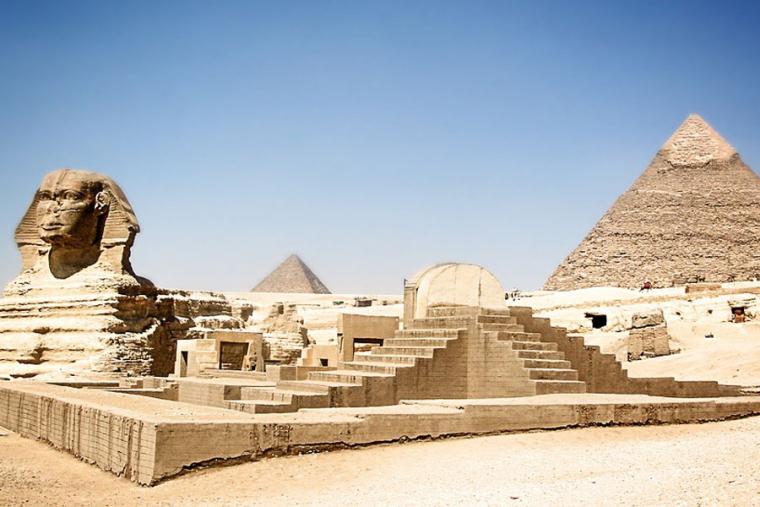 2. How the pyramids were built

How the ancient Egyptians managed to lift these monumental structures with such precision and neatness is still something quite enigmatic, especially in the aforementioned Keops, also known as the Great Pyramid of Giza. And there is no other structure in the world similar to it. Records of its construction, however, have not been kept.

3. Do the Egyptian pyramids have extra terrestrial origin?

How the pyramids were built is still under study today. The studies show that the Egyptians used tricks such as moistening the earth on which they dragged the wooden sledges in which the large stones were loaded, which sometimes exceeded two tons in weight.

However, it is very enigmatic how they could have that exquisite precision in building pyramids, which led many to suspect the unbelievable. Did our ancestors perhaps use extra terrestrial technology?

This is what many researchers believe, and they rely, for example, on the fact that certain hieroglyphs show images that could be identified with UFOs, or indicate that they used electricity for their construction.

4. The connection between the Pyramid of the Sun and the Great Pyramid of Giza

As we have explained, both in Latin America and in Egypt we can find great pyramids, and there is a special connection between the Pyramid of the Sun in Teotihuacan, Mexico, and the Great Pyramid of Giza: they are almost the same size. The suggested response to such an enigma by some authors is that the Egyptians colonized Central America and taught the indigenous how to do it.

5. Alignment with the Orion constellation

The engineer and writer Robert Bauval was the first to point out that the relative size and detailed position of the pyramids of Giza (Cheops, Chephren and Mycerin) represented a faithful replica of a star formation in the Orion constellation.

In addition, the so-called air axes of the pyramids point exactly to the Orion constellation - apparently with the aim of letting the souls of the deceased kings rise to the constellation. 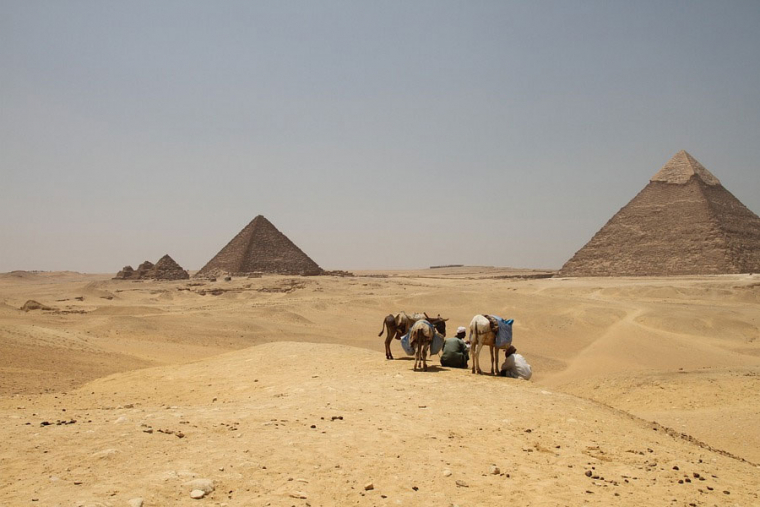 6. Some of the craziest theories about the Egyptian pyramids

We have collected some of the most insane hypotheses and theories about the pyramids:

They were used as barns

Gregorio de Tour stated in the sixth century that the pyramids were not funerary monuments but large silos to store grain. The argument for such a claim? That the grain of wheat was introduced with a tube in one of its ends, so that it was accumulated at the base.

That Noah built them

This supposedly happened before the universal flood. The essayist John Taylor is the author of this theory that tries to uncover the secrets of the pyramids. His argument? That only Noah, who built an ark so big to put his family and an animal of each species on it, could be able to erect such buildings.

Another theory belonging to American Ben Carson indicates that they were built by Joseph, the son of Israel, during a famine in Egypt; this theory connects with the aforementioned barn hypothesis.

That Satan built them

Joseph T. Rutherford, a precursor of the Jehovah's Witnesses, pointed out in the 1920s that behind the pyramids of Egypt lied the hand of the Devil, which intended to confuse Christians with secret evil codes.

That the pyramids are the remains of Atlantis

Does the lost continent have a correlation with Egypt? This pyramid theory was suggested by Ignatius Loyola Donnelly, also a US politician, in which he pointed out that these large buildings are nothing but remnants of Atlantean cities.