7 Real Ghost Stories (which won't let you sleep at night)

Learn about these real ghost stories and where they took place 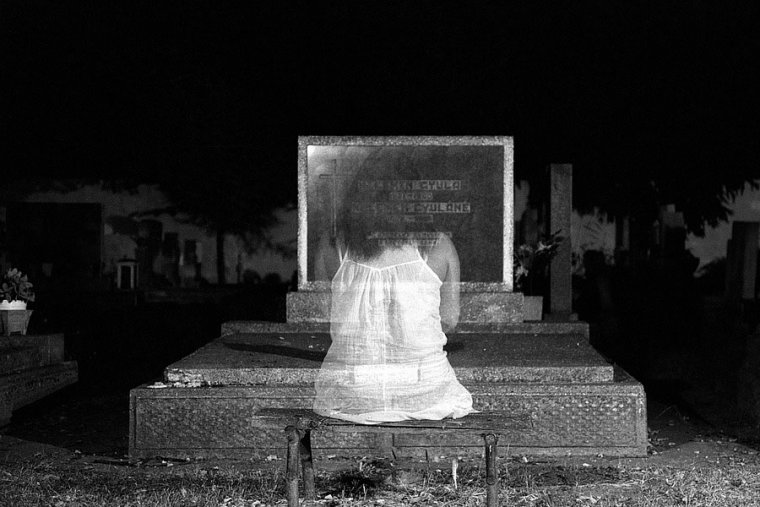 At one point when we were still quite young, we all thought that a ghost was an entity covered in a white sheet, and possibly some chains on their feet, which would come to our bedrooms with only the intention of scaring us.

We've all heard of stories about real ghosts which come back from the land of the dead to help humans, or about evil spirits, which can't rest in peace and terrorize those who still walk the Earth.

Why are we attracted to ghost stories?

Feeling fear is an inherent part of being human. Some don't like the feeling while others relish immensely in it, especially when telling each other real ghost stories, or ghost stories which we would like to believe are real. When we use the word ghost, we are referring to a non-human spiritual entity, whose presence can be felt by a human and sometimes even groups of humans.

We can gather evidence which proves the existence of said entities through photographs, videos and EVPs (electronic voice phenomenon), recordings in which we can hear voices and words that no one present at the time of the recording had uttered.

7 Real ghost stories (which won't let you sleep at night)

The following tales are some of the scariest and most well-known real ghost stories out there.

The ghost of Antonio, the boy

In Andalusia, in the south of Spain, there is a city called Malaga, and in the centre of Malaga there is an emblematic cemetery called "el cementerio de San Miguel". It is a cemetery full of ghost stories, such as one which associates a part of this cemetery with dark souls in purgatory.

Out of all the ghost stories coming from this cemetery, the tale of the boy Antonio is by far the most popular and definitely worth noting. One night the friar Pepe, who looks after the cemetery, heard a voice saying "mamá, mamá" (mum, mum) coming from one of the graves. He immediately went to investigate and found a tomb containing the remains of a boy called Antonio.

The ghost of Antonio has become so popular in the city that many parents go to his tomb to leave sweets or lollipops as offerings in exchange for asking him to look after their kids' health.

The ghost of Boris Karloff

Boris Karloff is an eminence of 20th century horror films. He was Universal Studios' most famous Frankenstein, and starred in dozens of scary movies. He died in 1969, but since then many people claim to have seen his spirit.

You can find his ghost in the famous Dakota building in New York, the one in which "Rosemary's Baby" was filmed, and also the one John Lennon was assassinated in front of.

In 1992, a girl called Estefania Gutierrez Lazaro died under strange circumstances in Madrid. A few days ago, she had used a Ouija board to try to contact her friend's boyfriend who had died in a traffic accident.

After her death, paranormal phenomena began to occur in her house, police were even called to the house and they wrote a report in which they mentioned objects moving by themselves, seemingly being agitated by evil spirits. This is now known as the Vallecas case file.

If you are interested in real ghost stories, I'd recommend watching Veronica, a horror movie based on the tale of Estefania.

The ghost of the cooking nun

This story takes place in Mexico City, in a small yet well-known cafe called Café Tacuba founded in 1912. It is where we can find the ghost of the cooking nun, whose shadow ambles between the tables and into the kitchen of this cafe.

According to legend, this ghost is the spirit of Sor María Blasa de Sacramento, a nun from the 17th century, back when the building was a convent. Sor María was locked away by her father, who wouldn't let her become a chef.

Once she had settled in, she took a vow of celibacy, but one of the many patients she looked after in the convent kept trying to court her. She rejected him and once he realised that all his wooing had been to no avail, he killed her, and the ghost of Sor María has ambled through Café Tacuba ever since.

For this tale, we must venture to the Island of Ons in Galicia, in North-Western Spain. It is a small island with less than 100 inhabitants, and chock-full of ghost stories.

One of the most interesting stories is the tale of hell's pit, a chasm 5 metres in diameter and 40 in depth; it is said that if we listen closely, we can hear the wailing sounds of souls suffering through eternal punishment for sins committed in their lives, wails which increase in volume and pitch whenever there is a storm.

The ghost of Eva Perón

Eva Perón, "Evita", was Argentina's first lady after Juan Domingo Perón came into power. She was 33 when she died in 1952 due to uterine cancer.

Evita is a very popular icon, forever immortalized in musical theatre and in cinemas, she also has her own ghost story included with the most famous of these tales. Ever since 1992, there are people who are sure they've felt her presence, and some even claim to have seen her in the National library. It just so happens that Evita lived with Juan Perón during their marriage in the "Palacio Unzué", which used to be where the National library now is.

The ghost of Anne Boleyn

To conclude our 7 ghost stories, we must travel to the UK. Anne Boleyn became the queen of England through her marriage with Henry VIII, who is famous for having had many wives and for ordering the execution of several of them. Anne's first pregnancy was successful and she had a girl, but she was unable to have a boy, which is what Henry wanted. After her second pregnancy ended with her giving birth to a dead boy, Henry locked her away in the Tower of London and shortly after, ordered her execution on false charges of incest, witchcraft, adultery and conspiracy against her king. She was buried on the same grounds where she had been locked away in 1536

It is in the Tower of London, which is also associated to several separate legends, where more than 30 000 people claim to have seen her ghost, especially near the dungeons.