Find out who and where he is, and what's the truth behind his story

1
Who is Slenderman?
2
The birth of Slenderman's myth
3
A creepypasta phenomenon
4
Slenderman jumps into the screen
5
Where does Slenderman live?
6
A real crime with Slenderman as a background
7
Slenderman: The movie 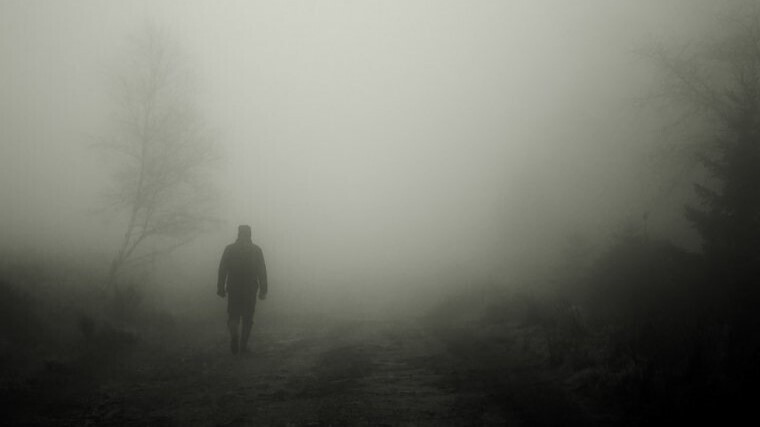 Each era of history has a monster linked to it to terrify children. Years ago, it was called the Sack Man, the Sacamantecas Killer or the Bogeyman. In the midst of the 21st century came the myth of Slenderman, the first monster able to scare digital natives.

The Slender Man (or Slenderman, because his name is written both ways) comes as a tall, extremely slim humanoid, with longer arms than usual, which gives him that spooky look.

In case this wasn't enough, he's got additional arms or tentacles coming from his own back, shoulders or even elbows. These limbs are his transport method.

Believed to be evil, he usually wears a black suit and tie, and his face is not always visible. When it is, it looks emaciated, but without any distinctive traits.

What is his goal? It all depends on who tells the story, but when he's close you might suffer paranoia, delirium and disturbing nightmares.

The birth of Slenderman's myth

While we find a real life story behind the Bogeyman in people who kidnapped and killed children to take the fat out of their bodies and sell it to make magic potions, with Slenderman we encounter a modern-day myth, an urban legend which takes off right in the midst of the 21st century.

It all started in June 2009, when in an American website called SomethingAwful.com, the user Victor Surge gave the idea of creating fake pictures with paranormal phenomena, fake monsters and all sorts of creatures.

The first time Slenderman was pointed out in a picture, it was dated back to 1983. In this black-and-white picture, there was a group of children walking around with a strange gesture, and behind them was a humanoid figure, someone far too tall to be identified as human.

It was said that the picture had been retrieved from a library that had caught on fire, and a Mary Thomas was appointed as the picture taker, who was missing back then. In another of Surge's pictures, there was a child at a park, on a slide, with Slender Man on the back.

Since then, other users started retouching pictures with Slenderman, and not just recent pictures, but even engravings from the Middle Ages, where a tall humanoid figure kidnapped children from their homes. From then on, new stories with this creepy humanoid became popular. Although his origin is made-up, many users soon gave it a real-life presence.

When we talk about Slenderman, a word that always comes out is creepypasta. This is a term assigned to short horror stories sent out through the Internet on forums, blogs and other digital media with the sole goal of disturbing its reader.

It's a phenomenon similar to urban legends, but here the difference is that it's not a linear story with a beginning, middle and end; we could also consider creepypasta to take the form of pictures, videos or even videogames which have the rumour of being haunted.

Slenderman jumps into the screen

New technologies have allowed any of us to make photo or video edition montages through our smartphone or computer. Thus, after Victor Surge's picture, other users strengthened the Slenderman myth by creating videos with this figure.

Sometimes, found footage narrative was used to give great feasibility to the story. We're talking about videos that have been supposedly found after a tragedy, a resource that has been used in highly popular horror films such as The Blair Witch Project, Cannibal Holocaust or the movie saga Rec.

Where does Slenderman live?

Although the urban legend of this slim man has become global, his first stories came out from the USA, and that's why this country, and especially its forests, are appointed as the home of this monster. In his mythology we can find traces from the works of horror authors such as Stephen King, H.P. Lovecraft, Zack Parson or the entire Phantasma movie saga, whose villain is called The Tall Man.

A real crime with Slenderman as a background

In 2014, the USA was shaken apart after finding out that two 14-year-old girls from Wisconsin, Morgan and Anissan, stabbed a classmate up to 19 times. Their reason? They wanted to become Slenderman's minions after reading about him on the Internet. Fortunately, the victim survived thanks to a passing biker riding around the area when the attack occurred.

The story was compiled by HBO on the documentary Beware Slenderman, filmed over the course of a year and a half, featuring interviews with the relatives of the attackers. In order to illustrate it, pictures from webseries and videogames where this spectre appeared were used.

4 years after the crime, in the fall of 2018, comes out the movie Slenderman. Distributed by Sony Pictures, Sylvain White was the director, following a script written by David Birke. Among the cast we can find Joey Jing, Julia Goldani Telles, Jaz Sinclair and Annalise Basso.

The Spanish actor Javier Botet is the person behind Slenderman. Botet has got Marfan's Syndrome, which gives him his extremely tall height with long limbs. You might remember him from other horror movies such as Mama, The Conjuring 2 and the Rec saga, always playing the corresponding monstrous creature in each because of his peculiar size.

The story revolves around four friends that decide to summon this humanoid through a viral video, and after this they'll be ambushed by nightmares and horrible visions, which will make them obsess over that tall man with a faded face living in the woods. A few days later, one of them is gone and the key to find out where she is lies in her computer.