Meet the power of the magic shungite stones

1
Shungite: gemological meaning
2
Shungite's healing properties and usage in crystal therapy
3
Shungite and chakras
4
How to cleanse shungite
5
Which zodiac signs will benefit from it?
6
Some fun facts on shungite
7
Discover the rest of the Gemstones! 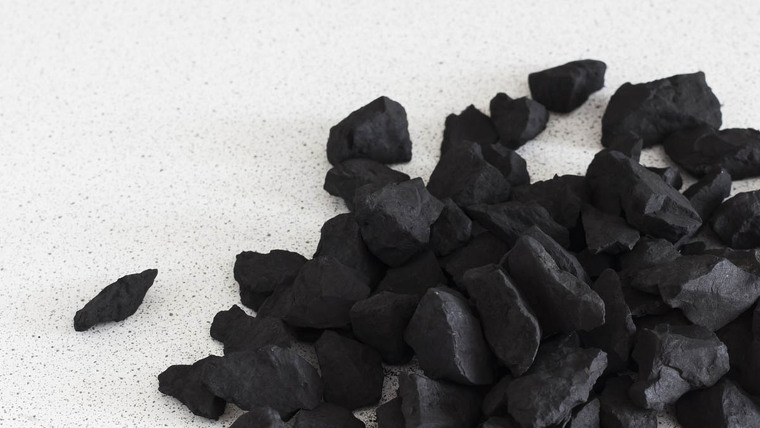 In this day and age, we've heard more and more about shungite, a very powerful stone with great healing power, which still arises the fascination of many researchers acquainted with gemstones, gemmology and crystal therapy.

Let's delve into the history of this stone with a unique composition and a special connection to a healing power that Russian natives attributed to god Mars.

34 miles away from Petrozavodsk, the capital of Karelia (Russia), lies a mineral water fountain with unique healing properties. A location where, in 1719, Russian emperor Peter the Great created the first major Russian spa as a tribute to Mars. Wounded and ill soldiers from Peter the Great's army, after receiving treatment with these waters, got healed, and the healing was attributed to Mars.

For many years, absolutely nobody could explain the origins of this station's therapeutical properties. In 1992, a laboratory made the discovery of the fullerene molecule, which is present in shungite, as scientist Bob Hettich confirmed through another experiment.

Shungite is a black mineral that had already been observed a century ago in a stone near the city of Shunga in Russian Carelia, north-east of Saint Petersburg. That's where its curious name comes from.

Through these discoveries, scientists realised that those molecules were the explanation of the therapeutical effects from the waters of the Martial Water Centre we were talking about at the beginning.

Except for a few meteors, shungite is the only mineral known to man that contains those fullerenes. Shungite's geological age is estimated to range around 2,000 million years old, and the appearance of this stone is still unclear. Many point to a cosmic origin.

In the human body, shungite's fullerenes act as a powerful detox agent able to fight free radicals that destroy cells. They also have anti-inflammatory and anti-histamine effects that suppress pain and prevent the development of many allergic illnesses. What makes this stone interesting is that these molecules' properties can be transferred into the water.

Like black tourmaline, shungite is a stone that can provide good protection against free radicals created by the electromagnetic waves from electronic devices, power lines, mobile phones, and computers, to name a few. This protective peculiarity is perfect for people who are electronically sensitive.

Within the field of gemstones, shungite is a magic stone to make our bioenergetic system more dynamic and stronger, to restore vitality and strength, and to help us find and stabilise our place in the world.

If you love gardening, you can also use it to make your plants grow, and it's as simple as putting some shungite dust or bits in your garden soil or inside your pots. This mineral regulates the ground's thermal regime and greatly decreases the concentration of toxic chemicals, thus promoting the growth of trees, bushes and vegetables. You can also water plants with shungite-imbued water to accelerate fertilisation, growth and seed spurting.

Shungite has long been used along with other gemstones, and it is linked as a protection stone. According to an ancient legend, this stone appeared on Earth to protect humans from evil spirits and aid them in their lives. So much so, that it was used in shamanic rituals.

In connection to chakras, shungite is linked to the base chakra, but with powerful action over the rest. When easing an opening of the earth-universe channel, it can land on all chakras to restore the natural order of energy. Many people use it in earrings and pendants to keep it close.

You can also carry it in your pocket, or put it on your work desk to neutralise waves.

How to cleanse shungite

Shungite doesn't absorb energies the way other gemstones do, and thus it doesn't require any specific cleansing. Its powerful ability to neutralise harmful waves and restore good order is truly mighty.

Which zodiac signs will benefit from it?

Unlike other gemstones, shungite isn't connected to any specific zodiac sign. Instead, any of the twelve signs in the Western zodiac wheel can find advantages in its power and magic.

It's easy to find pendants and all sorts of decoration items and complements for all zodiac signs made from shungite.

Some fun facts on shungite

By using a shungite pendulum, you can sharpen your intuition and sensitivity towards your environment. In this day and age, where people often live by the rules and other people's experience, it can be crucial sometimes to act by intuition.

The shungite pendulum can be a valuable source of support if you can use it right and have some experience.

The world's shungite deposits are located in north-eastern Russia, in the Zazhoginsky mines. At a lesser extent, you can also find it in Austria, India and some places in Africa.

Followers of meditation will see it as a great ally to disperse negative influences and superfluous trains of thought that might stop the self from ascending into enlightenment.