Adam and Eve: Story of the Original Sin 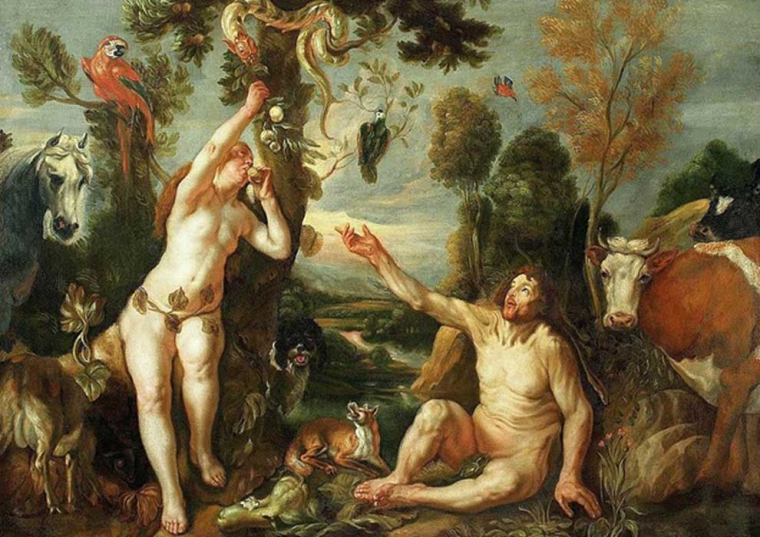 Adam and Eve lived in the Garden of Eden.

Although the story of Adam and Eve takes up only a page and a half in the Bible, the myth has been used throughout human history to explain the origin of man and woman linked to temptation and sin. But what does the myth of Adam and Eve really consist of? What is true and what is a legend in this story?

Adam and Eve, Paradise and the original sin

"Now the LORD God had planted a garden in the east, in Eden; and there he put the man he had formed." Thus begins one of the great myths of Christianity, its conception of the origin of humanity: the divine creation of Adam (and Eve from his rib), and his condemnation to abandon paradise after falling into the temptation of the forbidden apple.

Its recurrent appearance in works of art and literary references and, in general, the rooting in popular culture, makes us all more or less know what it is about. But this myth is rich in details, and all of them have a special meaning.

The appearance of Eden in the Bible coincides with the story of the creation myth. In fact, what in the sacred texts is known as Paradise is just one more part of the many wonders created by God, in this case, a kind of great garden inhabited by animals and plant species. This is the place destined for the first man.

God created Adam on the sixth day of Creation, in His image and likeness, with the goal that he would rule the earth and multiply its species. In the myth of Adam, we can see the patriarchal conception of humanity by Christianity, since in its very origin it designates Adam, the masculine element, as the father of humanity.

The description of the process of creation is not very different from other cosmogonies in which man is a construction of several natural elements. Formed from dust and mud, God gives him life by blowing his breath into his nose and separates him from the rest of the animals giving him an immortal spirit and the ability to reason and reflect.

2. The origin of the first woman: Eve

According to the Christian conception, the woman is a subsidiary being and hierarchically inferior to man, because although she is a divine creation, her material origin is the body of Adam himself. Not only that, but the motivation for her creation is that her function is to help the father of humanity to reproduce the species.

Curiously, although Eve is considered the mother of humanity, she has been relegated to a secondary role in Christianity, displaced by the importance of the Virgin Mary, and her character has been reduced to the role she plays in the deception that condemns the first marriage of humanity to exile from paradise.

From the myth of Adam and Eve, and its meaning as a warning of the dangers of falling into temptation linked to the consequences of sin, has transcended a fundamental question to settle the true essence of Christian doctrine: Is woman the origin of sin in the world, by her curious and weak nature?

The great relevance of the myth of Adam and Eve lies in that part of history and in its instructive moral.

The sacred texts say that God had arranged for the sustenance and enjoyment of Adam and Eve the fruits of all the trees of Paradise. All, except the Tree of Science, Good and Evil. From its branches hung the forbidden fruit, the apple that God forbade them to take: this is the first representation of the Christian concept of temptation. 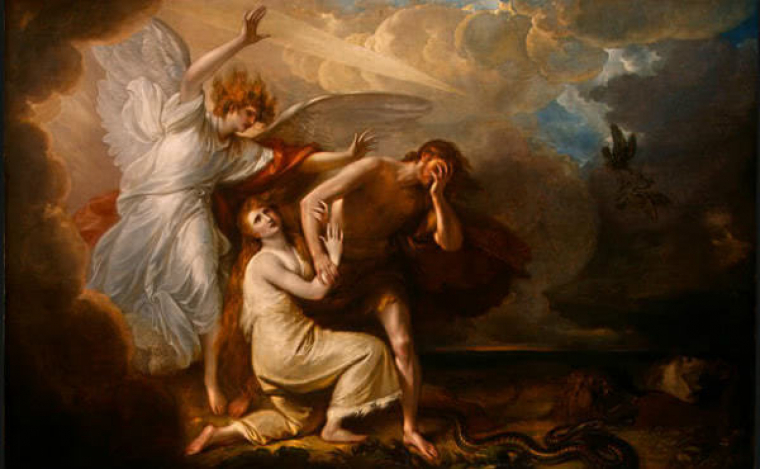 It is the Devil, through a serpent, who convinces Eve to taste the forbidden apple, and she, seduced by temptation, convinces Adam to do so. Although at first he had threatened death, God prepares for them a worse punishment: he condemns them to live out of paradise.

Thus, it condemns Eve and all women of descent to the pains of childbirth and to the fatal passions of desire for men, which makes them weak and submissive. He condemns Adam's hard work for his livelihood, "the earth will grow weeds, thorns and thistles for you as you try to grow food."

Kane and Abel: the origin of humankind

For many centuries, this story of Adam and Eve will be the main source of the conception of sin in Christian dogma: men and women pay the price for the disobedience of their parents Adam and Eve, are born with built-in temptation and sin, and are condemned to pain and labor.

When they are expelled from Eden, however, another even more decisive story is born, which is the history of humanity itself. After leaving paradise, Adam and Eve arrive on Earth and begin the reproduction of the species.

According to the biblical account, Adam and Eve lived more than a hundred years, during which they had an indefinite number of children. However, the most important are the firstborn, Kane and Abel, condemned to face a fratricidal duel. When Kane kills Abel, Eve conceives another son, whom they call Seth, who in turn will beget Enos, "at whose time the name of Yahweh begins to be invoked."

Here ends, at least in the Bible, the story of the myth of Adam and Eve. However, with their descendants begins the true history of the people of Israel that is part of the great stories of the Old Testament: the hereditary line of Enoch reaches Methuselah, father of Noah and grandfather of Shem, Ham, and Japheth, who after the flood will spread their lineage to the three patriarchs of Judaism: Abraham, Isaac, and Jacob.

Truth and myth in the story of Adam and Eve

Historically, Christian dogma has confronted science from the origin of creation: faith gives the universe, the world and man a divine origin (creationism), while science resorts to the Big Bang theory, the formation of the universe and the appearance on earth of favorable biological conditions to explain the origin of human life (evolutionism).

And the myth of Adam and Eve undoubtedly plays a fundamental role in that struggle. Today, scientific evidence leaves little room for the defense of the Adamic legend, which has remained a symbolic stronghold of the creationists. However, what would happen if from an anthropological point of view an ascending line could be drawn starting with hypothetical Adam and Eve? 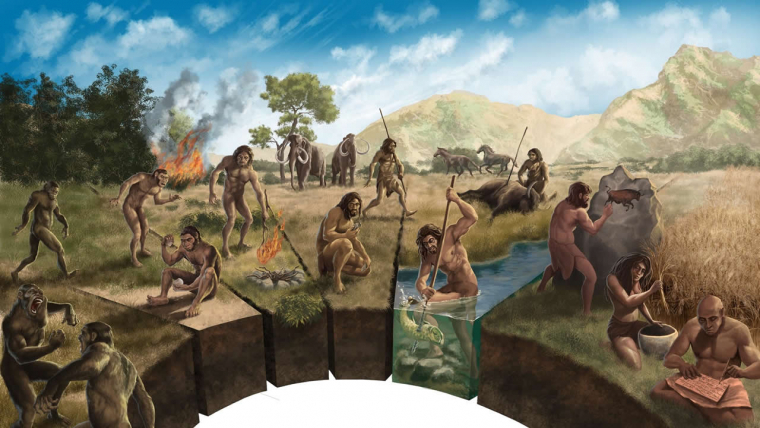 The story of Adam and Eve is the center of the discussion between creationists and evolutionists.

To prove the existence of a genetic Adam and a genetic Eve, a chromosome study by the University of Sheffield has been used. According to the data, there is a genetic line of men that going back in time is not interrupted, and that shows that our species dates back to 209,000 years ago, in a first Adam that would temporarily coincide with Eve. This would be the discovery of the origin of humanity.

The debate is open again. In fact, the professors who have led the study emphasize that the genetic Adam and Eve are not the same as the biblical couple, but it reinforces the creationist theses on one point: contrary to what evolutionist theses assert, there is a common father and a common mother for human beings.