Egyptian Mummies: Preserving the Body for the Afterlife

Find out what mummification was for and how the embalming process worked.

1
Death and afterlife in Ancient Egypt
2
Egyptian mummies' role in Ancient Egypt
3
How did the mummification process work?
4
The mummies of the most important Egyptian pharaohs
4.1
1. Tutankamon's mummy
4.2
2. Ramesses II
4.3
3. Hatshepsut II
4.4
4. Ahmose I
4.5
5. Ahmose-Inhapi 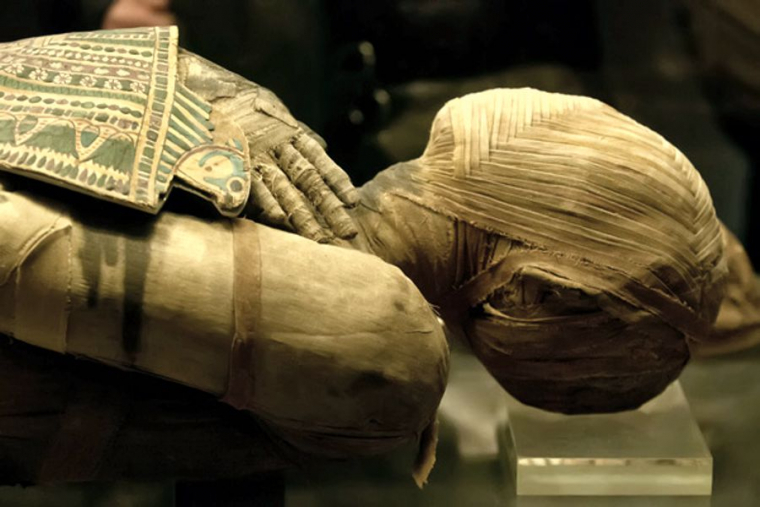 Through mummification, ancient Egyptians used to keep the body intact after death because, since they avoided putrefaction, they allowed the deceased to make their journey into the afterlife in a long, harsh trip that ended at the doors of the underworld, where Osiris made them gods. Ancient Egyptian mummies are not only a fascinating phenomenon, but also a remnant of the Egyptians' belief in the afterlife.

Death and afterlife in Ancient Egypt

The discovery of the Book of the Dead of Ancient Egypt, a text that helped the deceased succesfully go across the afterlife and reach the underworld ruled by Osiris and achieve their status as an eternal deity, completed the knowledge cycle for the religious beliefs of Egyptians and the importance of death and afterlife in their cosmic vision.

In fact, the Egyptian civilisation was one of the first to use religious beliefs in order to consider the division of life into two dimensions: a more earthly, temporal and bodily dimension; and a more divine, eternal, spiritual one. That involves the individual's transfiguration and divinisation process as a key moment, which occurs at the exact time of death.

Therefore, death is a sacred element that takes up a prime spot in the individual beliefs of Ancient Egyptians. Life and death are two tightly connected elements anyway: according to the sacred scriptures, only those who were good and pious in life were able to reach Osiris' blessings.

All of this explains that death is also one of the main focal points of the texts, art and archaeological remains of Ancient Egypt. Within that frame, pyramids and mummies are two of the most interesting funeral items.

One of the basic premises to take the journey into the afterlife was to preserve the body, and in order to do that it was essential to carry out the mummification process. In Ancient Egypt, mummification is the artificial process through which the corpse's putrefaction is prevented by keeping the body intact for as long a time as possible.

Mummification is just another phenomenon in a whole funeral ritual which, among other things, involves burying the body in a funeral chamber along with items that will be of use to the deceased in the afterlife. That's why, unlike our current Western culture, in Ancient Egypt there comes a time where earthly reality and the afterlife come together in space and time. For that reason, it's essential for the body to stay intact.

The god Osiris himself, according to Egyptian mythology, was embalmed by his wife Isis. After all, we need to remember it is a rarely practised activity, because of how costly it was, and because all those rituals of death were reserved almost exclusively to noble families, clergy, officers and royalty.

Fascinating, right? There's more to come. Did you know that not only people were mummified, but animals as well? At the Louvre Museum, for instance, there are several cat mummies on exhibit that were found in some funeral tombs, because it wasn't uncommon to see a pet buried with their owner upon their death, or offered to them as a ritual.

How did the mummification process work?

Thus, into Ancient Egypt came a true science of embalming and mummification through the precise study of techniques to keep the body inert. In fact, it took several centuries to perfect that technique, and the New Empire was the first to keep facial expressions and mummies well preserved.

During that period, the process began by preparing the body at the embalmers' workshops, in order to bring an arduous process into motion that took around 70 days and had four stages.

In the first phase, the brain was taken out through the nasal cavity by using bronze hooks, and the cranium area was filled in with a resin-like substance, mixed in with bee wax and scented vegetable oils.

The second stage of the mummification process involved evisceration, that is, extracting the body organs to avoid putrefaction.

To do that, an expert pointed at the side through which the chest had to be opened up, which was done through a stone cutter. Next, all the organs were pulled out, except for the heart and kidneys. The void was filled with wine and spices, and the body was sewn shut, keeping the organs covered up by linen in several jars.

Thus, the third stage came, dehydration. The torso was filled up with cloths covered up in sodium bicarbonate, carbonate and soda, minerals that absorbed tissue water, and sped up the corpse's drying for three months. Then, the skin was covered with oils that favoured flexibility.

As a final step, the entire body was covered with bandages to avoid putrefaction, and parchment rolls and sacred charms were placed around the mummy as well.

The mummies of the most important Egyptian pharaohs

The perfection of the mummification process and the body's preservation depended on the era, the medical advances and, especially and more than anything, the deceased's financial resources. That's why the best-preserved mummies are those of pharaohs, because emperors were considered gods of Earth and had special privileges.

The best-preserved mummies are those from the 18th and 19th dynasties. Here are some of the most important Egyptian pharaohs' mummies.

Undoubtedly Egypt's most famous mummy, among other things because of the spectacular funeral mask found along with other highly valuable jewels on his tomb at the Valley of the Kings. It was 1922 when Howard Carter and his expedition group found the stairs that came to the burial site, but it wasn't until 1925 that they found the mummy upon pulling out the lid of the third and final sarcophagus of the funeral dowry. 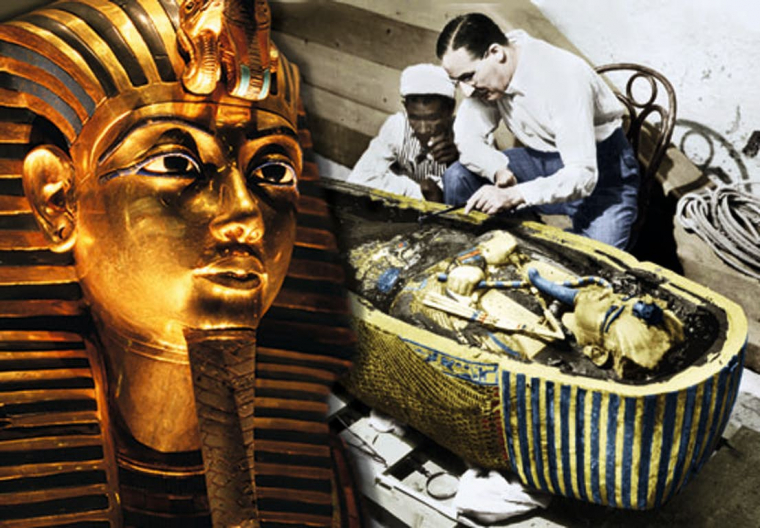 Tutankamon's mummy is the most renowned of Egyptian mummies | Magic Horoscope

Tutankamon was the 11th pharaoh in the 18th dynasty, and curiously enough, although it's the most famous mummy, the body's preserved state wasn't the best, so the question of how he died remained unanswered for a while. Only through pioneering technological methods it was found that the young king suffered a bone disease.

However, decades later, Tutankamon's tomb finding is still one of the greatest milestones in the history of archaeology, also shrouded in mystery because of the sudden death of some members from the expedition, which boosted the theory of the mummy's curse.

One of the most chilling images because of its near-perfect preservation is the mummy of Ramesses II, found in 1881 by the expedition led by Gaston Maspero. The body, preserved for over 3000 years, showed a man in his 90s with red hair, a long face and a tough, arrogant expression with visible cheekbones and an angled nose.

It should also be pointed out that this is the body of Ancient Egypt's most renowned, important pharaoh, ruler of one of the most prolific and expansion-prone kingdoms in the Egyptian empire. After his legacy, the following pharaohs had to stick to defend the boundaries of his empire. He was buried as one of the oldest pharaohs in the Valley of the Kings. 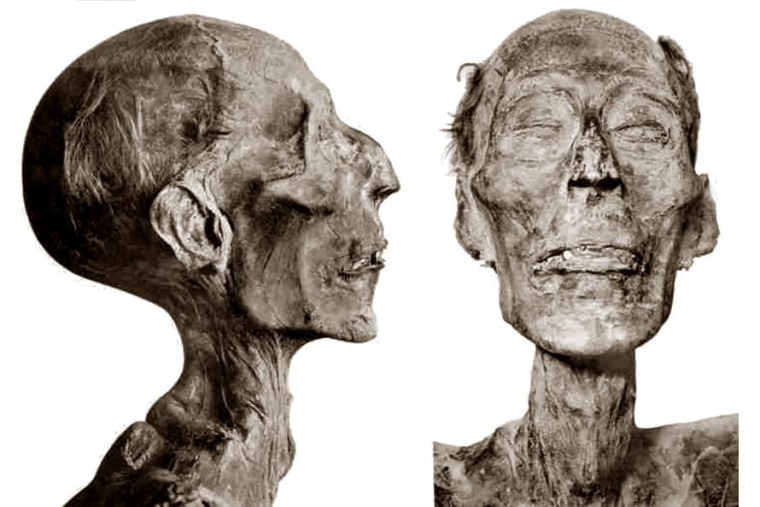 In 1976, when the body began deteriorating, it was taken to Paris, where a team of 200 scientists made a close examination of the mummy. After many treatments to avoid the toxic fungi from deteriorating the body any longer, it was eventually put into a glass urn and sent back to Egypt, where it found eternal rest at the Cairo Museum.

The body of Queen Hatshepsut remained in the hands of archaeologists for an entire century without being able to tell who it belonged to. After several DNA tests and scanner analyses, in 2007 the riddle got solved: it was the body of the one and only Egyptian Queen Hatshepsut, one of the most important in Egypt.

The mummy was in a terrible state, which made it harder to recognise the body, but a curious detail ended up solving the researchers' doubts: a tooth was found in a funeral jar with the name of Hatshepsut. And it turns out, it fit the pharaoh's jaw perfectly. Mystery solved. 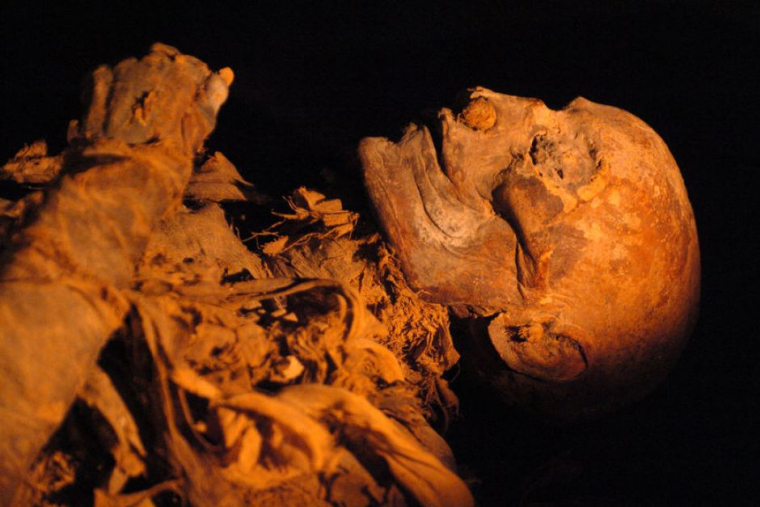 Thanks to a tooth, this mummy was identified as the body of Queen Hatshepsut | Magic Horoscope

Hatshepsut II was one of the two female mummies found in 1903 by Howard Carter in the Valley of the Kings, but for a long time it was believed that this body was from the pharaoh's nurse. Hatshepsut was one of the most important female pharaohs in the glorious 18th dynasty, during the Empire's most splendorous times.

In 1881, in the necropolis of Deir el-Bahari (Thebes), the mummy of Ahmose I was found. He was the founder of the 18th dynasty, and its preservation was optimal enough to find some data about his death that brought light into a controversial period of Ancient Egyptian history.

For instance, from the wounds found on the mummy we know he died in a battle against the Hyksos in a period to end 30 years of war between the kings of Thebes and the king of Hyksos. The body was bandaged and placed at a tomb with the pharaoh's name in hieroglyphics. Also, his nose was squished, which brings the idea to mind that the tomb was ransacked at some point.

But there's no doubt that the most impressive mummy is that of Princess Ahmose-Inhapi, sister of Pharaoh Seqenenra Taa and Queen Anhotep who lived in the downfall of the 17th dynasty. Its skeleton-like body structure and clothing, next to a flower garland around her neck and braided hair, gave her a more than disturbing look.

Besides, this princess who married her brother and took the titles of King's Daughter and Wife, has the privilege of appearing in the Book of the Dead, the Egyptians' guide to the afterlife. Her preservation state was mighty good, and it kept pelvic organs in place.