1
Who Is Loki in Norse Mythology?
2
What Is Loki Like? The God of Mischief and Fire
3
Loki as a Marvel Character 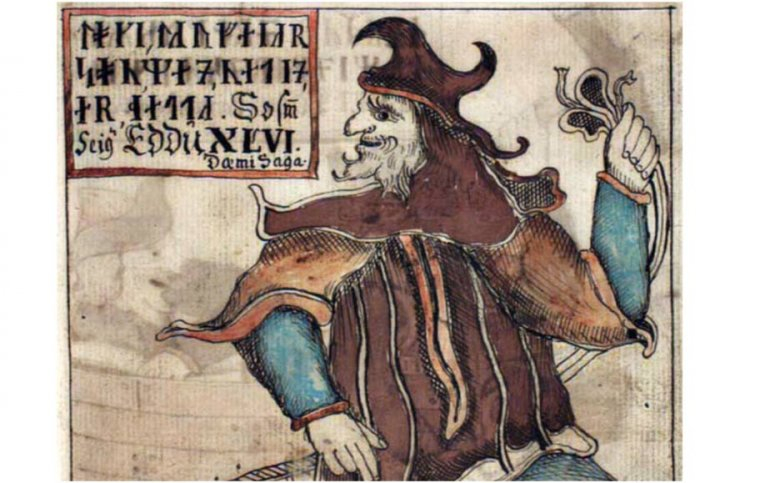 Loki is depicted in Norse mythology as the trickster god |

Thor’s bastard brother and the god of fire in Norse mythology, Loki is one of the most ambiguous and complex characters of Viking cosmogony. Did you know that, even though he was Odin’s son and Thor’s brother, he was actually born a giant?

Find out all his secretes, like the fact that he is the father of the wolf and the serpent that kill Odin and Thor, and also of Hel, the goddess of death in Norse mythology.

Who Is Loki in Norse Mythology?

In Norse mythology, he is depicted as the representation of trickery, deceit, intrigue and lies, so the question of who is Loki entails a true mystery. Generally speaking, it can be said that he is Odin’s son and Thor’s brother, that he is the god of fire in the pantheon of the Aesir gods that live in Asgard.

However, the Norse mythology assigns him a dark role, that of the “origin of all evil”, since he comes to the realm of the gods being actually a giant. In the same way he persuades the revered god Odin to accept him as a son, he also manages to trick other gods to get what he wants.

Apart from being the one who kills Baldr, Odin’s son and Thor’s brother, Loki has a significant role in Ragnarök, the battle for the fate of the world in which gods and giants wage war against each other.

By his partner the giantess Angrboda, he is the father of the wolf Fenrir, who kills Odin, and the serpent Jörmungandr, which ends Thor’s life. He is also the father of Hel, the goddess of death who rules over the world of mist, the Niflheim. But these are just some of his children, because among others, by a stallion, he is the mother of Sleipnir, the great mythological horse.

In history, Loki stays in the shadows, because as he is not considered a god, he cannot be worshipped, so he remains a giant. Nevertheless, some neopagan groups worship him and consider him a lesser god. Besides, in some works, such as the 13th century ballad “Loka Táttur”, he is described as a benevolent god, a friend of men.

What Is Loki Like? The God of Mischief and Fire

His depiction in Norse mythology is ambiguous, since sometimes he helps the gods, and other times, he turns to tricks and lies. However, his prevailing image is that of a being who infiltrates into the god’s pantheon to cause conflicts between them by means of intrigue and seduction games.

Therefore, he is treacherous and wicked, selfish and cruel, the representation of cunning and the dualism of good and evil, since he is actually named god of fire, and like fire, he has both a positive and negative side. His great quality is that of changing his physical appearance: he appears on different occasions in the form of a mare, a seal, a fly or an old woman.

But his great role in Norse mythology is triggered by Baldr’s death, which will be described below.

According to the legend, Baldr, the son of Odin, has several premonitory dreams that are interpreted as his death by his mother. Frigg makes all the creatures of the world promise never to harm her son Baldr, but she does not imagine Loki’s cunning, who seeks vengeance because the gods have kidnapped his children, Fenrir, Hel and Jörmungandr.

Loki, disguised as an old woman, goes to Frigg to find out which is the only thing in the world that did not promise to harm Baldr: the mistletoe. Baldr, believing himself invincible, organises a series of games to prove that nothing can kill him, and asks his blind brother Hoder to shoot an arrow at him. Loki takes advantage of the situation and gives him an arrow made from mistletoe that ends Baldr’s life.

When the gods discover Loki’s trickery, they capture him and bind him with the entrails of one of his sons to three rocks while the goddess Skadi places a serpent that drips venom on his face and makes him shiver, which causes earthquakes. It is foretold that Loki will free himself on the onset of Ragnarök and will fight against the god Heimdallr, and they will both die.

Loki as a Marvel Character

In the Marvel Cinematic Universe, Loki is an antihero based on the mythical figure of the trickster god of Norse mythology. He is portrayed by Tom Hiddleston and has become more and more important in these films until his last appearance in Infinity War, where he is killed by the mad titan Thanos.

In fact, as a Marvel character, he was created by writer Stan Lee, scriptwriter Larry Lieber and artist Jack Kirby to personify the modern version of the Norse god of fire in the superhero series of Journey into Mystery: his first appearance was in August 1949.

This is only one of his appearances in the popular culture, for of all the gods of Norse mythology, Loki is one of the liveliest. To begin with, many consider him the alter ego of the god Prometheus in the Greco-Roman culture, as Prometheus steals the fire from the gods and is also bound to a rock.

Loki is portrayed as the main villain in the Marvel comic book series of Thor, and so he is also showed as an antihero in the entire Avengers series. In the television series Supernatural (2005), the archangel Gabriel goes before the pagan gods in the form of Loki in order not to be discovered.

Loki is also an inspiration for characters in the popular Stargate series and in the film The Mask, starring Jim Carrey. As a fun fact, Loki is the name of a volcano located on the Moon Io, the one closest to Jupiter, and also of a fissure vent found in Iceland.