Discover what a fairy is, this mythical creature's origins, and where to find one. 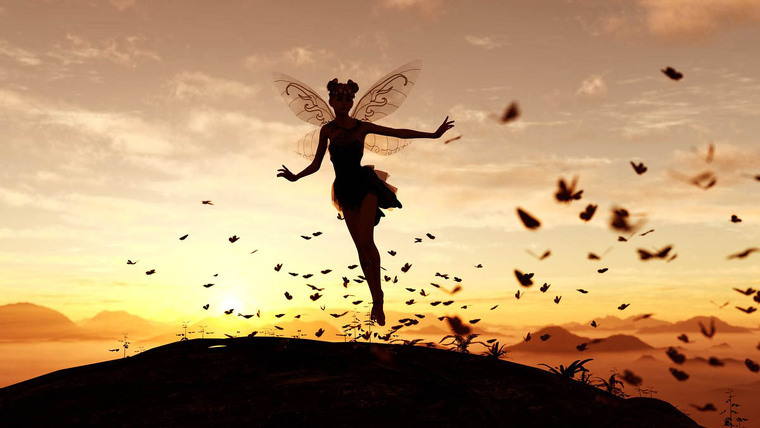 During our childhood, bedtime was a magical moment when parents and grandparents alike would tell us fairy tales. Usually, all the stories had a supernatural element, the presence of a woman with magical powers.

We have always been familiar with fairies, and they've been our companions in stories such as ''Cinderella'', ''Sleeping Beauty'' or ''Pinocchio,'' but the history of fairies goes way further back. Read on for more exciting facts from Magic Horoscope.

What is a fairy?

The first records of fairies can be found in Greek and Roman mythology where they were depicted as mythical creatures, usually with the appearance of beautiful women, with wings to help them fly.

Fairy tales are a mixture of mythology and tradition, famous legends and imagination, and these exist in many cultures. Author Rosemary Ellen Guiley defines fairies as ''hordes of beings and supernatural spirits that live in the limbo between heaven and hell.'' Usually, fairies can predict the future and, using their magic powers, even control human destiny and they are always seen carrying magic wands.

For a long time, people have believed that these mythical creatures interfered with our day to day lives. Fairies would allegedly welcome us into the world when we were born, endowing us with gifts, either good or bad, and visiting us during our life.

Origins of the fairy legend

Everything we know about fairies comes from Celtic mythology. Fairies were described as being fare-haired mythical creatures, with red lips, black eyelashes, that wear dainty clothes (that were white, green or gold) and that used to fly over rivers and lakes, over the Irish and Scottish seas and some islands in the north of Europe.

Fairies were also related to Valkyries, fierce, brave fighters that served King Odin. With the beginning of the Middle Ages, fairies become more popular as they are featured in many medieval novels, where every family had a protective fairy.  We also find mention of the mythical creature in the legend of King Arthur, where we are introduced to Morgana, and while some describe her as a witch in the ancient texts, she was, in fact, a fairy.

Where can you find a fairy?

According to the alchemists and Khaballa practitioners at the end of the 16th century, fairies are nature's guardians, including trees and flowers, and this led us to believe that fairies only live in forests.

However, depending on which legend we are reading, we learn that fairies can live in many different places. For example, in Ireland, England, and Scotland people think you can find them in ''fairy rings'', a naturally occurring ring or arc of mushrooms.

In Celtic culture, fairies were the protectors of wells and springs and could be found around them, dancing on rocks. An excellent opportunity to see fairies would be during a full moon as this is their favourite time to visit the human world.

How much do you know about fairies? Discover all the interesting facts about these fascinating creatures.

Legend says that fairies only show themselves to people who have a pure heart, and therefore when they help us achieve something we should never say ''thank you.'' In fact, this might actually offend them.

Sometimes, fairies are depicted as moving about in a group of three. The reason for this number is explained in Greek and Roman mythology, where we encounter the Moirai (or The Fates) and the Parcae, all being trios of women who directed the lives and deaths of humans and gods.

Because they are mythical creatures, fairies don't have a specific way of being born or of dying. Some sources claim that they live to be a thousand years and that they slowly lose their glow until they eventually fade away. In the story of ''Peter Pan'' by James Matthew Barrie, it is believed that every time someone says '' I don't believe in fairies'', one of them dies.

An important figure in fairy history is Arthur Conan Doyle, author, and creator of Sherlock Holmes. At the beginning of the 1920s, the writer researched all accounts of paranormal activities and managed to get fooled by a photo collage depicting a little girl surrounded by fairies. Two young cousins, Elsie Wright, and Frances Griffiths were responsible for the hoax.

5. Good fairies and evil ones

Sometimes, the word ''fairy'' has been used as an umbrella term for all female mythical creatures. Some of them are nymphs, dryads (wood nymphs), apsaras (female spirit in Hindu and Buddhist culture) and even succubi, demons with female appearance. In reality, fairies can be either good spirits or bad ones, and this is the main reason they have been mistaken for witches and dark spirits.

A popular example of wicked witches can be found in ''The Wonderful Wizard of Oz'', written by  L. Frank Baum in 1900, that introduces a fantasy world filled with lovely fairies, such as Glinda, also known as the Good Witch of the South,  and evil ones like Elphaba Thropp also called the Wicked Witch of the West.

What do fairies do? All over the world, they are renowned for their abilities in music, dance, fighting, games, and love.

We normally think of fairies as tiny, winged beings but this hasn't always been the case, and during many centuries they had the same height as a medium-sized human. It wasn't until William Shakespeare's ''Midsummer Night's Dream'' that fairies started being described as small creatures.