Discover everything about werewolves: what they are, where they live and much more. 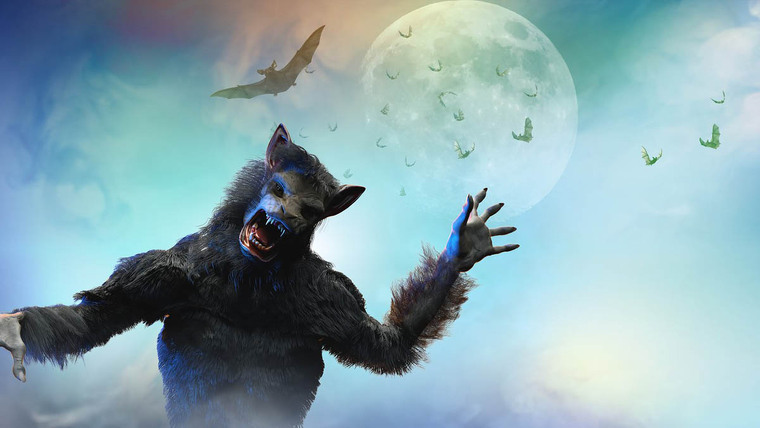 Many mythical and mythological creatures are half human and half beast. Centaurs, satyrs, mermaids and many other creatures tend to have a male or female torso and horse, goat or fish limbs.

There is, however, a separate category of lycanthropes (also known as werewolves) which are normal human beings that turn into savage beasts (only under certain circumstances).

What is a werewolf?

All over the world, there are legends about men that turn into wolves, either known by the name lycanthrope (the most common one) orlobison(as it is referred to in Paraguay and Argentina).

Many historical sources indicate that the origin of the man-wolf started in Ancient Greece. According to the legend, Zeus turned king Lycaon into a werewolf after the king served him the roasted flesh of his own son in an attempt to test Zeus' omniscience. King Lycaon was then cursed, along with his whole family, to live the life of a beast.

Folklore tells the story of wolf-men that, either voluntarily or not, would transform into beasts (because of a curse or after being bitten) and would commit all sorts of heinous crimes.

During his transformation, the man will possess the same senses as a wolf: better hearing, a heightened sense of smell, and excellent night vision. The metamorphosis can be either complete, and the person will turn into a four-legged beast or a partial transformation, where the person retains some human characteristics but is covered in fur, has fangs and pointy ears.

Where can you find a werewolf?

If we wanted to compile a list of possible regions where werewolves can be found, we would probably never finish it.

Europe is full of werewolf legends, and in the Middle Ages, for example, there were many trials against citizens that were accused of being lycanthropes. There are mentions of wolf-men in Asia as well, especially around Russia, and also in Latin America, as we mentioned earlier in the article.

Although people usually fear these creatures, in Lithuania, they are associated with good luck.

Many of the werewolf legends that we know today seem to be rooted in rural settings. We always hear about villages surrounded by forests, dwelling places for crepuscular beings. Most stories start by introducing a merchant that during a walk close to a nearby forest, gets attacked by a strange creature.

How much do you know about werewolves? Continue reading to find out more.

1. Are werewolves born or made?

The legend that surrounds these mythical creatures mentions people that are born with werewolf blood, which means that their parents were beasts as well. You must have read, at some point, a story about a family that is suspected of being werewolves which is cause for distrust amongst the neighbours.

There is, however, another way of becoming a man-wolf. If any of us were to get bitten by a lycanthrope after its transformation, we would get infected because of their bacteria-filled blood and we would turn into werewolves (provided we survive the savage bite).

Some stories mention that people could also be turned into werewolves using rituals and incantations.

2. How to kill a werewolf

The easiest and most popular way of killing these beasts is by using silver; either a silver bullet or a dagger would be enough to defend against these creatures. Similarly to vampires, beheading them would also prove effective.

Some stories claim that there are herbs that help protect against these mythical creatures, such as eucalyptus or wolf's bane that we can use to keep these beasts at bay.

Another way of getting rid of a werewolf would be to retrieve the skin of the man that transformed (usually left behind in the forest), something that would lift the curse. This is similar to what we encounter in the Finnish legends of the selkies, seal women of Finland.

Similarly to vampirism, the myth of lycanthropes is related to different diseases from the Middle Ages; ailments that would drastically change the appearance of the deceased men and women. Schizophrenia, porphyria, or hypertrichosis, a condition that causes excess hair growth all over the body.

4. The power of the full moon

The mythical creatures that we know as werewolves tend to transform into beasts only during full moon nights. The medieval historian, Gervase of Tilbury, was one of the first to notice this, detail that has since become famous due to movies and books. So be careful not to go wandering in the forest by yourself on a full moon night!

5. Is my neighbour a werewolf?

Should they exist, werewolves would blend in perfectly with humans, and in fact, many of them wouldn't even be aware of their lycanthropy.

However, if you want to find out whether or not that nice old man that rarely leaves his house is a werewolf, you could have a look at his eyebrows and his hands.The legend claims that these human-like beasts have a unibrow and curved fingernails.

When we talk about vampires, Dracula is the most famous one, but when we think about werewolves, there are two names that stand out: Larry Talbot and Alex Stevens. Talbot was the first actor to play a werewolf on screen in the movie The Wolf Man and continued to star in all the sequels.

Waldermar was the name of a beast created by Paul Naschy, Spanish actor and scriptwriter, that played the role of the wolf-man in more than a dozen movies. The Mark of the Wolfman was the first movie he did. Naschy used his scripts to reinvent the lycanthrope myth, and in his story, the beast could only be killed during a full moon night, if it was stabbed with a specific type of crucifix.

Out of all the documented cases of people who believed they were werewolves, the story of Spanish Manuel Blanco Romasanta stands out. The traveling salesman killed more than ten people because he was convinced he was a man-wolf. His story was told in movies such as Romasanta and El bosuqe del lobo.