Find out the meaning of the twentieth Major Arcana card: Judgement. 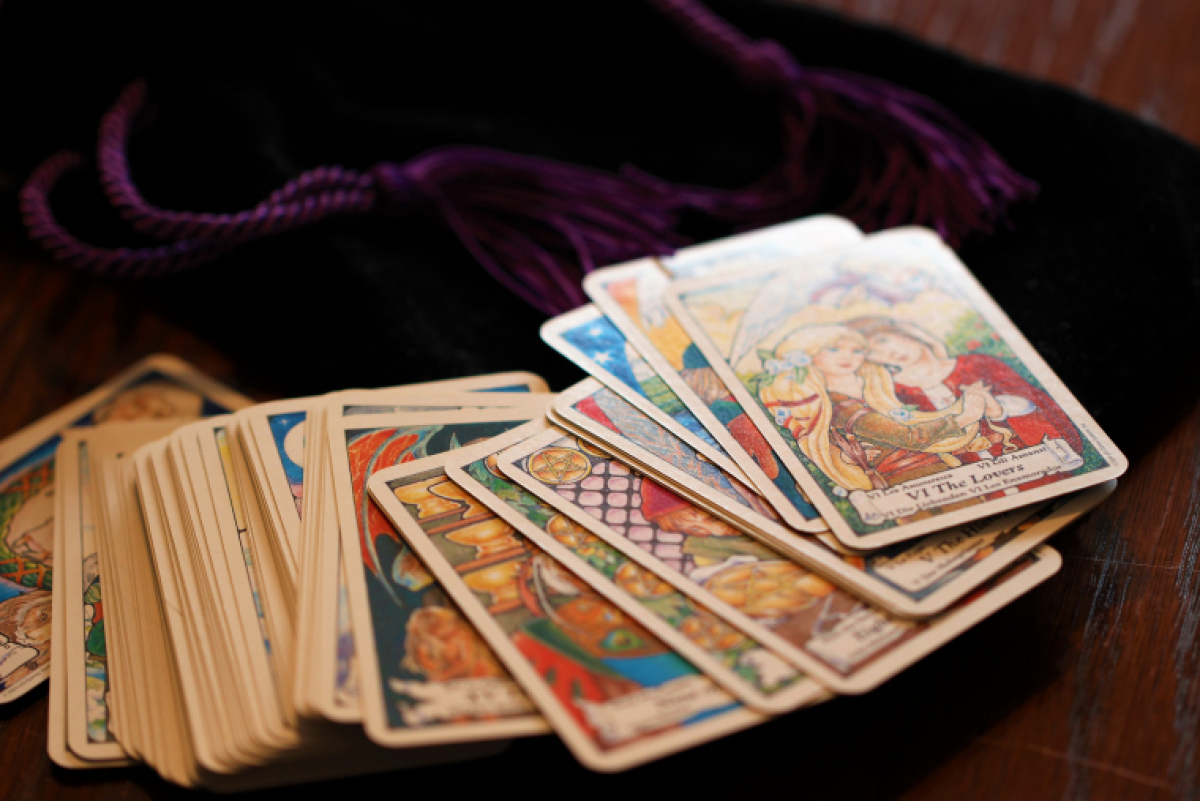 The second tarot angel is the twentieth Major Arcana card, Judgment. At this point, all the energies of Tarot are concentrated. After the Sun (XIX), this is the rebirth of consciousness.

“The Awakening of the Dead” is another name of this tarot card. Number 19 and the title “Awakening” is assigned to this tarot card by some cartomancers. To what awakening do they refer?

This tarot angel who brings revelations announces his arrival proudly: by blowing his great trumpet, he delivers his message. What kind of message will it be? Will it please the human beings that appear below? Here you can find everything you need to know about the meaning of this Major Arcana card.

There are several elements that draw attention to this tarot card. The characters seem to rise, whereas in other tarot cards (like the Devil), the relationship seems to be of restriction and submission. That powerful desire for evolution is music to the ears. There seems to be a force that defies death, as the characters rise up from graves.

The angel looks straight ahead and the circular cloud around him could represent open-mindedness. The mysterious flag he bears shows a peculiar cross symbolising the meeting point between Heaven and Earth. This shows his strong will to make the human spirit reach transcendence. Besides, with his trumpet, he enforces the sound, that is, the Word. It is a vibrant rhythm that summons to awakening.

When this tarot card appears, it means that there will be trouble if you do not respond to the “call”. You have to be receptive to what happens around you as well as within yourself. It is also the tarot card of music, since this is a powerful means of expression.

These are the times of your life when you feel guided and led, and when you follow inner convictions. Somehow, you manage to access your unconscious mind and this tarot card confirms that what you are living is something you have wanted for a long time, even though you did not know it.

It refers to the public, the social relationships, fame, modernity... The events that mark this tarot card are related to the idea of making yourself known. It is linked to everything related to society, so parties and all kinds of social events are associated with this Major Arcana card.

In the reversed position, there is bad news; you hear everything you do not want to know. Or, on the contrary, you do not want to hear any opinion! Therefore, you form the wrong opinions and show certain inflexibility. This is not good, because it brings the urge to classify everything, as well as gossip. You have to be careful about bad companies.

If this tarot card turns up in the querent’s position, it shows that you are awake. It refers to the people who have a great ability to listen to others, to inventors and journalists, because they provide a new way of seeing life, and to all those people who are related to the public (event promoters, shop assistants, etc.); as well as to musicians or people who have great oratory skills; finally, to the sound engineers!

Judgment is a tarot card to which you should pay close attention if it appears in readings about legal sentences or in those related to music. It helps you to clarify a fatal outcome or to understand why you always live within the same existential patterns. This is a profound tarot card that reveals information which you already had in your unconscious mind.

If this Major Arcana card appears in a tarot spread, there is the possibility that your night encounters lead to a relationship. You get to know many interesting people at public events. If you have a partner and this tarot card turn up, it means that the relationship becomes official or a wedding is likely to be held soon. You surround yourself with people who love your conversation and appreciate the information you offer. Friendship is important under the influence of this Major Arcana card. You must ask yourself whether you are treating your close friends well.

In the upright position, this tarot card indicates success thanks to your skills of persuasion. Your communicative skills are improving and so, it is easy to achieve those goals that depend on the favour of third parties. If you are unemployed, your ideal job would be one related to communication. Everything you want to achieve will come to your life quickly.

In the reversed position, your negotiations reach deadlock partly because your communicative skills fail. This can make your job interviews go wrong.

If this tarot card appears in an upright position in a money spread, it indicates that you have a gift for managing your goods. This tarot card is not closely related to material goods, but it points out that your decisions are wise.

When it comes to these issues and the Judgement card turns up in the reversed position, it indicates financial problems that are caused by your worries related to other aspects of your life. For example, loss of money due to a divorce or a legal process (if it appears together with Justice).

It reveals a diagnosis you have been waiting for a long time.It indicates that you may have problems with your vocal cords or your hearing, in general. It is mainly related to lung diseases. 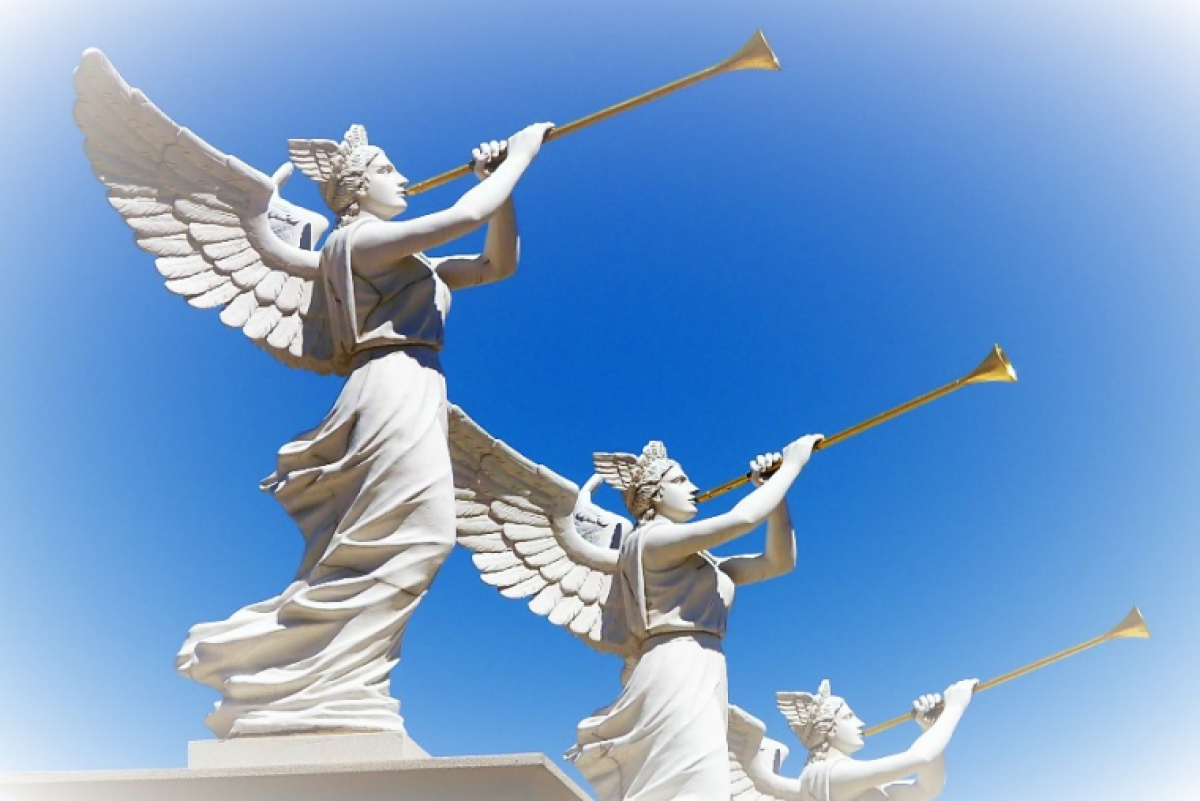 The Judgement tarot card is important when it comes to readings about the present and the future. |

Judgement is a special figure in Tarot. Above all, it points out sudden events as well as fate’s commands. It is an important tarot card when it comes to readings about the present and the future. No matter what you are going through, it is necessary and essential. Judgement reversed can prevent the normal development of situations. In this sense, it can be a rather negative figure.

If it is well placed in a tarot spread, it adds a neutral energy to the interpretation, and you will have to see the complete tarot spread to know if the answer is favourable.

Past mistakes can complicate the evolution of current events (if it appears together with the Moon).

You get the information you want to receive. In the upright position, it indicates that you are acting correctly and that positive truths come to light. When the tarot card turns up in the reversed position, you must be ready to listen to what you do not want to hear. And above all, you have to know how to say what you do not like; otherwise, it will become an undesirable habit, a bad habit or an annoying recurrent thought.

It indicates that in the future you will reap the good deeds that you carefully sow at this very moment and in the most recent past. Wishes come true, but perhaps not in the way you had planned.