Find out what cards they are and what they mean 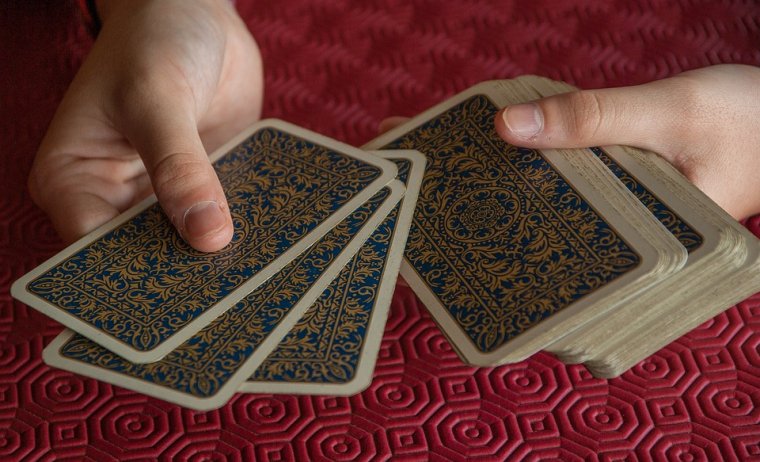 Minor Arcana Tarot| MAGICHOROSCOPE.COM
The major arcana are the 22 tarot cards of Marseille, which are the most used by those who take their first steps in reading the future through the cartomancy. But these stamps aren't the only ones that are used in a tarot test, because there are also those known as minor arcana.

What are the minor arcana?

Often considered complex and difficult to master -or even useless, for people who don't believe in the reading of their future- the minor arcana are often neglected for the exclusive benefit of the major ones. Its use allows improving the interpretation of the impressions, because they provide nuances and precision, and they are those that give quick answers to certain questions, since they project their effects on the major arcana.

The minor arcana of the Marseille Tarot are similar to those of the Spanish deck (which is also used by many cartomants to find out what the future holds). In total, there are 56 minor arcana cards divided into four suits or series (clubs, cups, swords, and coins) of 14 cards each, in turn distributed in cards from numbers 1 to 10, plus the King, Queen, Knight and Jack..

What are the four suits of the minor arcana?

We have said that the arcana are divided in four suits, each one endowed with a concrete meaning that we will detail next.

Clubs, among the minor arcana, represent vitality, the active or masculine principle, the dynamism that sets things in motion. It also symbolizes the action initiative, mainly in the world of work, plans and projects, movements, personal initiative, personal growth, spirituality and divinity.

In addition, the clubs are related to spring, the element Fire, the west and maturity.

It's also associated with the element Earth, summer, south and youth.

Swards represent work, the union of active and passive principles, which symbolizes the constructive struggle to achieve action. It refers to the world of thought and spirit, the truth that makes it free, the challenges and difficulties that must be overcome as well as intelligence, the transforming power of thought and communication.

Another of their readings is the Air Element, autumn, childhood and the East.

Within the tarot, the cups represent feelings, the passive or feminine principle that allows germination. The cups are associated with the heart, feelings, emotions, affections, loves and friendships, blood ties, family, home, kinship, human soul and its secrets. They are also a way of transferring empathy, intuition, the underlying compassion of action, the mystical, religious and spiritual, values and moral code, the arts, creativity, the small and great pleasures of life.

Winter, the element Water, the north and old age are other of its evocations.

How are numbers interpreted in the minor arcana?

With a base close to numerology, the numbers of the minor arcana represent something concrete, and their meaning varies as they appear to the right or the other way around. Those who are starting in the Tarot of Marseille, the best they can do is memorize the following figures with their corresponding meaning.

The 1 symbolizes the beginning and the origin, the 2 the love, the alliances and the rivalry, while the 3 represents the transformation and the consequence of something. Then, 4 tends to associate with stability, with action and blocking problems, and 5 is evolution and knowledge.

On the other hand, 6 is association and sacrifice, 7 is success, mental strength and the ability to study, 8 passivity and transformation, 9 creation, maturity and the end of a stage, and finally, 10 is the result, changes, renewal and liberation.

What do the figures mean?

The figures are the king, the queen, the knights and the jacks, and represent the very well defined characters in terms of personality, character and appearance, and even their profession and their age range.

It's the realization and the authority, someone with an active personality and with leadership skills. They can be parents, husbands or friends, mature or elderly, or 35 years and older.

Like kings, they represent people who are 35 years old or older, in this case, women. It's associated with women with power, and who can be mothers, heads, grandmothers and aunts, lovers or wives. They give wisdom, support and advice.

They are people with certain maturity, in an age range that varies from 20 to 35 years old, and symbolize action, change, activity, and strength. It's associated with the male sex, and they are brothers, friends, young uncles...

Inside the court of the cards, they symbolize the help of the camera, and symbolize children and young people up to 20 years old. In addition to the logical interpretations of children or adolescents, it also includes employees, or immature people.