Find out the meaning of the eleventh Major Arcana card: Strength. 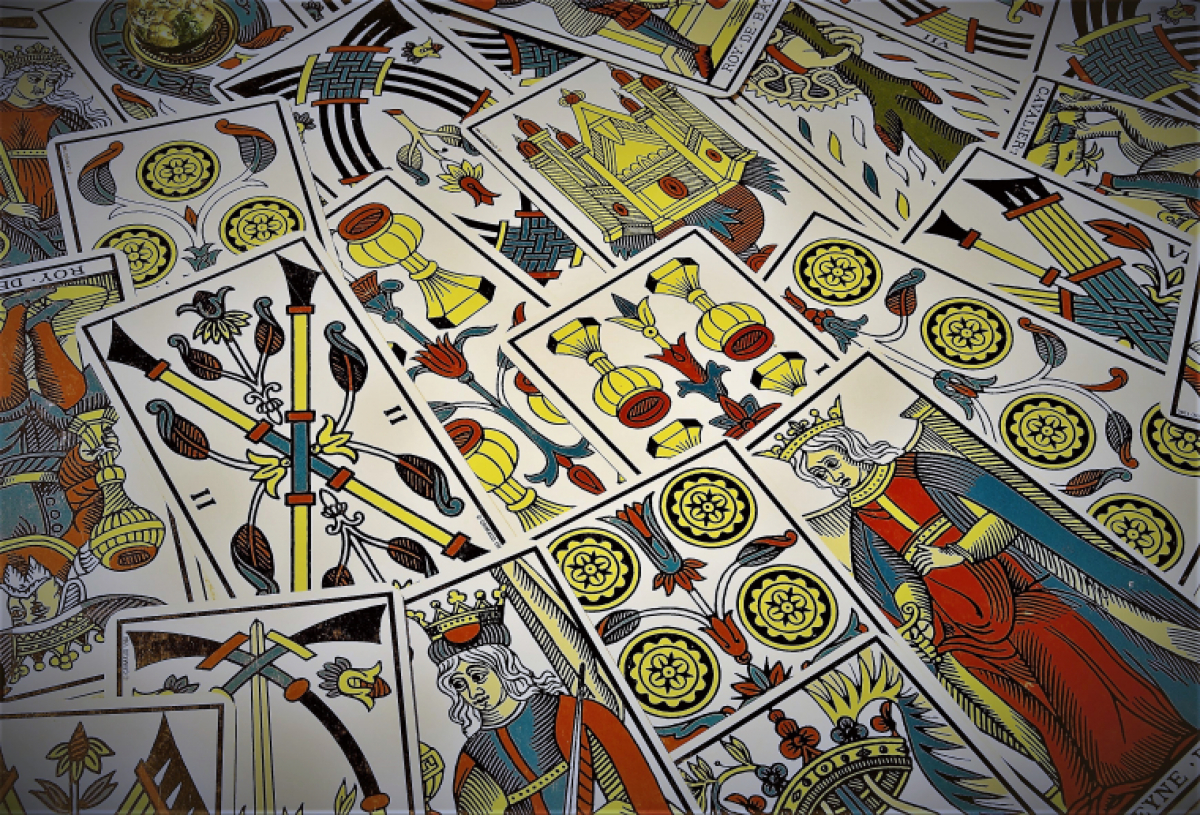 The position of the eleventh Major Arcana tarot card, Strength, is right in the middle of the 22 tarot cards and so, it becomes the main focus of the deck. It is no coincidence, since the universal philosophy of this figure summarises large part of the tarot message: true strength is spiritual.

There is controversy as to the position of this tarot card, due to issues of symbology and esoteric traditions that go beyond the scope of this article. This article will discuss the Tarot of Marseilles since it has an older tradition.

What meanings does this tarot card have? Does it represent the same thing in a love, money or health reading? Find out how this tarot card affects your past, present and future. 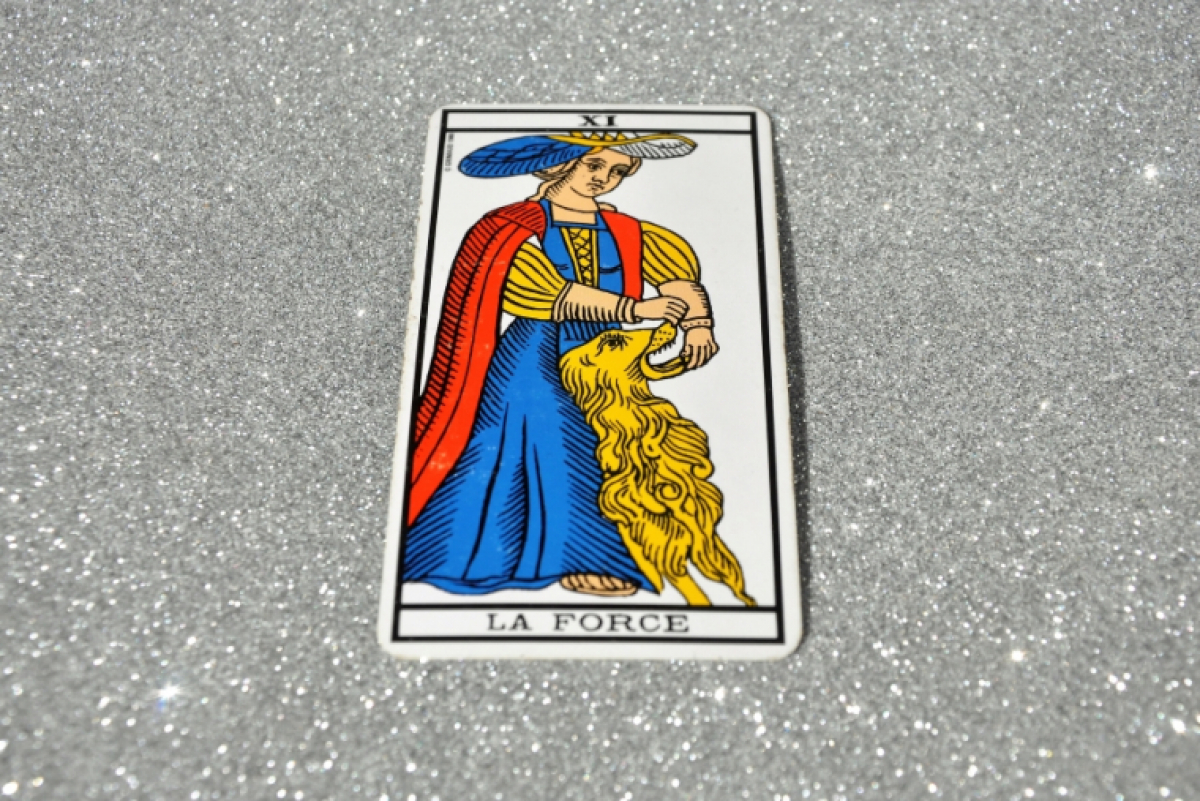 There is controversy as to the representation of the Strength tarot card by a woman. |

The symbology of this tarot card arouses mixed feelings. How is it possible that Strength is represented by a woman? And not only that, but she is able to tame the jaws of the wildest lion with her bare hands. In the hands of this Major Arcana, there is all the creative power and the courage to throw it into the world. True strength is a mixture of intelligence and love, which the Tarot entrusts to a woman.

This woman’s expression does not show tension, which suggests that the act she performs is not violent.

Her hat in the shape of an eight brings to mind the Magician’s hat, maintaining a perfect balance. Her blue dress suggests the typical passivity of female polarity, but the red cloak gives it energy. The yellow colour of the many elements that appear in this tarot card indicates that this is an intelligent figure with a very lively willpower.

Of all the animals depicted in Tarot, the lion is the only one capable of devouring the human being and, yet, the woman who matches up to him represents the most sublime dimension of the soul, which is that of the forces of miracle. It is the triumph of spirit over matter.

This figure is a symbol of the control of situations;it is able to accept life’s ups and downs. This Major Arcana card combines acts and thoughts into positive energy. It is self-confidence and equality in actions.

Strength refers to the beginning of an activity or a period in life influenced by instinct or creativity. You may wonder if the young woman represented in the Strength card allows the animal to express himself or tries to restrain him. After an illness or the end of a cycle, Strength represents the return of vital energy.

Other more specific meanings refer to the nobility of the heart of one of the characters involved in the issue, a new direction. Everything that has to do with extra energy, either at the beginning of an activity or with feelings that require intensity, such as courage. It is very usual to feel heroic, because you think you are capable of doing everything. The power of accomplishment is that strength is great.

This tarot card brings abundance, as well as brightness and sexual magnetism; also a great clarity of ideas and a powerful mind. Self-confidence is present and at ease.

Strength reversed indicates impatience, which leads to poor results. Anger and cruelty, as well as jealousy and all the negative feelings are associated with a bad position of this Major Arcana card. It also points out emotional oppression, unrestrained feelings, lack of control of the external elements, and feeling overwhelmed. It may also suggest a sex-related problem, or the emergence of a part of your being until then hidden, which now asks to express itself for the first time.

It represents you if you have succeeded thanks to your own merits. In a tarot reading, it represents the people who have dangerous professions, as well as organisers, healers, and all those people who succeed in their profession.

It is very important when it comes to personal relationships, because it indicates social conflicts. Also, it helps you know if something will succeed, so it is important to notice whether this tarot card appears in a favourable position, in which case, you can breathe a sigh of relief.

There is mutual trust, since this is an equal union, in which there is peace and quiet. You share a great moment of passion with your partner or you are going to get a satisfactory sexual union. However, even though this tarot card is positive, it makes you realise that love involves a daily work, in which you have to use your willpower to achieve emotional control. If you plan on starting something, this is a favourable time for encounters.

Strength reversed indicates war, conflict and brutality, even in bed. You may have trouble feeling sexual pleasure due to a loss of confidence. You become impatient or your partner simply puts you off.

Your mental powers are at full capacity, which leads you to a great power of accomplishment. You even have everything you need to become independent. Success comes from the trust in your own skills, as well as your ability and productivity. Besides, you have your colleagues’ respect. It is a good time to take risks in the job market.

In the reversed position, there is a loss of control or negative feelings, such as anger or cruelty. You are afraid of doing things wrong. Your pride has been hurt and you find it hard to recover.

The positive influence of the Strength tarot card on your personal economy leads you to spend money on useful shopping, without having to look at prices. There is great generosity with family and friends. It is good to move up socially when this tarot card appears. But if Strength appears in a reversed position, you must be careful, because you tend to believe too much in your good luck.

If this tarot card appears, you are lucky! It rarely refers to illness. On the contrary, you have an excellent health and, if you are sick, you have the courage and strength to overcome your health problems. If it appears next to the Major Arcana card XIII, it may indicate great fatigue, but you will be able to recover with enough rest. 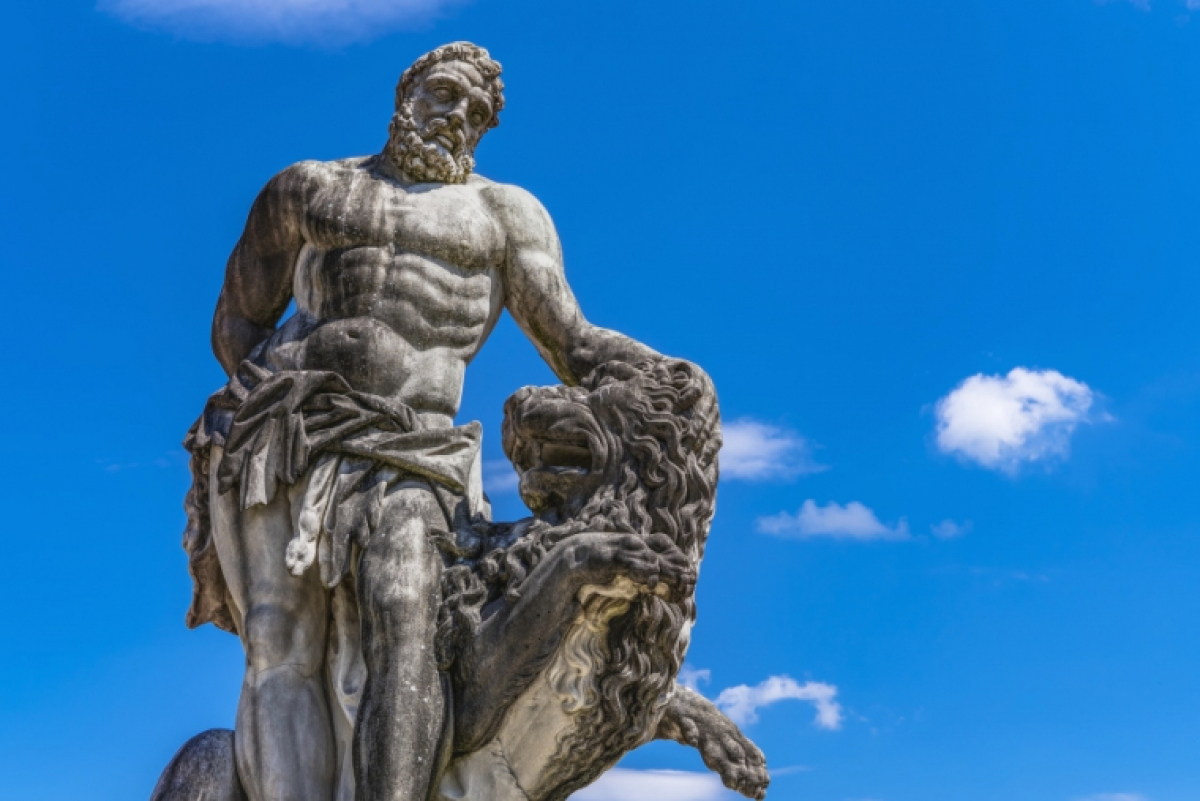 Strength (XI) is associated with the legend of Hercules and the Nemean lion. |

This tarot card is ideal for addressing psychological issues (“What are my weaknesses and strengths?”). It will also talk about violence or aggressiveness, but above all, the tarot reading should be focused on how to solve a conflict.

In the past, you had great conflicts with authority, or you lacked the means to carry out your own will. This is remembered as something difficult and, in your current moments of weakness, thinking about these events leads you to repeat old patterns, focusing your energy on seeing yourself as a victim.

What kind of strength do you have: intellectual, emotional or creative? Do you intend to change the world with your ideas? Do you feel ignorant or foolish? It is important to analyse the present and ask yourself these questions in relation to your own strength, because, above all, tarot helps you to expand your consciousness. It is also interesting to ask yourself whether you feel like a coward or, on the contrary, powerful to face everything, even though you know the situation requires an extra effort.

You have the power to achieve your goals, but you still have to develop your inner strength. You are on the right path and you should not let anyone make you doubt, for they are wrong.