Find out the meaning of the fifteenth Major Arcana card: The Devil. 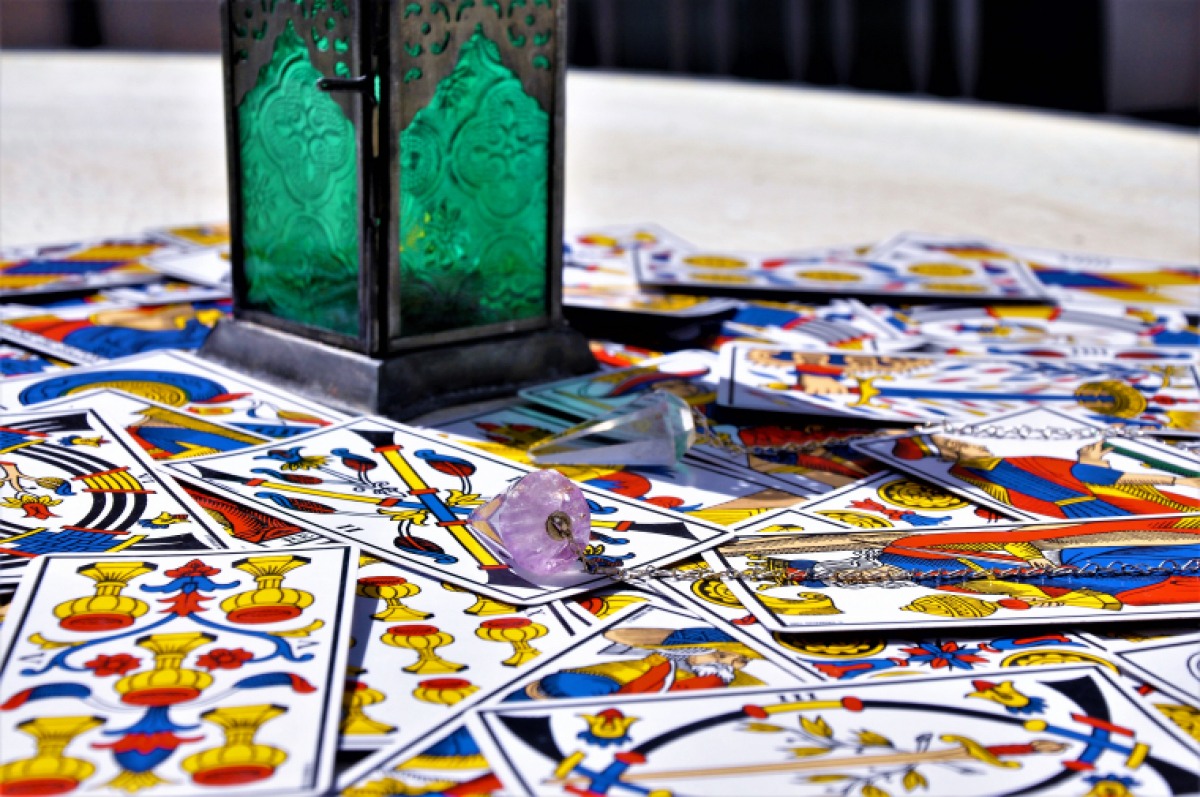 The Devil is the fifteenth Major Arcana Tarot card. |

The fifteenth Major Arcana card, The Devil, makes a strong impression among tarot apprentices, but, as always, there are not good or bad cards, it depends on their interpretation! Do not forget that this creature was originally a fallen angel, whom God cast out of Paradise.

If the Pope indicated a bridge towards spiritual heights, the Devil appears as a tempter who shows the way to the depths of the human being.

In the collective unconscious, the Devil evokes money, tempts humans with promising contracts and asks for our souls in return. However, what other meanings does he have in a tarot reading? Here you can find all the mysteries of this disturbing Major Arcana card. 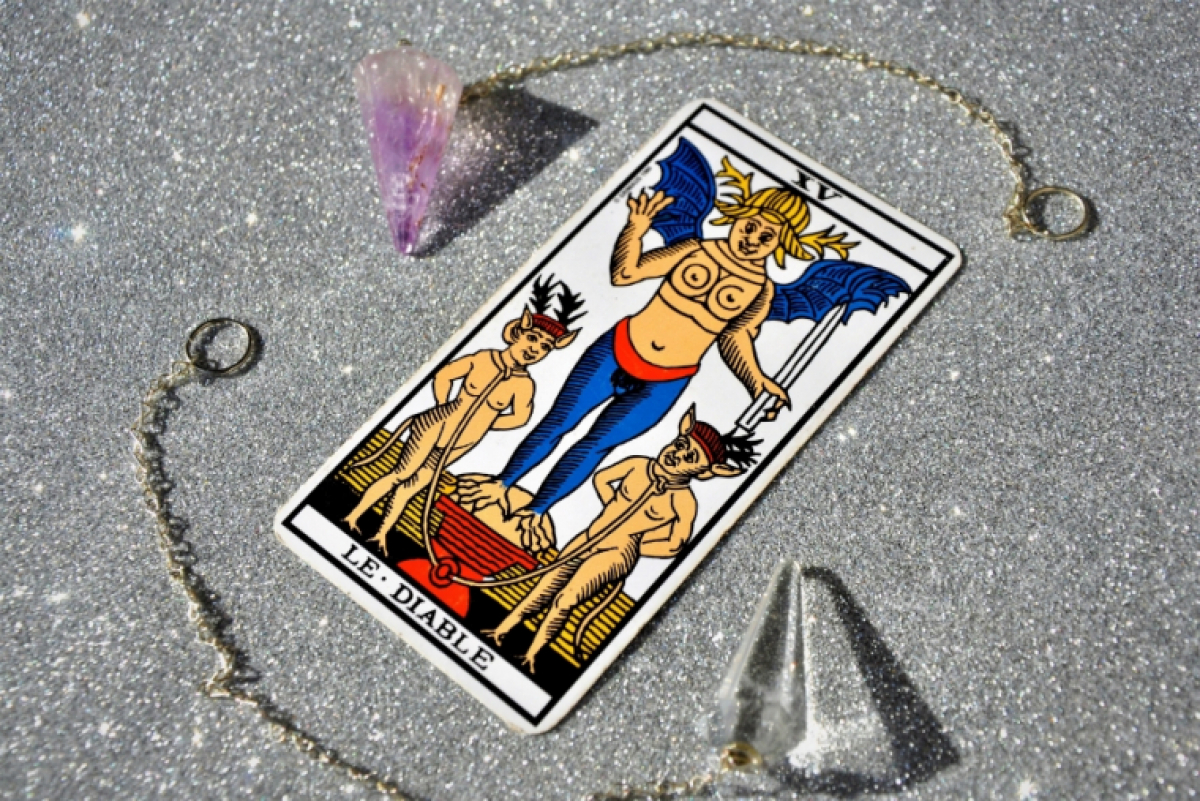 Here you can find all the mysteries of the Devil tarot card. |

The tarot card depicts an androgynous being, with female breasts and male genitals. Sexuality becomes a central part of this tarot card more than in any other Major Arcana card.

In his left hand he raises a white sword and his right hand has claws. This suggests that this creature uses all his weapons to achieve his goals: both reason, which is associated with the manufacturing of weapons and tools, and the most basic instincts, which are represented by that animal claw.

The look on his face is ambiguous. On the one hand, it suggests deep concentration. On the other hand, a childish grimace. It could be said that once the fear he inspires is overcome, he is seen as nothing but a caricature. The Devil hides nothing. He shows himself devoid of hypocrisy. It is the people who insist on not accepting the darkest part of themselves.

Finally, it is interesting to notice that the two characters have their feet as roots that bury into the blackness of the ground. They have been reduced to their more basic traits, so they are depicted with animal features. They are two beings who are bound together by their desire, but also rooted in the deep origin (the black ground) and so, they become servants of the androgynous creature that appears in the Devil card.

The Devil represents your instincts brought to light, your desire and will to rule. Within each one of us, there is this kind of hidden power, and it is up to you how to use that energy, whether for good or evil!

Traditionally, this tarot card has been associated with black magic, subordination, destruction and the fatal day of the Fall. But it also points out the mysterious trials of life, which help you increase your personal power, without necessarily hurting anyone.

It is the first notion of physical vitality, of the physical and hidden senses. When it turns up, chances are that you will have a lot of money, power or sex. It is not a tarot card that can be ignored in a spread, because it refers to everything that humans care about at a sensory level and keeps us awake at night. It develops your ability to persuade and seduce. This is the tarot card of temptation. But there is no better way to get rid of temptation than by giving in to it.

When this tarot card appears in the reversed position, it predicts something bad. Brutality and violence arise, especially if it appears next to the Strength card. Shady dealings and all kinds of financial problems come up, as well as toxic passions, and vain and dangerous stubbornness.

In a more advanced interpretation, the reversed position of this Major Arcana card indicates some spiritual improvement, and being able to see beyond the trivialities of this world. Also, being free from the slavery that is sometimes entailed by the flesh. In some way, it gives in to the lowest human nature.

This card represents sorcerers, and the people who have magnetic powers and use them for dark purposes, such as thieves, or people with power and money. It also refers to speculators, idols, sportsmen as well as politicians. They are all people who can have a great influence on the reality of other people.

It is clearly the generic figure when it comes to asking about material benefits. It is also often associated with questions related to hobbies. Questions about sexuality are also represented by this Major Arcana card.

Actions are fast and direct when this card appears in a tarot spread. The Devil cannot be fooled by the promise of a quiet and fruitful wait. You want everything and you want it right now.

Your relationship is on fire when it comes to passion. You are really enjoying the most carnal pleasures and the bed becomes a creative space in which you innovate without too much effort. You make big expenses when it comes to pleasures. There is faithfulness in your relationship, but provided that your partner is a strong stimulus in your daily life. Sex becomes too important an issue.

In the reversed position, there is a certain tendency to violence, or perversion. You must pay close attention to lies and manipulation as well as to emotional blackmail.

There is no other better tarot card when it comes to money and job opportunities if it appears in a favourable position. It indicates a pay rise and the control over the professional environment. However, there is still a tendency to use others cunningly to achieve your own goals.

In the reversed position, there is an excessive appetite for material things that leads you to abuse of power or to complain bitterly when money is lacking, which prevents any attempt to be happy.

Sexual organs are a source of disease when this tarot card appears.Hormones may be altered, and sleep, disturbed. Excesses of all kinds are dangerous.

In a favourable position, it indicates an excellent sexual health that leads to psychosocial well-being.

If this tarot card should be described, it could be said that it makes you focus on your deepest nature, it encourages you not to hide it. Fulfilment is about being true to your nature.

However, this is a difficult energy to control, which is why its polarity in a tarot spread is rather negative. For this tarot card to have positive consequences, it depends on your level of spiritual maturity.

This Major Arcana card becomes relevant in questions about the future, since it is closely related to progress and evolution (material, spiritual, etc.).

What is the passion that keeps you tied up nowadays? What sexual desires are you repressing? The Devil reversed may indicate sexual problems that you have been dragging from the past. There are traumas that you have to deal with. The past takes up too much space in your life and stops you from moving closer to material wealth.

You earn money, but it is also advisable to ask yourself this reasonable doubt: Whom have you sold your soul to make your fortune? Although this tarot card indicates material wealth, it will always encourage you to examine your conscience. Do not let money be the source of your distress, rather than of your joy.

What negative values should you mitigate? If you do not reform yourself on a moral level, it will be difficult to move towards your final goal. In the future, you may earn a fortune that can destroy you if you do not do a spiritual job first. 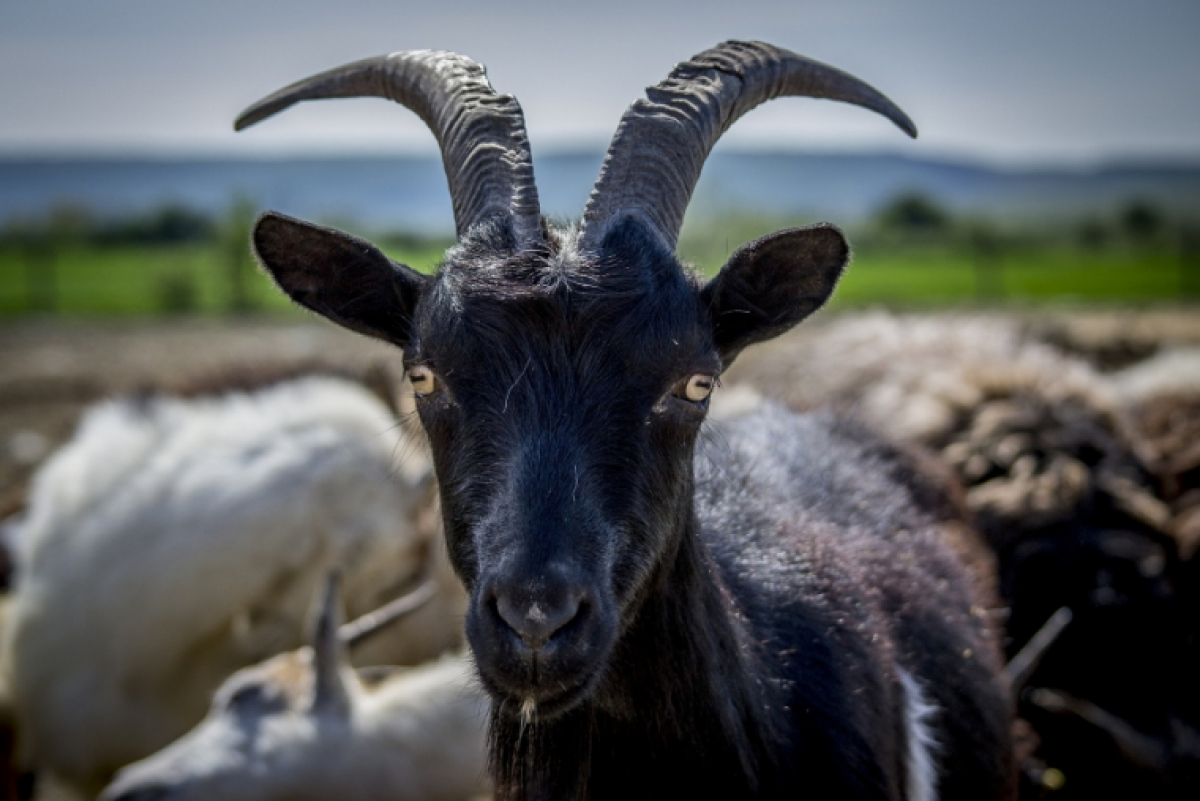 The Devil card is related to the Knights Templar’s Baphomet. |