Find out the meaning of the twenty-second Major Arcana card: The Fool. 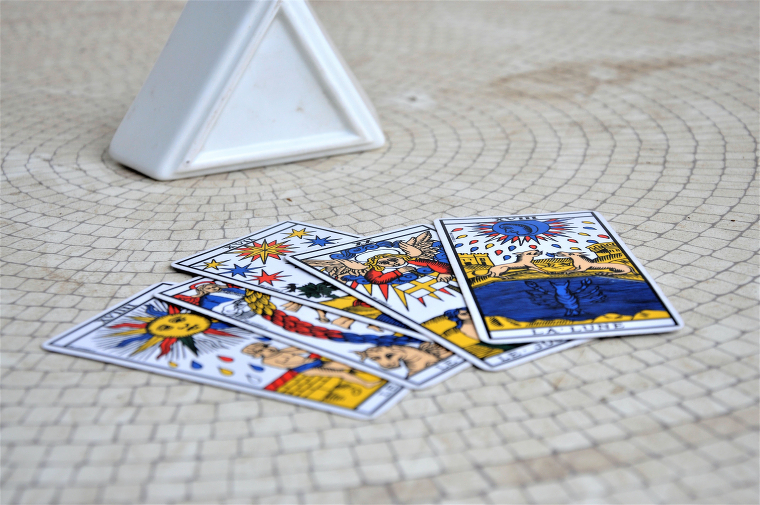 The Fool is the twenty-second Major Arcana tarot card. |

This Major Arcana card is considered either the first or the last card of the Tarot deck, because it has no number. Cartomancers could not agree on the position of this singular tarot card.

The Fool represents the human being in all his glory. After the revelations of the World (XXI), you may think that the path of consciousness has come to an end. However, this is exactly what this card with no number suggests: that consciousness has no beginning or end.

Some believe that he is a genius, someone who, after his entire journey, comes to the conclusion that everything he has learned helps him be more connected with his inner child. Difficult lessons may help relieve his burden, so that his energy can be released in all directions. No one knows where he is heading, not even him.

Nothing stops evolution, but this may be seen by humans either as something brilliant or something completely foolish. How could the Fool occupy the 21st position, since this number refers to perfection? And how harmful perfection can be! Once you reach it, your path comes to an end, it becomes stagnant. Everything that stagnates is doomed to die. Perfection is chaos, and this is the message of this Major Arcana card, which does not even have a place of its own in Tarot. 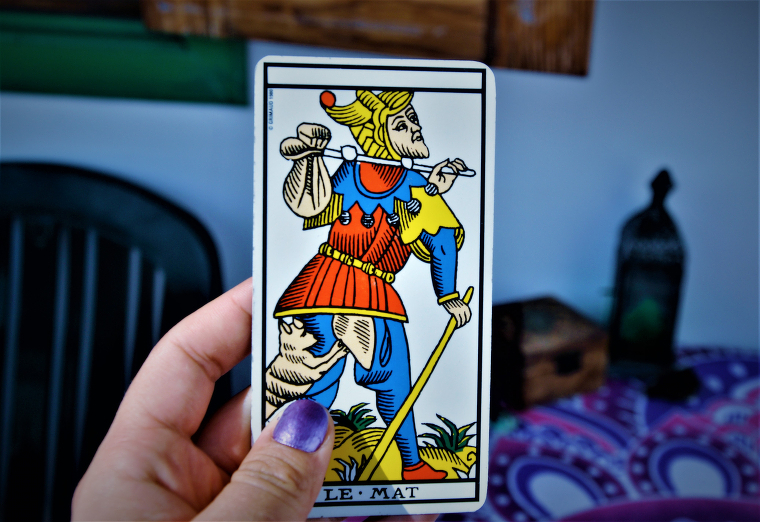 The Fool card is considered either the first or the last card of the Tarot deck. |

This card with no number, which can be either the first or the last, makes you wonder about his nature, which disguises his hidden personality. His clothes are extravagant but his expression is serene and confident, and shows a remarkable intelligence. It could be said that this tarot card does not belong to this series, that it was included in the Tarot deck for unknown reasons. It is a kind of joker or jack-of-all-trades.

Someone who wanders with nothing more than his bag and cane can only be an enlightened person. He always goes forward, despite the dogs that bare their teeth. Perhaps, it refers to the animal instinct within the human beings that drives him when he has no apparent reason to move forward.

It is the principle of constant evolution, of the unknown and irrational things of life. He represents both meaning and nonsense. The unexpected is always on the other side of this tarot card. It is the end and the beginning of a cycle, when it appears next to the Wheel of Fortune. But, what does it symbolise: brilliance or madness? We will never know. It will depend on your mental state. Perhaps, madmen tell truths that only other madmen can understand.

It represents everything that is spontaneous in the world, sudden decisions; as well as the sudden understanding of a situation and those processes that are already in progress by fate’s ways and that cannot be stopped.

The Fool reversed represents a chaotic energy, which you are not prepared to handle. It makes you irresponsible and with a certain tendency to depression. The truth in large doses cannot be understood, so it saturates and paralyses. There is lack of scruples, internal imbalances that lead to depression, as well as all kinds of risks, especially if it appears next to the Tower card.

You have to follow illusions that lead nowhere, deal with the nonsense you cannot avoid, as well as all kinds of mistakes.

In a tarot spread, this card refers to travellers, homeless people, beggars or the mentally ill, when it appears next to The Hanged Man. These are the prophets and troublemakers that are outside all norms. This Major Arcana card includes all kinds of creative and original people. They are the ones who set the trends in the world, the pioneers who create intellectual currents.

You must pay close attention if he comes out in a question about health. Do not forget that the Fool represents the human being, body and mind. You should also pay attention if he appears in questions about travelling abroad. In the upright position, you can be almost sure that you will enjoy a great adventure!

Events in the tarot spread take place at great speed when it appears in the upright position. However, in the reversed position, although it is still just as fast, you make mistakes and become clumsy.

In a love spread, it indicates a couple that is self-centred and focused on the most abstract aspects of their relationship. You can easily find yourself talking for hours about certain ways of reacting or mental images; any kind of communication is possible.

Another healthy aspect of this Major Arcana card is that it indicates that you leave behind your past in order to be present in your current relationship. There is always the desire to move towards innovation, to explore what has never been done before with your lover. If you do not have a partner, originality is something “rare”, but it works when it comes to finding one-night lovers (it would be better to show yourself more approachable).

The Fool reversed indicates that you do not always realise that your attitude can hurt others, or that there is some lack of interest in your partner in your everyday life.

Your point of view is too revolutionary and it is difficult to find your place in society. But there is something you have in your favour: an everlasting confidence. There is no fear of innovation, because your ideas are good. However, they may not become a reality, because they are too avant-garde. This is a good time to take risks that are hard to take by others. Those who are not afraid of uncertainty show courage and bravery. Money is earned by travelling, by exploring new horizons.

In the reversed position, depression appears as a sledgehammer, when it turns up together with The Moon. Your spirits are so low that others can easily discourage you. Nothing seems to work as you want and so, it is likely to question yourself in a harmful way that sinks you deeper and deeper into insecurity. When it comes to finances, it warns you that you should keep your feet on the ground. You have to calm down in order to manage your expenses better.

This Major Arcana card is related to the nervous system, depressions, migraines, motor skills problems. It warns you about the consumption of narcotic substances when it appears next to the Devil. 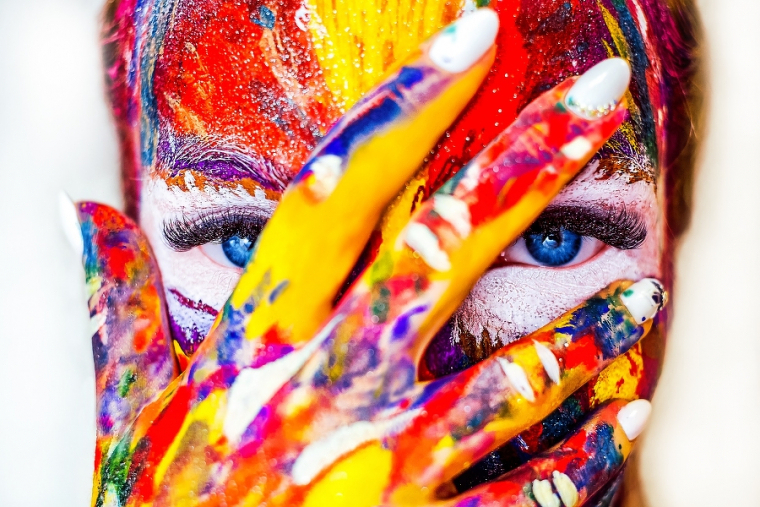 Brilliance and madness go hand in hand in the Fool tarot card. |

As mentioned before, brilliance and madness go hand in hand. The obligation to move forward without being able to consider things all the time is something characteristic of the Fool, which sometimes may lead to difficult situations. That is why it is rather negative in a tarot spread.

The Fool always looks to the future, so he becomes more important in questions related to what is yet to come.

In the past, you had to get rid of certain burden that prevented you from moving forward, and you did it wonderfully! However, in a reversed position, it may indicate that you have lost some of that wild drive that has led you to where you are today and that you need it back in order to carry out your projects.

What is the goal you have in mind? You need to ask yourself if you are investing all the energy it deserves. Now you have the chance to reinvent yourself, to become that person you have always dreamed of being. That is the only way to get closer to authenticity. It is very important to avoid lying to yourself if this Major Arcana card appears in a tarot spread about the present.

Tarot does not set the future, but it tries to foresee it. A clear awareness of possible obstacles allows favourable future developments, even if, in this case, you let yourself go with the flow! Perhaps, that is why the Fool shows a serene expression: although his steps may seem erratic, he will always obey a higher level of consciousness. This Major Arcana card encourages you to have faith in your path.