Find out the meaning of the twelfth Major Arcana card: The Hanged Man.

The Hanged Man is the twelfth Major Arcana tarot card. |

This Major Arcana card is special, because it depicts a man who is hanged upside-down in the most uncomfortable of postures and, yet, his face shows nothing but serenity. In this sense, it brings to mind the Force tarot card, where you can see a woman holding the jaws of a lion without the slightest trace of fear on her face.

What are the meanings of this enigmatic tarot card? What does it mean in a tarot spread of love, money or health? The past, present and future are intertwined, but The Hanged Man carries on unperturbed from his chosen position. Could it be because he knows something that everyone else ignores? 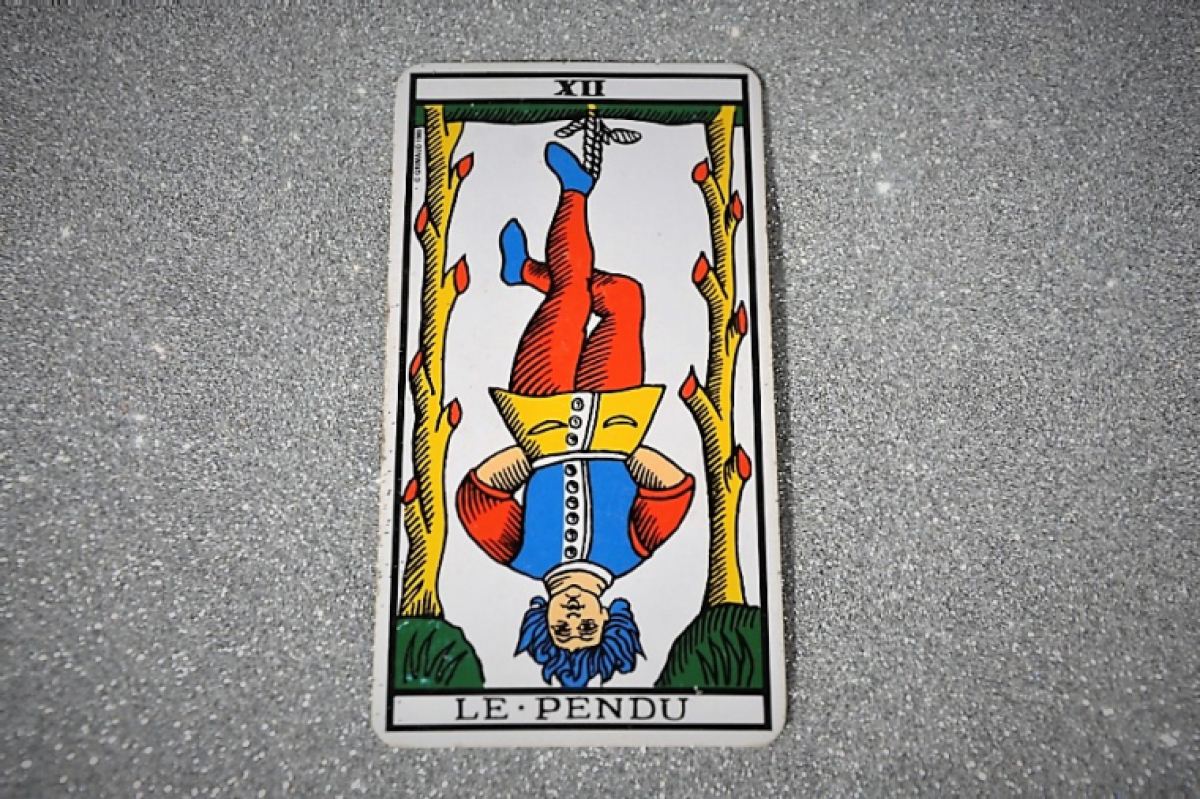 Life is contemplated from an original perspective in the The Hanged Man tarot card. |

His tied feet indicate the impossibility of acting and his upside-down position, the suspension of thought. Life is contemplated from an original perspective. His messy hair suggests that the spirit is working. His hands held behind his back show that he does not want to act. The character does not convey sadness, since the main message of this tarot card is acceptance. The fact that he is chained is positive: it represents the spirituality and nobility of feelings.

The mental blocks are healthy for the character; the branches whose sap is purple and brown confirm this idea: time carries out its function. This situation of immobility and waiting helps the planning of future actions in the material or spiritual sphere.This tarot card is frustrating at first, because it contradicts the standards of modern society. Being a black sheep involves some discomfort. The Hanged Man certainly has a look of holiness.

It suggests the acceptance of those periods of life when everything seems stagnant. Philosophy and faith help to overcome and understand cycles. The spirit’s reflection and rest help to find solutions.

It represents spirituality, when you control your desires and your continuous quest ceases. You have given up something very dear because that is what you wanted or because you need to be more altruistic. Respect the bonds you have with those you care about. Commitments are done willingly, especially when it comes to your partner or your health. The people whose company you have chosen are necessary for your spiritual life. Other positive meanings refer to total surrender, to necessary waiting times as well as heavyweight faith.

The Hanged Man reversed represents helplessness, the inactivity that harms you, as well as resignation and laziness. It is the feeling of reaching a dead end, because there is a lack of ideas that could put energy into life, or action is just not appealing. The mental blocks are real when this tarot card appears in a bad position.

In a tarot spread, it can refer to a friend, a spiritual brother you ask about. It also represents the mystics, priests, or the enlightened ones, as well as those who have a weak spirit or misunderstood spirituality; that is, alcoholics or drug addicts, those people who somehow are looking for visions of the afterlife, but use a fast track that does not allow them to understand what they are actually seeing.

This tarot card is especially important in health-related topics, but also in spiritual questions. It can also be used to find out more about your mental blocks: “Why is nothing advancing right now?” or, “What do I need to do to unlock this situation?”

The Hanged Man always slows down the speed of a tarot spread. Inevitably, this Major Arcana card will mark a temporary delay, necessary for actions to be completely developed.

The Hanged Man gives more importance to moral perfection than the physical plane. Relationships involve a certain sense of emotional self-denial, and there is the risk of accepting to be dominated by the other. There is faithfulness in your relationship, and also a respect for keeping one’s word, since the union between souls and bodies is profound. If you are single, you can wait as long as it takes to meet your loved one.

In the reversed position, love will not come to your date. In the event that this is the beginning of a relationship, your longing for someone from the past is too overwhelming and it prevents the current bond from developing. Your belief in utopian situations cause you more pain than satisfaction. You put up with offences more than you should.

Vocation and dedication are guaranteed by the Hanged Man. You should not quit your job even if the salary is not what you expected; you are carrying out a necessary task that is satisfying. You settle for second best and, if you want to change your profession, you should choose something related to service to others.

The Hanged Man reversed indicates exploitation and lack of courage to respond. There is a tendency to wailing that never leads to positive results.

When it comes to finances, you do not have too much money, but what you have is enough to support your life. In the reversed position, there is something that prevents you from getting those means that you need so much. When it appears together with Justice, you depend on institutions to survive.

It suggests digestive problems related to “swallowing” situations from the past that have not been digested. Also, nausea and vomiting, as an expression of the need to “throw out the poison”. Intestinal problems.For women, problems related to pregnancy that can lead to caesarean.

This is a rather negative tarot card, especially when it delays your mission. It has clear connotations of the past, of what is delayed, of what happened in the past and affects you at present. You should take on exactly the same position as the young man in the tarot card, since you will have to wait patiently for fate to give you what is yours. It will happen just at the right time, neither sooner nor later.

If the Wheel of Fortune represents the future, the Hanged Man is the past. The past cannot be changed, which often makes you feel helpless, a burden that paralyses you. This paralysis becomes stagnation, which is nothing but an optical illusion, since the wheel is actually spinning, but its movement is internal, subtle, not visible. However, it is real, as real as the life created inside a woman, who knows that the wait will bear fruit in due course.

A very positive aspect of The Hanged Man is his ability to turn things around, which allows you to see the other side of the coin. You often feel overwhelmed, because you only get a one-sided view of the facts, so you consider a situation as good or bad without understanding it as a whole. Resilience, which is the ability to overcome adverse situations, is basically to accept the situation and look for its positive side in order to turn it into a learning process and not a tragedy.

The future is a paradox, as it leads you to make your peace with the past, if the tarot card appears in the upright position. Otherwise, it is a future that is still too far away to answer your current questions. Therefore, you should keep asking questions and wait patiently for time to reveal its meanings. 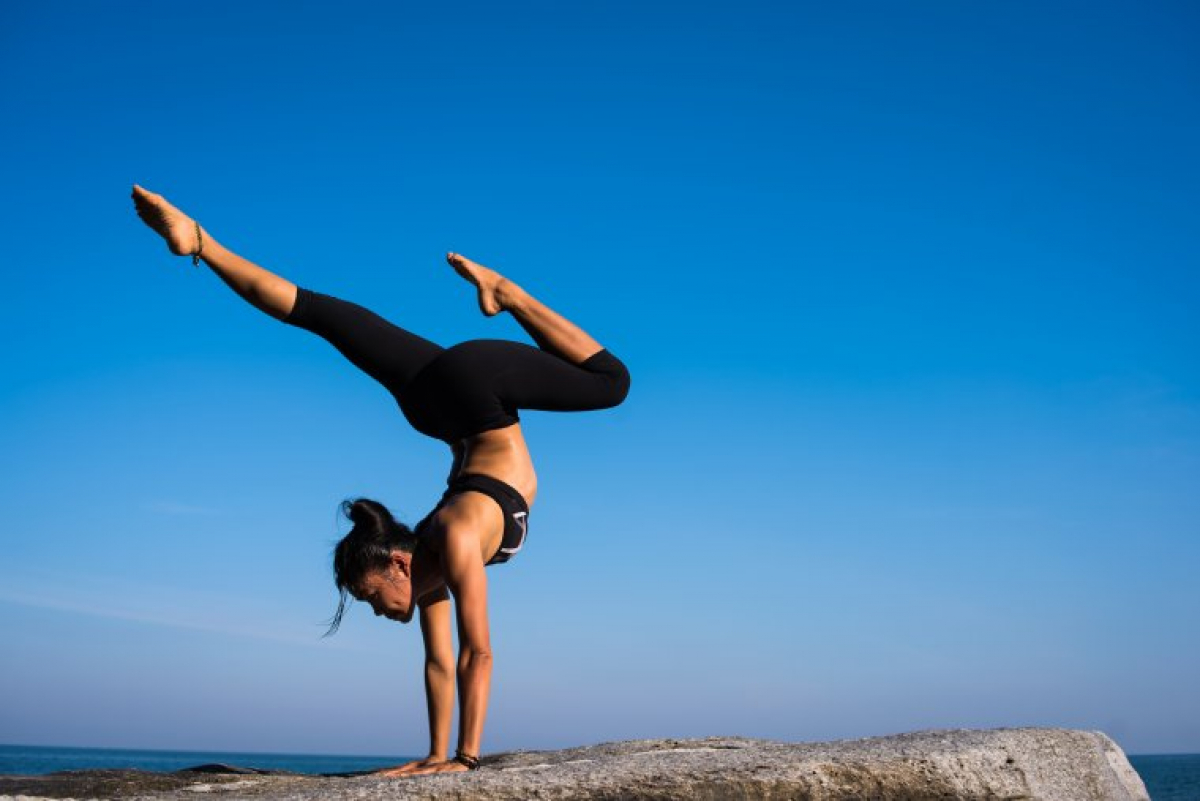