Find out the meaning of the nineteenth Major Arcana card: The Sun. 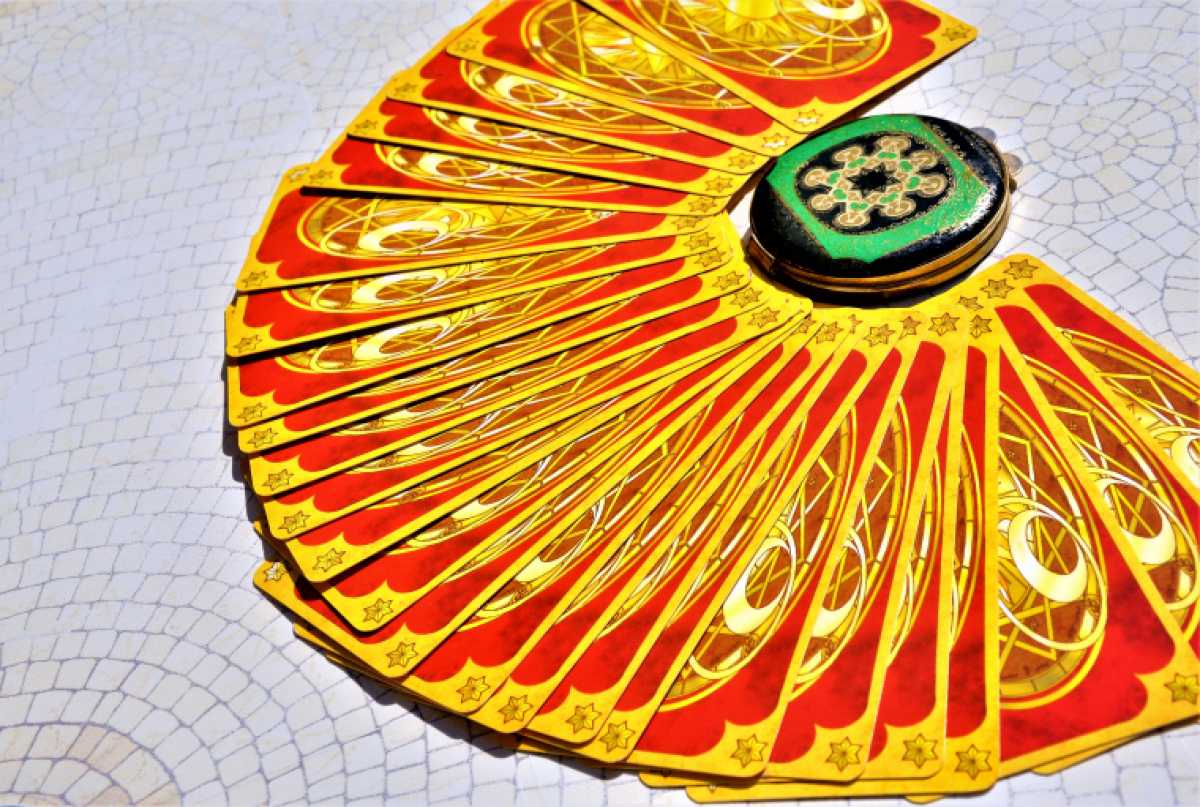 The Sun is the nineteenth Major Arcana tarot card. |

The Sun card represents the sons of the Magician, who has become a father. In general, it enlightens the tarot spread in which it appears. The king star lights up two brotherly characters. This tarot card expresses friendship, exchanges, the energy that is given and received, Nature’s strength and the power of life.

It represents the burst of consciousness. No matter the kind of tarot spread in which it appears, its meaning is generally quite positive. Find out more about this glowing Major Arcana card here.

In this tarot card, what stands out is the great shining star at the top of the image. It lights up the two figures below: two children that are holding hands. They trust their future!

Somehow, they bring to mind the devils that appear in the Devil card. However, in this case, they are not joined by dreadful chains but choose to hold each other’s hand, as a sign of brotherhood and trust. Instead of a passionate union, the two characters share a bond of mutual support. The wisdom that was created in the shadow of the unconscious with the Devil card now comes to light with the Sun card.

The twins could be seen as a metaphor for inner work, that place where you find the most rational part of yourself trying to guide that wild child we all carry inside. As adults we must always guide our inner child towards happiness.

This tarot card means vitality, the beginning of life and happiness. In a positive tarot spread, it indicates beauty in all its forms, both physical and emotional. It also points out a healthy and selfless ego, the consciousness and a very developed sense of harmony.

In the reversed position, feelings are poorly handled and susceptibility is barely contained. Vanity and boastfulness play against you. There is a tendency to believe that you are the centre of the universe. Certain behaviours are taken to extremes, which make them harmful, even if they were initially good. The impression you give does not reflect your true personality; there is some shallowness.

This Major Arcana card represents close-knit partners or parents. It refers to children, creators or celebrities. In short, all the dazzling people who love their life can be represented by this tarot card.

This is clearly a Major Arcana card dedicated to love, so you have to pay attention if it comes out in a love-related reading. When it appears in an upright position, it means that love is in the air. However, if it turns up in a reversed position, your problems are not as serious as you think. Such is the loving effect of this Major Arcana card in a love spread.

This is a tarot card that suggests all the positive and ideal characteristics of a relationship. If you are asking about the situation of your relationship, it indicates nothing but happiness. Your children are healthy and happy. Besides, they give meaning to your love union. There is an attraction to beautiful people, mentally and physically speaking. If you are single, you will call the attention of the person you like with your sparkle.

The Sun reversed predicts that the relationships based on interest are destined to fail. There is a strong tendency to an excess of sensitiveness and to making sacrifices that leaves you in a bad position; you must control your strong emotional reactions. There is a possibility of losing a well-loved friend, due to life circumstances.

You are going through an excellent time when it comes to your work as well as your economic situation. In the upright position, this tarot card predicts happiness and wealth. There is even the possibility of a pay raise. Artistic talents are enhanced with this Major Arcana card, which advises you to show them off as much as possible, since you will be able to pass on to others your optimism and good vibes.

In the reversed position, work can demand sacrifices that you are not very willing to make. Your ego is offended. In case you are unemployed, it is time to put your pride aside and try again those offers that were previously declined. When the Sun card appears in a reversed position, you do not have a lot of money. So, it would be advisable to consider your life-style, perhaps you can live without some luxuries.

This is a very positive tarot card when it comes to health questions as well as other aspects of life. However, if it appears in a very bad position in relation to the other cards of the spread, you should consider the possibility of problems related to the heart or gut. Also, be careful with those skin burns caused by exposure to the sun. 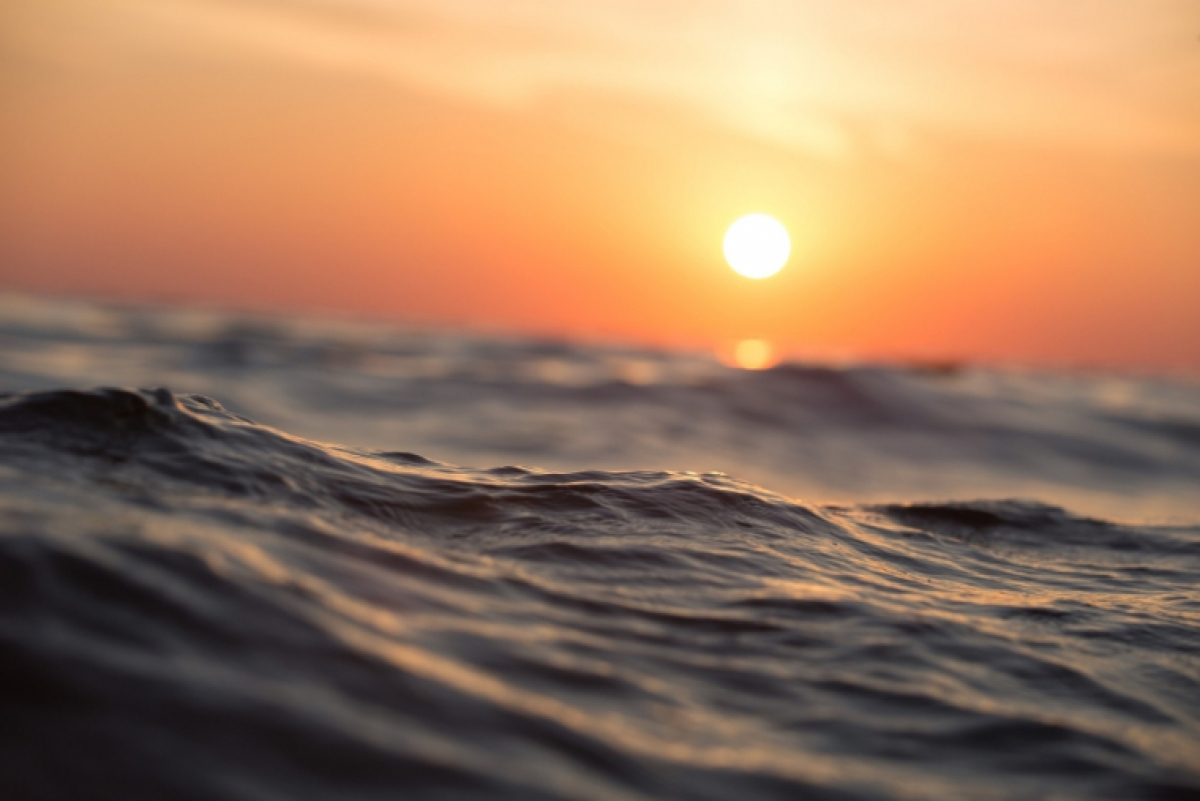 The Sun tarot card has a meaning that is extremely positive, even if it appears in a reversed position. |

Without the king star, there is no life. Love, warmth, children and vitality are expressed through this Major Arcana card. Therefore, when it appears in a tarot spread, its meaning is extremely positive, even though it turns up in a reversed position.

It is especially important in questions related to children or relationships. How will love develop? In these cases, when the Sun card appears, it can only mean good news!

A happy childhood turns out to be protective and provides the answers to your current issues. If your past has not been easy, this Major Arcana card encourages you to be the adult you needed during your childhood. There is no way to do it wrong as a parent if you let yourself be guided by kindness.

Altruistic and generous, like the Sun that does not deny light to anyone, you are happy to share your joy with the people you love at present, in a context of harmony and tenderness. You are satisfied with what you have and who you are! There are few riches that can be compared to the fortune of knowing how to appreciate what you already have.

You will get to have that new life you need so much. You may not notice it, but day after day there are small changes that will lead you to that full happiness that the Sun card promises when it appears in a tarot spread about the future.