Find out the meaning of the twenty-first Major Arcana card: The World.

The World is the twenty-first Major Arcana tarot card. |

The World (“Le Monde” in French) is the result of the Magician’s journey and the full understanding of his experiences. This powerful tarot card is the one that concludes the Major Arcana sequence. It seems that this tarot card mirrors the entire structure of Tarot, since, in the centre of the card, there are the 22 Major Arcana and, in each of its corners, depending on the suit, the rest of the Minor Arcana.

What is the interpretation of the World in a tarot spread? Does it mean the same in a question about the past as in one about the present or future? Here you can find all the details about the World tarot card.

Here is where the Magician’s journey ends, but it is a female character that is depicted in the centre of the tarot card. However, he is still recognisable due to his wand and, if you look closely, this woman has very masculine features. In this way, Tarot shows that life’s complete journey goes through the utter acceptance of the two energies, both masculine and feminine.

Full consciousness is symbolised by the four creatures that appear on the card: the angel, the eagle, the ox and the lion. The angel represents emotional perfection; the eagle symbolises mental fulfilment; the ox refers to material wealth, and the lion represents creative energy, the movement that leads to conscious creation. The character at the centre is blessed with such gifts! In fact, her gaze is directed to the left, which means a state of total receptivity, while one of her feet is resting on the ground, which shows her complete acceptance of the world as it is.

This Major Arcana card represents the whole, the highest level of achievement, as well as recognition, culmination and power.

It includes the feminine, travels, as well as freedom. It represents positive feelings about oneself, such as trust, well-being, refinement and integrity. You have total receptivity to the outside world and this makes you feel fulfilled; your projects are successful.

In the reversed position, this tarot card suggests isolation from the outside world. You become unpopular due to arrogance and snobbery, which drive away the others. If the tarot card appears in the reversed position, it does not stand out too much, apart from the fact that it is not possible to balance correctly the positive energies of the feminine and the masculine. You are self-centred and your conversation is quite simple.

It refers to important people, the upper classes, people who feel fulfilled in their world, a masterpiece, or the people with whom it is very easy and pleasant to get in touch.

This is a very important tarot card if you ask about the future location of your home, or if you expect to see a lover who lives in a different place. In a tarot spread, even without asking about it, it reveals your degree of openness to the world and its convenience. Usually, it is good to show openness, but not always, for example, if this Major Arcana card appears next to the High Priestess.

When this tarot card appears as an answer to your question, it means that your relationship is in perfect harmony and no problems affect you. Communication is excellent at all levels. Your understanding of feelings is mutual. If you are single, it is time to open up to the outside, because there are great opportunities to meet the one who will become the love of your life.

In the reversed position, you would rather keep appearances than fix your relationship issues. It is very easy to fall into eccentric behaviours, and your partner makes you feel out of place, which will become a negative thing in your relationship. Lies from both sides are something usual.

There is a clear growth at the economic and working levels. When this Major Arcana card appears, it is not surprising that you end up abroad, especially if it is turns up next to the Chariot.

If you do not have a job, the most convenient strategy would be to turn to your contacts. It is a great time to make a name for yourself.

The World reversed brings some melancholy; you do not feel loved and appreciated. You can also wish that everything would change, since you have been doing the same thing for a long time. You are going through a series of obstacles, due to psychological reasons rather than circumstances of life. If you do not have a job, you must learn not to be so proud.

This Major Arcana card predicts excellent health. In the case of being sick, your recovery will be quick and complete. It recommends that you go out more often to breathe in fresh air. Shutting yourself up in your house is bad for your health! 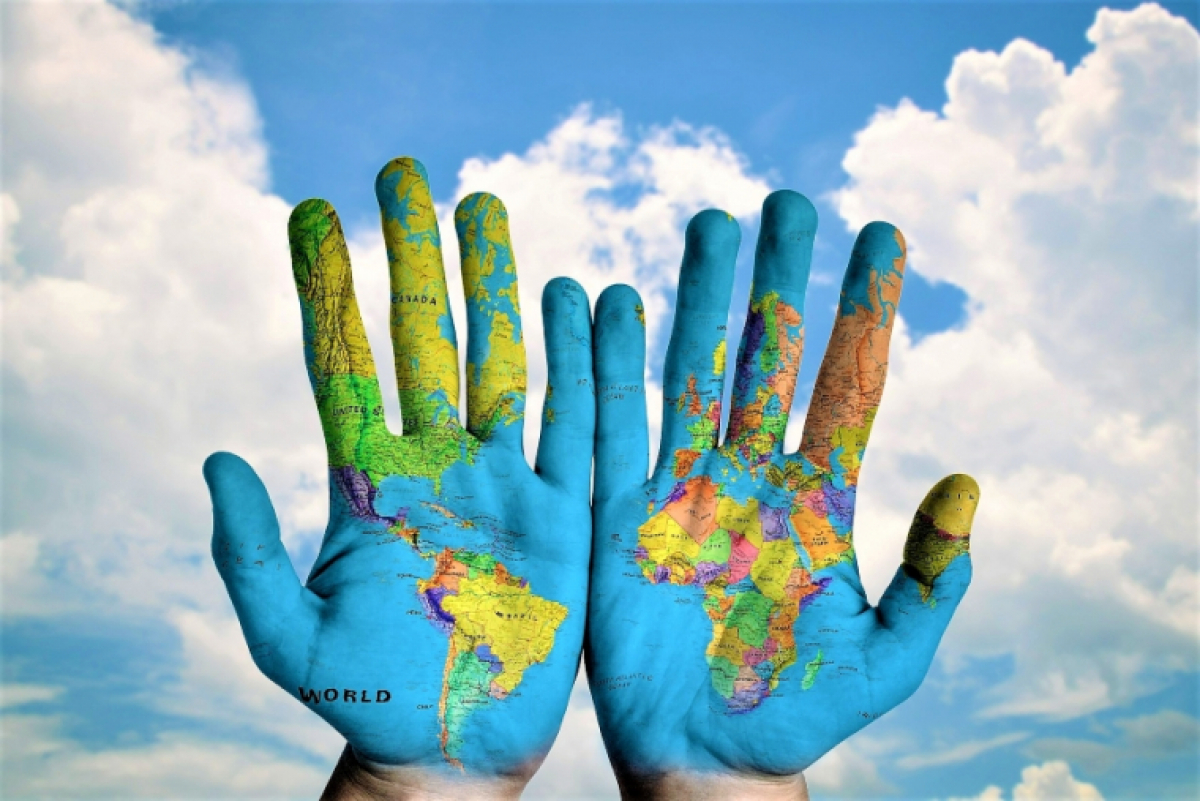 The World card positively changes any other tarot card or reduces its negative effects. |

This tarot card reveals a lot of fulfilment, which gives the spread a quite positive connotation.

It is important to pay attention if the tarot card turns up at the end of the spread. In this case, it will reveal its full potential. Otherwise, it may indicate that you live “locked up” in yourself.

In any case, it positively changes any other card or reduces its negative effects, drawing its best meaning.

What is the result of everything that you have done in the past and what changes has it brought to you? You cannot cling to all the good things that you have already done, you need to keep working to improve your personality.

The question to be asked at the present time is whether you feel fulfilled. It also leads you to wonder if you feel trapped in your own life. Are you giving yourself the opportunities you need? If not, the world will find you, even if you want to escape from it. So, it is better if you welcome it with your arms wide open.

Now is when the tarot card shows all its potential. It indicates situations that are coming, which will lead to the culmination of this whole process that you have been developing. You will meet people who will brighten your life even more. You will achieve your goal at the working level or recover your health simply by taking care of your body every day.