Find out how to fight back sadness through magic by the time the Blue Monday arrives, it's the saddest day of the year. 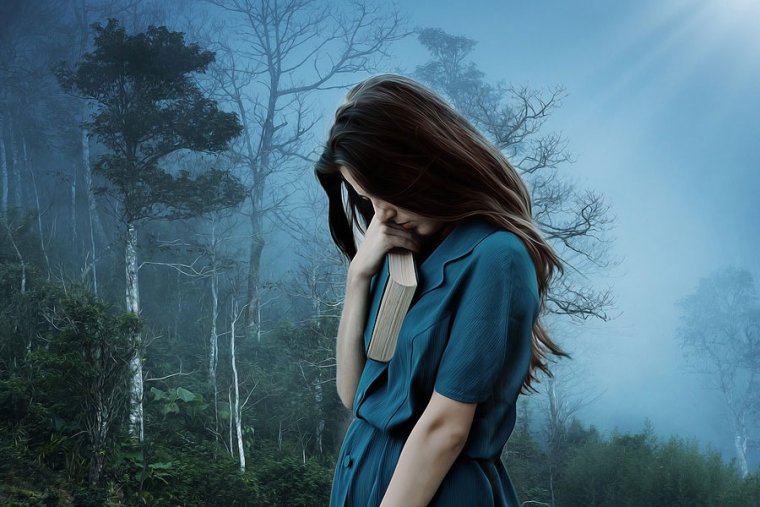 Blue Monday: A ritual for the saddest day of the year | MagicHoroscope.com

It seems like there are days in the year when the entire universe goes gloomy out of the blue. In that sense, the most well-known one is the Blue Monday; to locate it on the calendar, we need to find the third Monday in January, so this year it falls on January 20, 2020.

Social networks usually make Blue Monday one of the hottest topics, as if it were a holy festivity such as is the case for the Holy Week or even Christmas. In fact, Blue Monday is closely linked to the now gone holidays, so shrouded in an air of love and family.

Thus, the third Monday of the year falls prey to depression, and there are scientific studies backing it up. In 2005, psychologist Cliff Arnall, a university lecturer who works at Wales, declared this day the saddest of the year.

The factors that come together to make sadness and despair king and queen for a day have been highly criticised for being random and having little consistency despite its seemingly scientifical basis.

Whatever the case, these are the key factors.

It's the first day of work in the week, which means that many of us go back to work after a weekend full of leisure and free time.

But not too much! Thus, income has gone down, the payroll from January hasn't been paid yet, and finances start to get worse.

3. Christmas wasn't too long ago

There's plenty of people who have better work conditions near Christmas, with more days off or shorter shifts. Celebrations all around include our loved ones, and we see them instead of workmates that aren't always nice.

In fact, Christmas might have seriously hurt our finances, and we still didn't recover from all the gifts and commitments.

4. What happened to New Year's resolutions?

When the year's gone, we set the goals of fulfilling certain resolutions by the time the new year kicks in, in order to improve our lifestyle, personal appearance or professional growth. For instance, quitting smoking, going to the gym, or just enjoying more time with our loved ones.

Three weeks later, little to none of that has come true, and that's why this sadness and despair comes up.

As we've said, the author of the Blue Monday theory -according to which the third Monday in January is the saddest day of the year- works in Wales, where winter is as cold as it gets right now. It's a season where there's not as much sun, and therefore, people don't go out as much, there are not many friends' meet-ups, and it's easy to feel and be isolated.

A ritual for the saddest day of the year

Is it true, then, that this third Monday in January is the saddest day of the year? This question makes us all wonder, and in case we give a positive answer, let's try to find a solution to get back to having some good mood and a smile across our faces.

In this sense, it's interesting to see more and more companies taking advantage of Blue Monday to sell their products (even if we said that part of this sadness comes from the Christmas debts piling up).

Particularly, we can see many travel agents encouraging you to get your holidays ready, thinking that you'll find all the happiness you're lacking right now.

However, we at the Magic Horoscope would like to suggest a ritual to fight back this Monday's sadness.

Thus, the first thing in the morning, take a black crayon, the kind that children use for arts and crafts, and paint with it half of a white candle. The top area, closer to the string, will be black, and the bottom area, the base, will remain white.

With some matches, burn the string, and while keeping your eyes fixed on it, cast the following spell:

Melt it, make it flow.

Give me the power to be reborn and emerge.

And let sorrow forever be released from its root.

When all you see is white wax because the black area representing sadness is gone, grab your favourite magic stone (it's even better if it's your own sign's), and drop some wax onto it.

While you do that, recite this chant:

I beg of you to melt sadness.

Transform it into happy energy.

And convert it into positive vibrations.

Next, make the stone rollover your temples and heart. Put your forehead against the candle and dust lemon balm powder over it (although any other bright green herb will do).

When the candle's all out, put away the lemon balm and the stone on a cloth bag and carry it around with you, because it'll be a powerful charm.

If you want to fight back the Blue Monday again next year, you can use the same stone, but just the stone!