Mistletoe: Benefits of this Magic Plant

The protective power of this amulet to attract good luck and love: discover the mistletoe uses and benefits 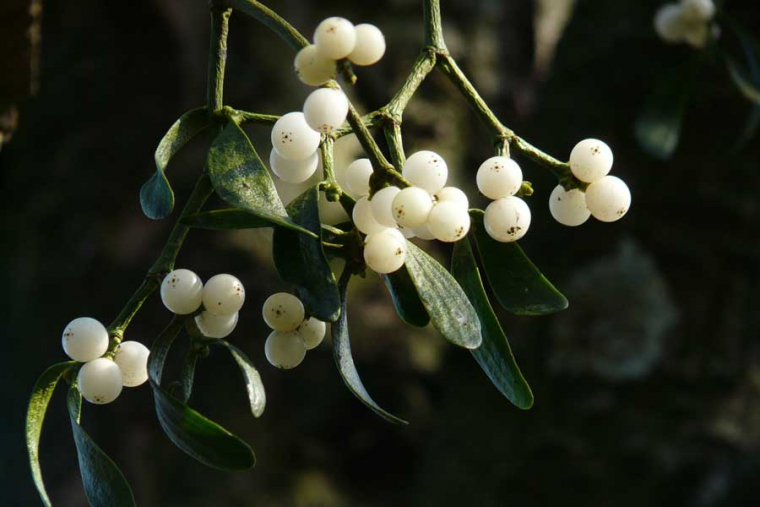 The mistletoe plant can be confused with the holly tree.

Legend has it that lovers must kiss under a branch of the mistletoe tree at Christmas to be together forever. However, druids have known the magical and health powers of this plant since ancient times, and its benefits go beyond promoting love. In this article, you will find out the mistletoe uses.

What is mistletoe? The plant of love

Viscum Album is a parasitic plant of shrub type that is very easy to recognize: between its yellow-greenish leaves and tiny flowers grow small berries with green tonality at first, and translucent, white or yellow when they are grown.

The fruit of the mistletoe tree measures about 10 millimeters in diameter with a single seed, inside which is the pulp. However, it is not an edible berry, so do not ever eat it.

The particularity of mistletoe is that it is a parasitic plant, that is, it grows on the branches of some trees, preferably deciduous such as apples and poplars, but also some varieties of pine. This is why it is often seen forming leafy bushes that hang from the trees it parasitizes.

The way mistletoe multiplies is very particular. The viscous pulp of its berries attracts birds, which separate it from the fruit and rub it against the bark of the trees. This way the seed remains adhered to the bark and begins to grow roots that penetrate in the tree, absorbing its sap to parasitize it.

Benefits of mistletoe as a magic plant

Since ancient times, the druids used mistletoe as a magical plant, especially as a protective herb. It was used in houses as a protective amulet to ward off evil spirits, to avoid the action of lightning during storms and to guarantee happiness and prosperity in the home.

The first thing that attracts attention is the many legends surrounding the magical mistletoe plant. By its nature, it hangs from trees and never touches the ground, which is why it was once believed that this herb belonged neither to heaven nor to earth. Since then, several magical and esoteric qualities have been attributed to it.

Mistletoe, used as a protection amulet, accompanied the lives of men and women from birth, as it used to be placed next to the cradle of babies to protect them from evil spirits and evil fairies.

Celtic peoples were pioneers in the use of mistletoe as a magic plant and had a leading role in the festivity of the winter solstice, the Samhain, the precedent of the current celebration of Halloween. The Christian tradition inherited its magical uses, having it as a plant that attracted good omens.

Mistletoe has survived to this day thanks to pagan traditions, although its magical functions have become less popular by focusing only on its role as a plant that promotes love. Legend has it that if a couple kisses under a branch of mistletoe at Christmas it will be forever together.

Among the ancestral mistletoe uses, the druids used it to cure some diseases and help women become pregnant. Over time, many medicinal properties have been discovered, for example, that it was a universal remedy to relieve pain and combat hypertension, among other uses. 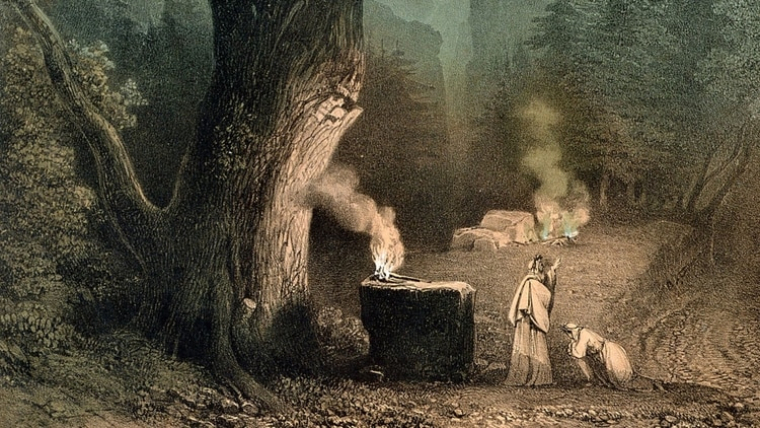 The druids used mistletoe in their potions at the dawn of Celtic culture.

One of the most popular properties of mistletoe is its use in anti-cancer therapies, because by its characteristics (absorbs alkaloids, tannins, starch, quercetin, and terpenoids) helps in complementary treatments to counteract the collateral damage of chemotherapy and radiotherapy.

Used as a general tonic for people who are not ill, in patients facing a chemical or radiological treatment returns the appetite, regulates sleep, tones the metabolism, stimulates the immune system and balances body temperature.

The benefits of mistletoe leaves have been shown to be beneficial for the circulatory system, which is why it is usually applied as a complementary treatment for glaucoma or retinal detachment, which have their origin in ocular hypertension. It has also been shown to be therapeutic in epileptic seizures.

As a powerful hypotensive drug, mistletoe is an ideal herb for people with high blood pressure problems. Since it is most effective when applied intravenously, it is preferable to use it under medical supervision.

It has also been found that the mistletoe plant boosts the immune system. As a pain-relieving herb, it is also used to soothe the pains of sciatica, and to soothe discomfort in the legs and fatigue in the feet.

It can also be applied, after crushing mistletoe berries, to treat pimples and styes. It usually offers benefits in the treatment of the skin. Finally, it is also applied to relieve the symptoms of kidney stones.

Rituals and spells with mistletoe

As a magic plant, mistletoe is present in some rituals that favor the arrival of good luck or the duration of love. They also use their magical powers burning it. Do you want to know how and when? Read on. 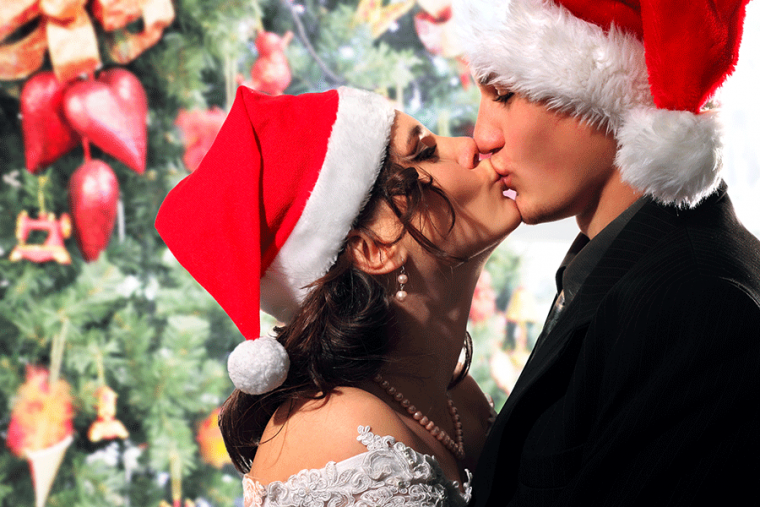 The tradition says that couples kissing under mistletoe on Christmas will be forever together.

How to burn mistletoe

Many people wonder when to burn mistletoe. Be very careful, because if you don't do it properly, the power of mistletoe can turn against you and attract bad luck.

To use mistletoe as an amulet of good luck and good omens, it has to hang from the door lintel of your house during the Christmas holidays, and you have to burn it the night of kings, that is, the twelfth day of Christmas.

You can perform good luck rituals whenever you wish, and mistletoe will assist in those desires. But the most appropriate thing is to ask for the new year during the Christmas holidays, for example in the following ritual.

Mistletoe is a sacred plant, so you have to prepare a worship ritual. You can place a centerpiece on a small altar with some mistletoe leaves and berries. Light a golden candle and a green candle, symbols of wealth and hope. Burn a few leaves as you say the prayer, this will help to ward off bad luck.

Make whatever wishes you want for the new year. Write those wishes on a piece of paper, and when the ashes are cold put them together to these wishes in an envelope with a little honey. Keep the remaining mistletoe leaves in a laundry bag closed with a green thread, and keep it in a closed chest next to the envelope - this will be your lucky year!

As a plant that promotes love, its use in the following ritual guarantees that the person you love will listen to you. On a Sunday before noon, light some mistletoe incense and think of the person whose love you want to attract to you.

You must think of the qualities and attributes of that person. Light a red candle and burn some mistletoe branches while praying a prayer for that person's love. When the incense is completely consumed, put the ashes next to a piece of paper with the person's name in an envelope.

Attention: Do not blow out the candle to extinguish it, or that person will run away from you! If you have done everything right, you will soon receive a pleasant surprise.