Rosemary: Benefits of this Magic Plant

The sacred plant to cleanse our home and body. Find out the benefits of rosemary, the magic plant. 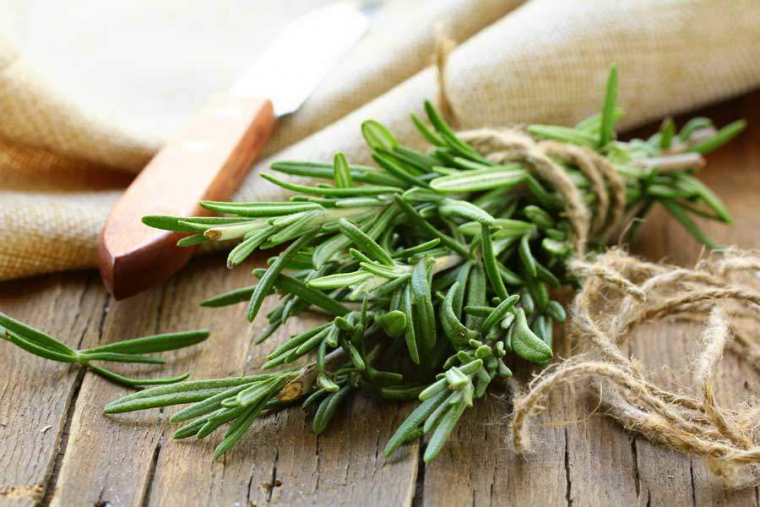 Rosemary has antiseptic properties and is associated with a sacred dimension.

One of the oldest and most versatile magic plants is rosemary, which in incense, essential oil, infusion or in its natural state is used in witchcraft for spells and rituals, and also as a medicinal and healing plant. Discover the benefits of rosemary below.

Rosmarinus officinalis, popularly known as rosemary, is one of the oldest plants used for medicinal and magical purposes. It is a Mediterranean species of aromatic shrub, woody and perennial leaves very easy to grow in pots at home. That is why the rosemary plant is present in many houses and gardens.

It can measure up to two meters high and is recognizable by the linear shape of its leaves, small and very abundant. Among the abundant green stands out the irruption of showy floriferous bouquets of whitish petals and bluish or purple.

Since ancient times, rosemary has been cultivated as a domestic and ornamental plant, because it does not need much care and offers great resistance. It blooms twice a year, in spring and autumn, and does not need soil with very rich substrates nor needs much water. Its smell and appearance make it especially attractive.

Furthermore, this herb has many benefits that make it a very useful rich plant. Above all it is used as a medicinal plant, especially to alleviate pain, for culinary purposes, to give flavor to food, and in rituals and magic spells since ancient times.

Benefits of rosemary as a purification plant

As a medicinal, culinary and magical plant, this is one of the most used plants thanks to its many benefits. Pay attention to the richness of the properties of rosemary that we present below.

In addition to its beauty, rosemary is very attractive for the strong aroma it gives off. It is not uncommon to find it in many homes or cars as a natural air freshener. It is ideal to keep some leaves inside a small bag of clothes to keep the rooms with a fresh smell.

In fact, as we will see below, the aroma is one of the elements that give it magical and medicinal properties, as its smell is used as a remedy to improve memory or as incense for rituals and spells.

Among the many uses given to rosemary, if we had to sum it up in one word we could say that it is a cleaning plant. That is because since long ago its antiseptic properties have been discovered, which prevents infection and favors cleaning in general. That is why it is used for medical purposes, to cleanse the organism and disinfect, and in its magical dimension to clean bad energies.

Rosemary also has stimulating properties, as its extract acts as an activating element. It is also used, for example, to improve memory or stimulate the scalp. It is used as an energizer in many magical rituals.

Uses of rosemary as a magic plant

These are the most common uses of rosemary as a magic plant, pay attention.

The dried or fresh leaves of this plant have been used since ancient times to give a refreshing touch to dishes. From there emanate the powers of this plant that is used in many other fields to refresh, i.e., regenerate, disinfect and clean.

Rosemary is a powerful healing agent used as an antiseptic. For practical purposes, it is often used to disinfect wounds and sores, mitigate the effects of gastroenteritis or infections in the throat, liver, and kidney. It is also very popular as a palliative for conjunctivitis.

As a magic plant, rosemary is primarily used to cleanse a room before performing any spells and rituals, for example, to attract money or ask for love and health. It is also an element ancestrally used to ward off evil spirits and bad energies.

In addition to the purifying benefits of rosemary, to cleanse the home, body, and aura, rosemary has multiple uses in magical practices. One of them is the transmutation of the soul, because, in order to perform spiritual alchemy, internal purification is mandatory. That is why rosemary is usually used in spells.

Another great use of this plant as magical and sacred is the cleansing of the aura, usually using it as incense in an energy treatment process. In cases of exorcisms, for example, its sacred dimension is also useful. 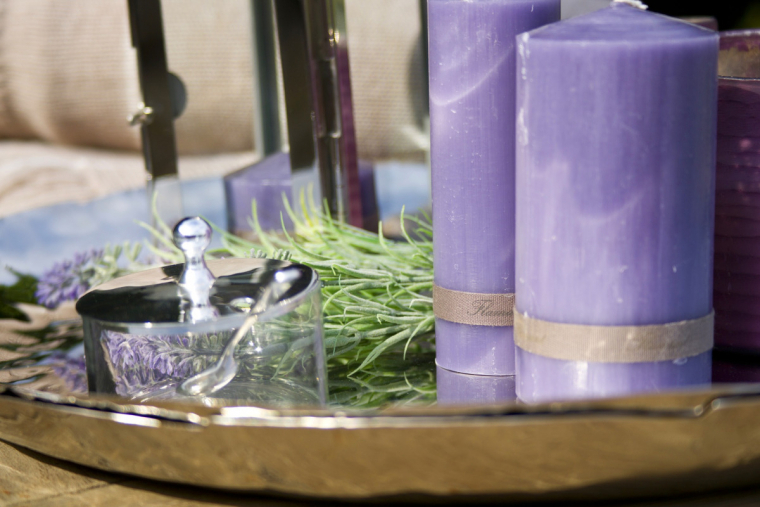 Rosemary is a magic plant used in rituals and spells.

Moreover, this herb has a stimulating effect on which mental powers and bodily and spiritual capacities can be activated.

In this sense, magic usually uses rosemary as a stimulator to enhance the mind in telepathy exercises, telekinesis, hypnosis or even for mediumship (contact with the dead). As a sacred plant it was used by the shaman as access to another reality, and is still used to access the hereafter.

That is why this plant is a common tool for seers and healers, as it is used in all rituals and spells to claim supernatural powers. It is believed that its waves, when burned, allow the connection with divinities.

The aroma of this plant is used as an alternative therapy to improve mood, for example, accompanying a psychological treatment process for depression or anxiety. It is also believed that putting rosemary under the pillow facilitates the conciliation of sleep and removes bad energies avoiding nightmares.

In addition to its use as an antiseptic, rosemary has regenerating properties, which is why it is used to delay the effects of aging (it is a powerful anti-wrinkle) or to reinforce the health of the hair avoiding hair loss. It is a rejuvenating active ingredient.

Hence another belief about rosemary as a plant that offers beauty and attracts love and passion. It is also believed that it can be consumed to raise libido and sex drive.

Beyond the therapeutic uses it may have for the mood, it has been found that rosemary can improve the neurological system and prevent brain aging. That is why it is very effective in promoting memory.

How to benefit from rosemary

For each use of this plant, there is a different preparation. While oils and infusions are usually prepared for medical use, incense and rosemary extract are the most common for use in rituals and magic spells.

To prepare rosemary extract at home use an airtight bottle in which you will put seven branches of rosemary. Cover them with 96º alcohol and let it macerate for two weeks. Then add a few drops of the essence and a few drops of lemon once strained.

It is also often used as a muscle relaxant. In that case, it's a good idea to add rue essence.

Once rested for 24 hours, the rosemary extract is ready. It is recommended to keep it in a glass bottle and to bless it in the name of mother earth. 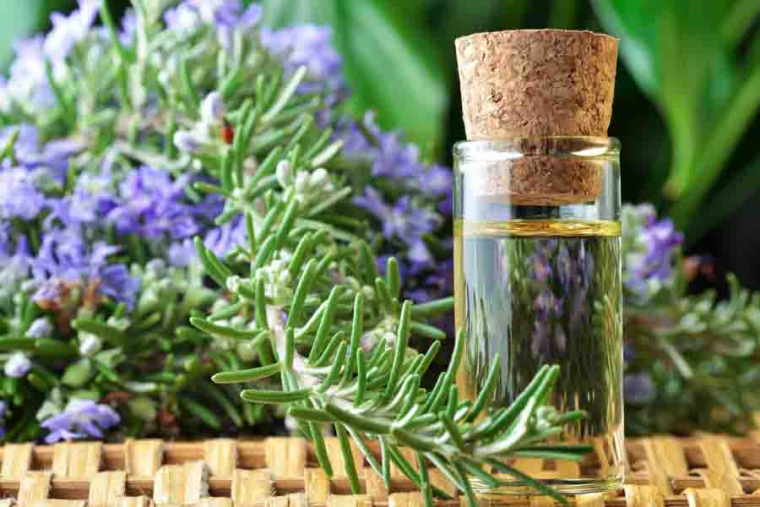 Rosemary oil has many benefits for the body.

Rosemary incense provides purity, peace, happiness, and honesty as basic qualities. We have already seen that it is used for cleaning houses and people, but it is also a powerful agent against the evil eye and evil spirits. Moreover, it attracts fortune and good luck and ensures fertility.

This is one of the oldest incenses used to cleanse the room. Also, by burning the leaves, we can open de doors to the hereafter and contact spirits.

In the market, you can find an extensive offer of products known as rosemary honey, which is nothing more than the honey that bees produce when they liberate this plant's flower. Pay close attention to this product, because it has multiple benefits.

Among other things, rosemary honey is used to relieve cold symptoms and sore throat, as a source of lithium that fights memory loss and senile dementia, to protect the stomach and use its antiseptic and anti-inflammatory properties. Also, it is a no-calorie sweetener, used as a healthy sugar much like stevia.

It is the most common way to use this plant for health uses. To prepare rosemary tea, just boil the rosemary leaves. One to two teaspoons of dried herb in 1 cup of water will be enough. Be very careful because the excess of this plant can have side effects.

When you have your rosemary infusion, after letting it rest for about 8 minutes, you can use it for conjunctivitis, throat infection, to calm anxiety, relieve stomach pain or alleviate the effects of liver disease.

The use of this plant is very old and over time have been used ancient recipes of rosemary water. One of the best known is the recipe of the Queen of Hungary's Water, which is considered a strong revitalizer and fights diseases such as gout.

Another magical remedy is the Four Thieves Vinegar. They say that during a plague epidemic in France four thieves ransacked the houses of the plague without contracting the disease, but before dying on the gallows after being imprisoned they confessed the recipe: rosemary essential oil, thyme, mint, juniper, cinnamon, and lavender.

An Italian Capuchin friar invented the so-called Tranquility Balm, a rosemary-based preparation considered effective for rheumatism. Rosemary is also used in magic such as Saint Giovanni water, a multi-herb preparation that is left outside the house on the eve of June 24, St. John's Day, to enhance its protective effect.