Find about the meaning of voodoo, how to make a clothier voodoo doll, and how to use its spells to control a person at will. 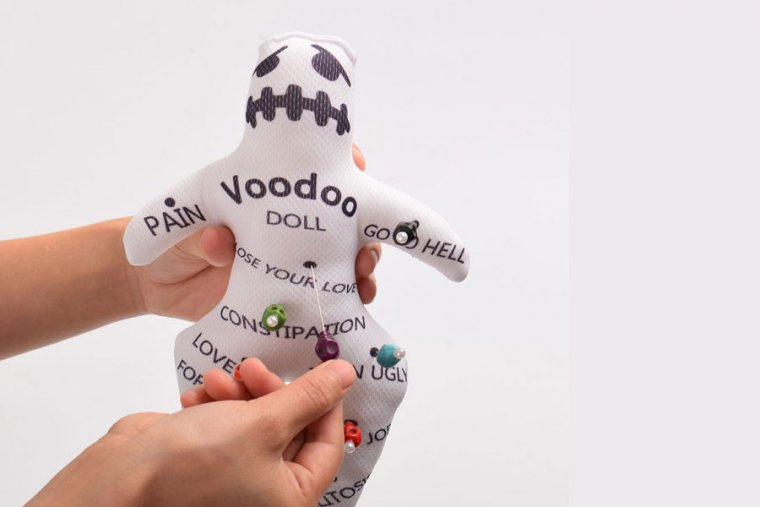 Throughout the history of movies and TV, we've often heard about voodoo dolls being one of black magic's most important elements, a kind of magic that's strongly connected to Haiti. In the following article, we'll tell you all about their origins, how to make your own doll, and how to bring it to life to control a person through voodoo doll spells.

From the very beginning of history, dolls have been used in magic rituals. For instance, they were used in Isis' sanctuaries, and back in the Middle Ages, there were also some well-known peculiar figures called dagide made from wax or clay, which witches used in their spells and rituals. Nowadays, voodoo dolls are the most popular in this sense, although we do have to say that, for instance, Christianity offers wax figures to certain saints in order to get something from them.

What is currently known as voodoo finds its roots in Africa (that's why there are people talking about African voodoo) and it reached the Caribbean around the same time slavery did. It was something beyond black magic. We can state that voodoo is a way of thinking, a cultural code and a religion worshipping its own gods.

In the American continent, Haitian voodoo has a long-standing tradition, and it became deeply rooted in New Orleans, developing its own personality, with slight differences in regards to Haiti. In the same way, voodoo has also influenced other beliefs of our day and age, such as Cuban santeria, hoodoo or Obeah.

Voodoo dolls are used to exert a certain amount of power over a specific person, and everything is done from the distance, as if it were a remote control for an individual's will and actions. Unlike what many might think, these dolls aren't exclusive to black magic or evil witchcraft, which is what we're used to believe from what we see in movies. Voodoo dolls can also be used for good, to do such things as:

-Casting a love spell to make someone fall in love (what's known as a voodoo bind).

-Sending happiness to someone.

It is usually stated, for instance, that around 90% of the use of voodoo dolls in New Orleans is focused on healing, true love or spiritual guidance, not revenge. 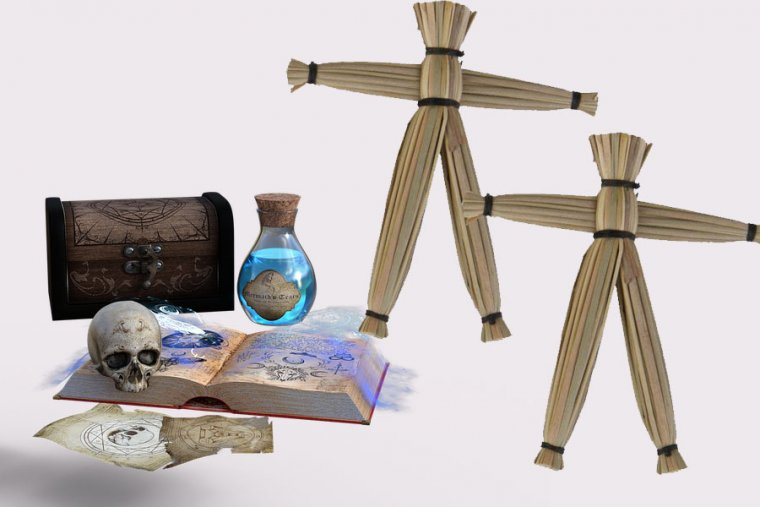 How to make voodoo dolls

Many people wonder how they can make voodoo dolls to control, or for any other goal, really, because it's obvious that they aren't only used in black magic; they can serve much nobler purposes.

Voodoo dolls are made from different natural materials, and if they have any magical power connected to them, that's even better. Thus, we can make voodoo dolls by using a tree branch, hay, sand, feathers, old cloth patches...

As it's been mentioned, voodoo dolls are the embodiment of a person, or rather, their mind, and their specific traits should be noticeable: a bright eye colour, their favourite clothing colour, their hair colour... The eyes can be painted or represented through a pair of buttons.

In order for these dolls to work, whether for good or evil, the figure should have a personal belonging of whoever we're trying to hex: a personal item, a brim of their hair. If there's nothing we can use, we can put a photograph inside, write their full name, or their initials.

Have you made your voodoo doll and, most importantly, included the personal item belonging to your magical target? Then, the next step would be to perform a magic ritual that, so to say, brings the doll to life, that connects it to the person we're trying to hex for better or worse (or whatever you're seeking to do, such as making voodoo dolls to make someone fall in love or to control someone at will).

To do that, you need to have some holy water and christen the doll with the name of the person you want to hex. Then, you'll say: "In life, this is what you shall now be. Everything that is done to this doll will pass on to (name of the person) in real life. Only I shall master your will."

The ritual varies depending on who christens the doll, and if you even happen to think you've got magical inner powers, you can go ahead and let your hair down when giving the doll the essence of your target.

How to use voodoo dolls

In order to hurt someone, we can stab the voodoo doll with needles in certain areas, cut it or burn it so that the victim feels the exact same pain, so that they feel weakened as a consequence of the spell.

However, if you want to perform a voodoo binding spell, write your name on a piece of paper and tie it to the voodoo doll with three pieces of red ribbon, while reciting the following chant: "Ribbons that join and make us hold, just like your heart binds itself to mine". 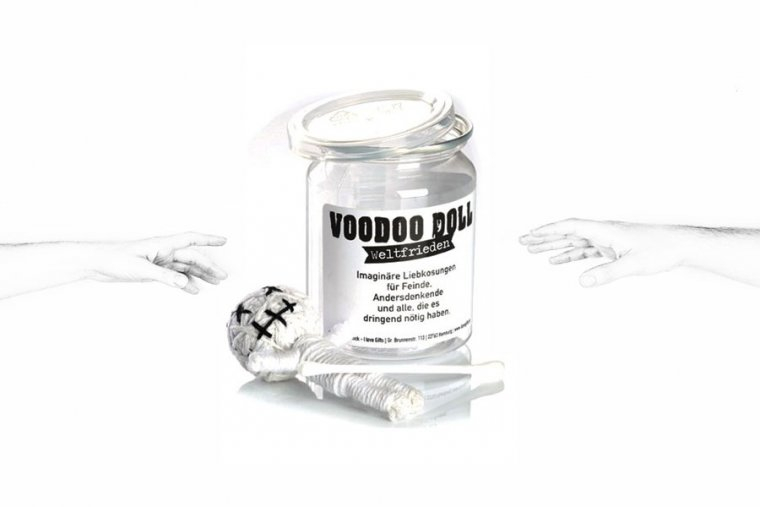 Some facts on voodoo spells

As usually happens with most rituals, it is essential that you firmly believe in voodoo spells in order for them to happen, and that you also believe that you'll manage to influence on someone's actions from far away through the doll, even if you're told it is impossible.

Still, we here at the Magic Horoscope do not encourage the practice of voodoo doll spells to hurt anyone. If someone's bothering you in life, the best thing you can do is ignore them, or sort out whatever issues you've got going on. Life's a much sweeter ride when we face our problems head on, or when we send them into oblivion. Nobody said it was easy, but it's the healthiest attitude you can have.