The 3 Most Seductive Signs of the Zodiac: Scorpio, Leo and Gemini

Discover the strategies of these three horoscopes to win someone over: They will use all their weapons

1
The 3 most seductive signs of the Zodiac
1.1
3. Scorpio: The absolute control of other people's emotions.
1.2
2. Leo: The most perverse seduction game
1.3
1. Gemini: Loquacity, intelligence, and duality. The perfect cocktail. 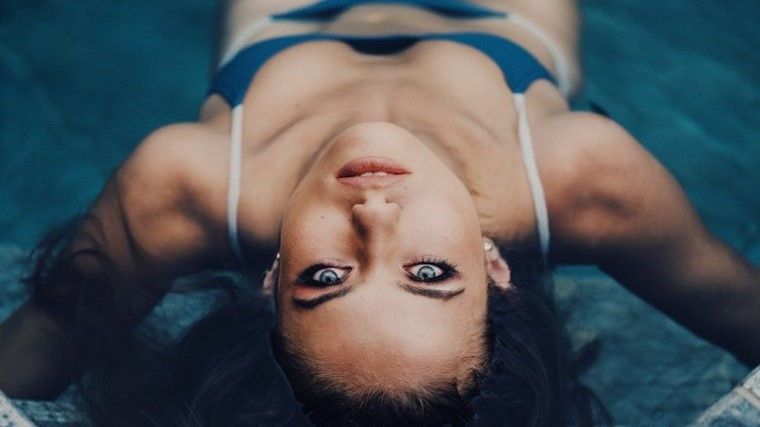 Read about the most seductive signs of the zodiac: Scorpio, Leo, and Gemini. | Magic Horoscope
Those who wonder which are the most seductive signs of the Zodiac, you should have something clear; they won't leave anything to chance when it comes to winning over whoever they want. The strategy they use is the key to their ultimate success.
Because when it comes to raising interest, desire, and love of another person, what makes the difference between one and the other can have a lot to do with transcending certain moral limits. We tell you who we're talking about.

The 3 most seductive signs of the Zodiac

Find out about the strategies that each of these three horoscopes uses to win over whoever they want.

3. Scorpio: The absolute control of other people's emotions.

Talking about seduction means talking about passion, intensity, and eroticism... and all this perfectly represents the personality of Scorpio, so we present it as one of the three most seductive signs of the Zodiac.

The innate ease of this horoscope from the water element when it comes to influencing other people's emotions is not something that only people who know them realize; they also realize that they have that gift and they usually use it for their own benefit.

They use a body language that doesn't really leave any doubts about their true intentions, and they resort to suggestive messages with which they guide the situation to the point they want. In other words, "they drag their victims to the point of no return", where the one who they are interested in only has them in mind, a moment when Scorpio takes advantage to finish tricking who they have been able to drag strategically.

But, be careful! Scorpio's main game is based on manipulating the emotions of that person that they have an interest in. Sometimes they will give everything, and in other situations, they will create such a drama that they will make their victims think that the interest they have in them could disappear, and then cause the expected reconciliation, intensifying their interest.

This tricky game that would make a lot of people feel shocked is key to captivate people who really find some interest in Scorpio, reason enough to give them the third place among the most seductive signs of the Zodiac.

Leo is the second most seductive sign of the zodiac. | Magic Horoscope

2. Leo: The most perverse seduction game

The second place would be for the legendary lion of the horoscope, an authentic Casanova and one of the three most seductive signs of the Zodiac. They have a natural talent to captivate anyone, using their own method.

When Leo wants to win somebody over what really motivates them is that they end up flattering them, so, first they focus on catching their attention and taking the opportunity to touch their fiber, praising what they sense that they are most proud of themselves.

Once the hook of interest of that person has been achieved, they will establish the dynamics of the compliments for the person of their interest while talking about themselves. Without realizing it, that person will begin to understand that if they want to continue being treated as someone special and admired, they have to correspond with their compliments to Leo.

Little by little, when Leo notices that they have achieved the admiration of that person, they stop dedicating their exclusive attention to them, simply, to enjoy the compliments of those who like them at this point, which is what they really intended from the beginning. Taking some notice of the victim will be enough to keep the interest alive throughout time. This is the reason why they are considered one of the three most seductive signs of the Zodiac.

Gemini plays with its duality when it comes to seduction. | Magic Horoscope

And the one who could be considered, because of their very refined and subtle ability, the number one of the most seductive signs of the Zodiac is Gemini, whose social skills combined with their prodigious intelligence, as well as the game of their double face, allows them to captivate anyone they want. Whoever it is.

They use their discussion to perpetuate the listening of those who can't resist continuing listening to a story full of praises towards themselves. Their acute mind is put at the disposal of the most complex situation that can be presented to them, and they don't stop until they have devised the perfect way to get to win over whoever he wishes.

And when we say that their duality also plays, it is because sometimes they will seem lovely and will captivate their victim with their charm, and in other occasions, they will be someone who doesn't seem to care about anything, so they will end up waking the motivation of that person so that it's that person who starts making them feel interested in them.

In any case, alternating both ways of proceeding, they achieve that the person that they wanted to captivate falls head over heels for them. A combo of features that make them the number one among the most seductive signs of the Zodiac.