Here's some of the most peculiar traits of this controversial constellation 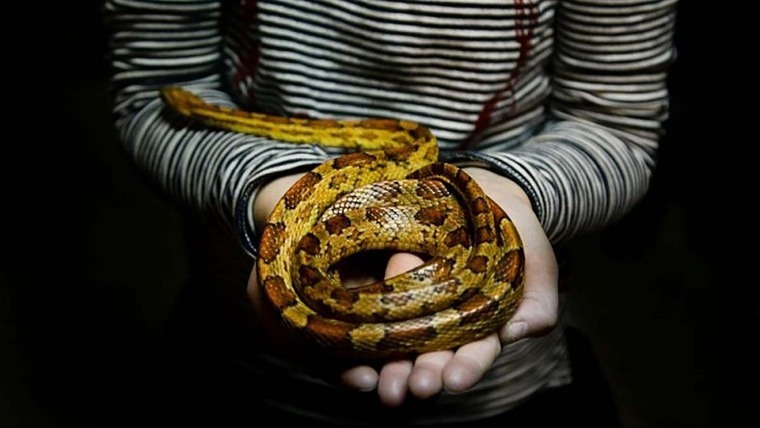 Ophiuchus is the 13th zodiac sign based on Western astrology. |

Have you ever heard about Ophiuchus' constellation? Although the first sightings of some of its most emblematic stars take us back to the early 17th century, it wasn't until 1930 when it was assigned as sign number 13.

Still, Ophiuchus isn't as broadly and generally known as the rest of the signs in the zodiac wheel, but there's an increasing number of voices which insist that it would be quite a rigorous add-up to prediction accuracy if it were to be included among the already well-known zodiac signs.

While the sides defending the existence of 12 or 13 signs can't reach an agreement, we can actually tell you more about Ophiuchus.

Here are some of the most peculiar traits of this controversial constellation.

1. The legend of Ophiuchus, the snake hunter

Mythology sets Ophiuchus in the context of its legendary stories, and it would refer Asclepius, the doctor who brought the dead back to life.

The son of god Apollo and a mortal woman called Coronis, Asclepius was raised by centaur Chiron, the wise centaur that embodies Sagittarius. From him, Asclepius would come to learn everything he knew about medicine, but as an advanced student, he would soon surpass his mentor, thus becoming a famous doctor to whom even the ability to bring the dead back to life was attributed.

Since Asclepius' healing skills started to block the work of Hades, the god of the underworld, he asked Zeus to end this problem, because since nobody died, the natural laws of the world could be altered, and bring some very dire consequences.

Thus, lightning sent by Zeus ended the life of the famed doctor, but after acknowledging the great prowesses he'd carried out during his life, he gave him a place in the skies to be remembered forever.

This is the story behind the constellation of Ophiuchus, also called 'the Doctor' in the memory of Asclepius, or 'the serpent-bearer,' to represent the rebirth of life. It isn't casual that it lies right beside Sagittarius because it represents Chiron, the centaur who taught him.

2. The most recently discovered constellation

Although its presence had already been detected and named centuries ago, Ophiuchus wasn't placed in the zodiac wheel until 1930, although it had to wait until 2011 to have its presence more broadly recognized, and to have people request his acknowledgement as the 13th zodiac sign.

Those who inhabited our world in 1604 could see under the bright light of day the extinction of one of the main stars in Ophiuchus' constellation. That's why the traces left behind after this star exploded are still looming around the place it had before it disappeared.

Its discovery came from the observations of German astrologist Kepler because he watched it for three weeks as if it were a star brighter than usual, located on Ophiuchus' foot when that intense gleam was actually due to its explosion, which is the reason behind its disappearance.

4. Neither Scorpio nor Sagittarius

Were you born between November 30 and December 17? If that's the case, Ophiuchus is your sign. Neither Scorpio nor Sagittarius; even if you believed you were born under the archer's sign, it would start later on. Regarding Scorpio, Ophiuchus would actually be located between that and Sagittarius.

5. It would move around all the other signs

Even though native Ophiuchans were the main 'victims' for finding so suddenly and recently that they were born under such a mysterious sign, the truth is that actually, the embracing of this new constellation would make all start and end dates for each sign move around.

Thus, with the inclusion of Ophiuchus among the remaining 12 zodiac signs, this would be the order:

Still, this isn't the case, and today Ophiuchus is something unknown for most people. Perhaps this is because there's only a small group that includes it as part of the 13-sign zodiac wheel.

It seems that the reason behind this is a bunch of ideas, with the gathering of the rejection of number 13, motivated by the inclusion of Ophiuchus, and the refusal to accept that the traditional model is mistaken, and there would be many people who wouldn't accept it.

If this were to be done, there would be a replacement of perfect number 12, which would match the 12 zodiac signs, the 12 months of the year, the 12 apostles, etc.

For those wondering what sort of traits describe people born under Ophiuchus, there should be a discussion about its nature, through which it would share an element with the sign following it: fire, just like Sagittarius, Aries, and Leo. It would also be a mutable sign with a positive nature.

Related: Fire Signs: Find Out About Aries, Leo and Sagittarius

8. Three signs into one

Not all people born within the Ophiuchus sign respond to the same set of features, because there are small variations that differentiate one person from another. Thus, we could say there are three different personalities into one:

From November 30 to December 2 we see the dreamers, idealistic and curious individuals with little ability to settle at a certain time and build a home and a family.

From December 3 to 12 we find Ophiuchus' most commercial, negotiating and charming side, which gives it a sense of great personal achievement upon counting on an innate talent at persuading people. People born in this period love mystery, travelling, and the magic of emotions.

From December 13 to 17 there's the most uncompromising version of Ophiuchus, it's the most calculating side, but with enough trust put into it to reach its ultimate goals.

Related: What Mythological Creature Are You According to Your Zodiac Sign