The Best Tattoos for Men according to Their Zodiac Sign 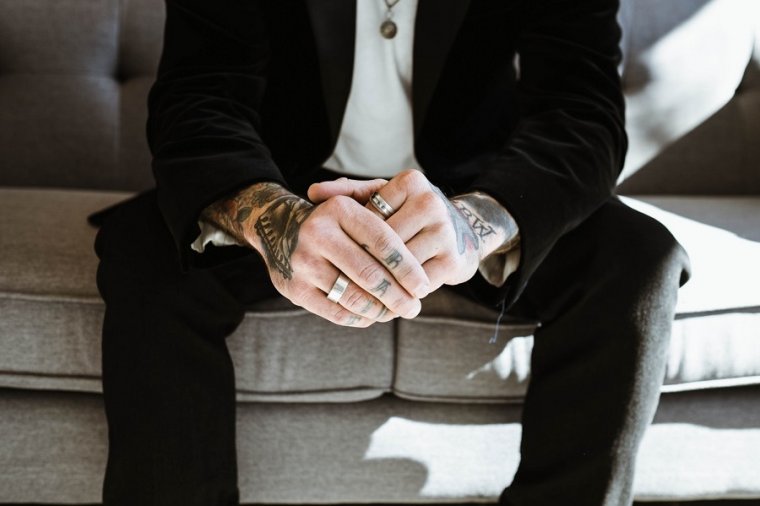 This article will expose the best tattoos for men according to their zodiac sign.

Therefore, are you a man who is thinking about getting a tattoo? If so, you will like to know that, according to your zodiac sign, you will feel more inclined towardsa certain type of tattoos.

For this reason, Magic Horoscope will show you the best tattoos for men according to each zodiac sign, so it will be easier for you to choose.

The Best Tattoos for Men according to Their Zodiac Sign

Getting a tattoo is not something you should decide recklessly, since you will have it for life. Therefore, your zodiac sign is important, because depending on your characteristics, you will feel more inclined towards certain tattoo designs.

Next, we will show you the best tattoos for men based on the preferences and characteristics of your zodiac sign.

The best tattoos for Aries men are the ones made impulsively. This means that almost any pattern will do as a tattoo, as long as it depicts some of their passions and shows their desire for freedom and leadership.

An Aries man will consider the reason he got the tattoo or the place where he did it to be more important than its design. Therefore, there is no such thing as the best tattoo for Aries men, since there is a whole range of possibilities that can go from animals to patterns related to forces of nature or leader figures.

Also, those tattoos which evoke the origins of something can be a great option, since Aries is the first sign of the zodiac wheel.

For Taurus men, the best tattoos according to their zodiac sign are undoubtedly the oversized ones, so their taste for greatness and power can be exposed. Moreover, as hopeless romantics, love will acquire a key role in their tattoos to the point that they could even match their tattoos with someone important for them.

The mixture of hedonism and enjoyment so characteristic of their personality makes the best tattoos for Taurus men be those that give them a greater visual pleasure, which is why they will probably be coloured tattoos with a meaningful significance.

Moreover, those tattoos that are closely related to arts and music can also become great choices for Taurus men, because they match their tastes and thoughts.

Gemini men are dual, free and passionate as few. So, when it comes to choosing the best tattoo, a Gemini man will think about it thoroughly, since they tend to get bored quickly of anything, and that is why they will never take such a decision recklessly.

Moreover, it must be taken into account that Gemini men are an air sign, which has a great influence on their choice of tattoos.

Birds, feathers, clouds and any abstract symbol that can be related to this volatile sign may become a suitable tattoo for the men born under this zodiac sign, as well as the patterns which evoke the concept of duality or have a more spiritual character.

If you wonder which the best tattoos for Cancer men are, you should know that these tattoos will reveal their personality, and they will be closely related to something or someone very important to them.

Since they are sensitive and shy people, the men born under the Cancer sign will feel more inclined towards small and discreet tattoos, but with a meaningful significance. A symbol that only them and those closest to them understand would be one of the best tattoos for a Cancer, as well as any other pattern that is apparently simple but actually has a deep meaning, since, after all, this is the character of Cancer men.

Their sign element, water, should not be forgotten, as any sea animal or motif that is related to the mysteries of the ocean would become one of the best tattoos for Cancer men.

The best tattoos for Leo men should present great creativity and fineness. Of course, their design will stand out above any other, and they should evoke the concepts of power and greatness that characterise the men born under this zodiac sign.

As the Sun is their ruling planet, it will become a recurring motif for a tattoo, either as a main element or simply as a complementary one. After all, a Leo man will always choose big and clearly visible tattoos, which is why different patterns can be combined in the same tattoo.

The most ferocious and dominant animals, the most complex mandalas, or any tattoo related to fire and its power, in any case, the important thing about tattoos for Leo men is that they show their owner as a true leader.

The charm and intelligence of this zodiac sign combined with his connection to Mother Nature make the tattoos of Virgo men be very cute and discreet at the same time.

It is due to the fact that Virgo men do not feel the need to stand out above the rest. Therefore, the tattoo is something they must like, and they do not care if it goes unnoticed for the rest of the world.

Their inner wealth is the reason the best tattoos for Virgo men are spiritual elements or those related to the world of dreams, as well as mountains, trees or plants… They have a deeper meaning than those chosen by other zodiac signs.

The tattoos for Libra men will basically depict the most perfect balance. They will be artistic works carried out thoroughly, and even the smallest detail would have been previously studied.

Usually, Libra men think that the best tattoos for their zodiac sign should be understood as a whole that is divided into small parts, due to their ability to analyse and integrate different points of view.

Apart from the well-known scales that symbolise their zodiac sign, any message represented with an appealing handwriting, or some spiritual element or one that evokes the beauty of the sky, will become a favourite choice for the likings of Libra men. Also, the mandalas and dreamcatchers, due to their attention to details and their visual harmony, could represent the best tattoos for Libra men.

Scorpio is a changing sign; there is more to him than meets the eye. For this reason, Scorpio men think that the best tattoos for their zodiac sign should surprise the others.

Although this is a water sign, they actually prefer land animals, such as scorpions, or winged ones that have a fierce appearance, such as bats. Even though they will not refuse an aquatic pattern, they would rather get a tattoo that expresses the idea of power.

Since they have a great sexual drive, another appealing tattoo for Scorpio men could be one with a pattern that relates to the concept, but without being too specific. In short, they like to confuse and create false pretences.

It is quite difficult to choose the best tattoos for Sagittarius men, because they do not usually commit in the long run. So, the idea of getting a permanent tattoo is something a bit frightening.

Still, when they go through one of those reckless moments, they may let their great imagination run wild and allow the idea of getting a tattoo seduce them. Since Sagittarius men are known to be great travellers, they may choose a pattern that reminds them of a place or destination that has marked a turning point in their lives.

Sagittarius men could also have tattoos that evoke some mythological figure or legend, as well as patterns that are related to fire or the immensity of the Universe, due to the great interest that centaurs show in astrology and divination.

Capricorn is the personification of the perfect zodiac sign. Therefore, if you wonder which the best tattoos for Capricorn men are, it is important to know that they cannot give rise to errors or misinterpretations. They really have to be the best.

Although their reserved character makes Capricorn men get away from flashiness, the truth is that their tattoos may be quite complex. In short, they have to make a difference and evoke their self-confidence.

Therefore, the best tattoos for Capricorn men can be described as “less is more”. This means that they would prefer a simple but effective sentence, an important date for them, or even a visually harmonious and attractive mandala or figure. Music and art can also become the central part of a perfect tattoo for Capricorns.

The best tattoos for Aquarius men can be defined by a simple style label: hipster. But the men born under this zodiac sign were already alternative before it became fashionable. As they are people ahead of their time, it should not be surprising to see Aquarius men with soundwave tattoos or those that glow in the dark, which are the latest trend in the world of ink.

Their dreamy character and their constant desire for freedom make the dreamlike elements and the winged creatures become the best tattoos for Aquarius men, as well as those which evoke mystery or denote a great imagination.

Finally, as they are passionate about everything psychic, their tattoos could represent some mental game or something that makes you think about the complex world of the psyche.

Since this is the zodiac sign of arts and the depth of the seas, you do not need to think much about this to figure out which are the best tattoos for Pisces men, even though you do not have this sign’s great intuition.

However, you should not forget that his place at the end of the zodiac wheel, which provides him with all the karma of the rest of the signs, makes Pisces one of the most spiritual and mysterious signs of the whole zodiac.

Therefore, the best tattoos for Pisces men will show a great variety of shapes and artistic expressions, the more detailed the better; different mythological elements and creatures belonging to the ocean and its mysteries; or any other element related to his connection to the Universe that is hard to decipher.