Vedic astrology gives the keys to cleaning your karma effectively according to your Hindu horoscope. 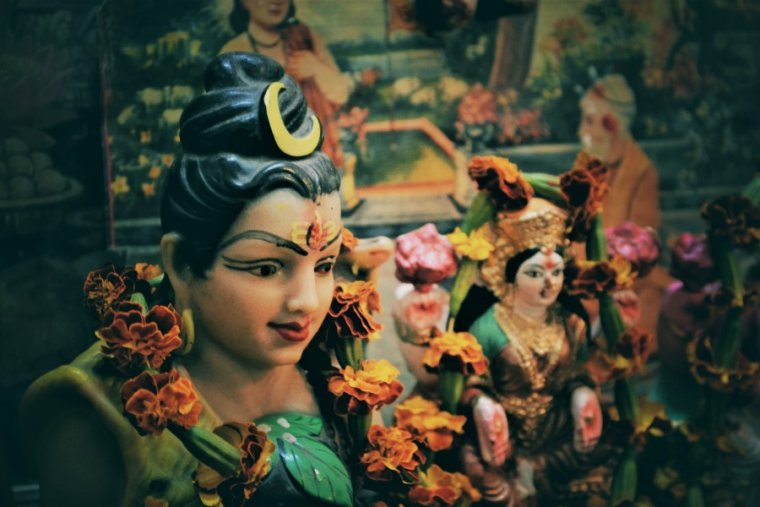 Many Indian practices are very common in Western society today. It isn't uncommon to hear that someone takes yoga classes or that they are interested in Buddhism. We are familiar with the concept of Karma and we use the syllable "Ohm" in meditation.

But as surprising as it may seem, we know very little about Hindu astrology, that is an important tradition in India. In this article, we will bring you closer to Vedic Astrology or Jyotish, and we will reveal your Hindu horoscope to you.

What is the Hindu Horoscope or Jyotish?

If you find yourself asking what the Hindu Horoscope is, it has to do with a complete divination system that is put into practice in the daily life of Hindus in many different areas; to predict events, determine compatibility, and even to decide children's names.

Origin and characteristics of the Hindu Horoscope

Vedic or Hindu astrology, also known as Jyotish ("the science of light"), forms a part of the Vedas, the sacred books of the Hindu religion, that are dated back to the year 1500 AC. The base of Jyotish is the notion that a connection between microcosms and macrocosms exists. In this case, between humans and the universe.

Like in our Western horoscope, it uses zodiac signs and the position of the planets to make its predictions. Its signs (raashis) correspond with the 12 that we are already familiar with, but it focuses on indicating psychological aspects.

The Hindu Horoscope, unlike the Western one, introduces the concept of "karma". Indicates the correct path, according to the tendencies of each sign, showing its strengths and weaknesses, according to the position of the signs and the planets at that moment.

Related: The Best Yoga Poses for You According to your Zodiac Sign 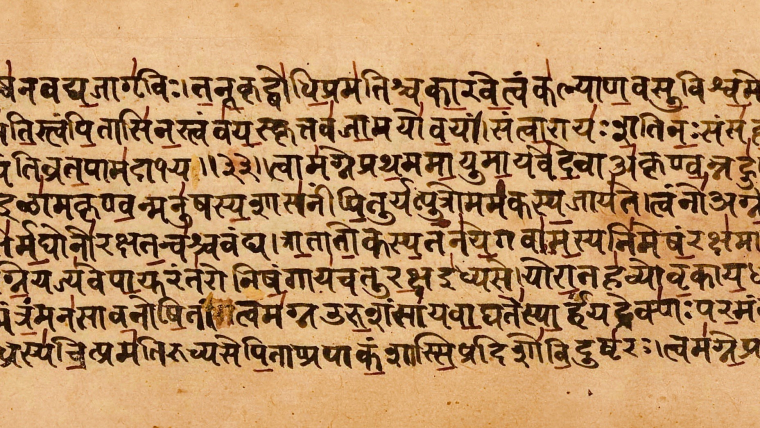 The origins of Vedic astrology date back to the Vedas, and the original Hindu horoscope was a part of these ancient texts.

According to the Hindu Horoscope, this sign is highly explosive, very fiery. Impetuous as if it were a fire sign. Very spontaneous, with the ability to easily make friends in different social environments.

They aren't very patient and have a hard time waiting for things to happen. They could be guilty of being imprudent.

As a goal, they've come into this world to create big businesses. At first, it will be hard for them to focus their energy, but once they choose a goal to live for, they will put all of their energy into this.

If you're an Aries, based on jyotish your sign is Mesha Angaraka.

This sign indicates a highly practical and patient personality. These are loving people that dedicate themselves to their loved ones and that are always willing to help. They are very romantic.

Their only downside is that they can be very stubborn. Also, because they are very calm, they can get boring.

This sign will focus its energy on accumulating goods and leading a good life. The most simple things are the most efficient.

What they have to learn is to be more tolerant in this life.

Vrishaska Surkra or Vrishabha is the Vedic astrology sign equivalent to Taurus in the Western zodiac.

They are intelligent and very curious. They love to explore without any judgments everything that life has to offer them. Due to their wild imagination, they are very fun and friendly to be around.

The less happy side of this Hindu Horoscope sign is that their mood and emotions can change quite quickly. Their intense need to constantly ask questions can be irritating.

They feel attracted to intellectual businesses. They get great results when it comes to everything related to their intelligence.

In order to overcome their karma, they need to learn to value the opportunities that life offers them.

The intelligent Mithuna Budha is the Vedic astrology sign that represents Gemini.

People born under this sign are characterized by their extreme sensitivity and their ability to be affectionate. They tend to be soft-mannered and equally friendly to everyone.

On the other hand, they tend to be defensive and easily offended. Making emotional ties with people so quickly can also bring them some problems.

Working with others is their strong point.

In this life, they need to take care of their emotions and to avoid resentment.

Natives of this sign are strong both physically and mentally. These people always want to win and they tend to be able to do so! Their ambition is powerful and they won't let an opportunity pass them by to show their superiority.

Unfortunately, they can be a bit arrogant, but their generosity always ends up making up for this.

They will feel attracted to businesses that come with a risk and these could be related to the body or creativity.

Over the course of their lifetime, they need to learn to fight pride and to delegate.

Natives of Leo are represented by Simaha Ravi in the jyotish horoscope.

Organized, discipline is natural for them and they tend to stick to their word. Natives of this Hindu Horoscope sign are highly esteemed in society because they are always willing to lend a helping hand.

Jealousy plays against them and sometimes it's hard for them to relax and slow down the pace.

In this life, they have the mission to carry out jobs that will take them far but only after much consistency and implication.

Their karmic test is to learn to become calmer and more patient.

If you were born between 23 August and 23 September, then Kanta Budha is your Vedic astrology sign. 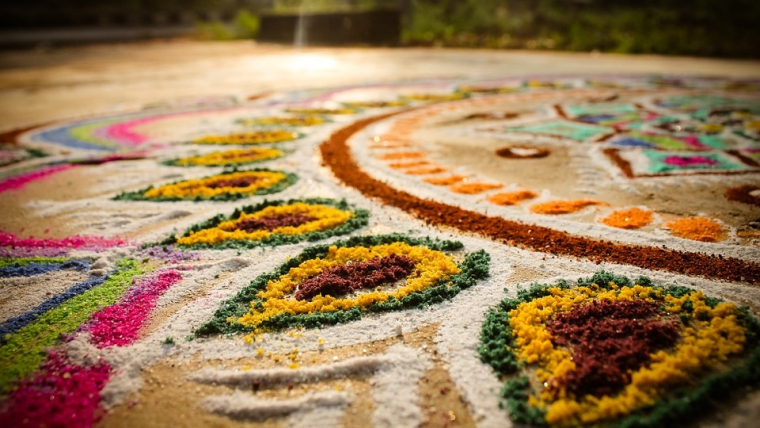 Kanta Budha or Kanya is the Vedic astrology sign that represents Virgo in the Western zodiac.

They feel complete when they have a partner to love. In their social relationships, they are very attentive and caring. They love to enjoy the beauty of life.

On the other hand, they are very flirty and they can become lazy very easily.

Their goals in life have to do with bringing harmony to their environment and making life more beautiful.

Their constant test to overcome in life is to give all of the love that they can.

If you're a Libra, then this is your Hindu horoscope sign.

They have an intense flow of energy which leads them to want to dominate situations. They always seem a bit mysterious and magnetic. They are also very emotional.

They aren't known to be the friendliest members of the Hindu Horoscope and yes, they are quite individualistic.

Because of these characteristics, their destiny tends to be related to delving deeper into the mysteries of life and death.

The karmic work that they need to work towards in life is to learn to forgive and forget about the past.

Vrischica Angaraka is the equivalent of Scorpio based on Vedic astrology.

This is the sign of the adventurers. They are anxious to find out the truth and this is where their interest in philosophy comes from.

What's the bad part? There is a very wild side of them that's difficult to tame. They love risk and don't have to think twice about putting themselves in dangerous situations for no reason at all. They can also be a bit opinionated.

They have big dreams that they'll work towards no matter what it takes. They realize that reality is just a mental state...

Their karmic work is to avoid rigidity and to learn to negotiate.

Sagittarians in the Western zodiac are represented by this sign according to the hindu horoscope.

They never give up and they fight for what they think is right. They are highly passionate and romantic but just with their partner.

This is what makes them seem cold to others. They also aren't very talkative.

They are attracted to difficult jobs. They are some of the best workers of the entire zodiac and they'll reach the top, no matter what it takes.

In this life, they need to learn to find a balance between work and home life.

If you are a Capricorn, then Makara Sani is your Vedic astrology sign.

Related: The 14 Types of Horoscope That Exist

These people are especially sensitive. They tend to see the world like a laboratory in which their ideas are put to the test, as well as their particular vision.

They aren't particularly affectionate or romantic...

Those born under this sign of the Hindu Horoscope are attracted to jobs where they are required to think a lot. They also like to get involved in social causes.

To overcome their bad karma, they need to work on moving away from arrogance and stubbornness.

Kumbha Kethu is the same as Aquarius based on the Western horoscope.

Extremely creative and hard to make angry. Very independent beings and at the same time, they love to be surrounded by people.

The problem with natives of this sign is that they tend to fall into constant indecision.

They are artists by nature and they will be inclined to do work that makes their deep inner world more visible.

Their karmic work focuses on living in the here and now. They need to come back down to Earth every once in a while... They live in their own world.

In the Western zodiac, Pisces is the equivalent to this Vedic astrology sign.

Interesting facts about the Hindu Horoscope: