International Women's Day: 12 Historical Women Based On Your Sign 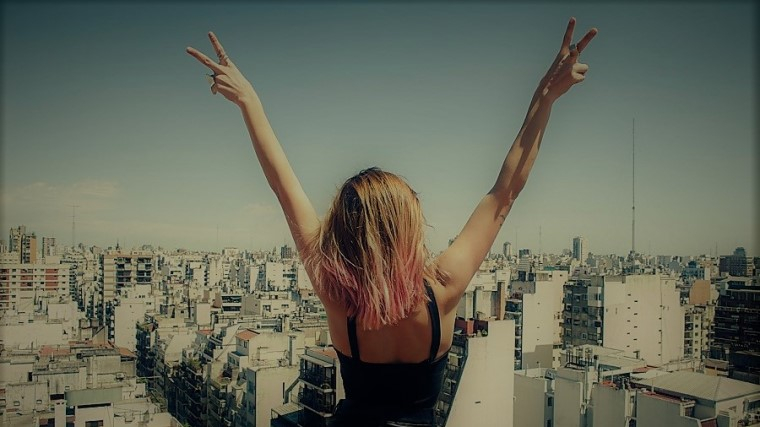 Important women in history marked the designs of their time, using their own lives as an example. The qualities the zodiac treasured in each sign are the virtues that complete the beautiful tableau of the feminine universe. On this International Women's Day you can be inspired by the eternal heroines of past times to vindicate your condition and your history.

The heroic cry of the 146 women who were burned to death in the fire caused by the bombs at the New York textile factory, where they locked themselves to defend their dignity, comes back echoing in every corner of this new March 8. A century later, the streets are filled with pride, vindication, and freedom.

We need to prove we are the stronger sex. For those who fought, for those who fell by the wayside, for those who suffered humiliation and intolerance, for those that are still here and the ones that are to come. On International women’s day, mothers, workers, and thinkers around the world reclaim the right to equality.

Magic Horoscope congratulates all the women in the world with all our heart, and as a very intimate and special gift want to show you the reflection of women in each sign, all of them examples of the best qualities of the zodiac.

12 important women in history: Which one are you according to your zodiac sign?

Your spirit blazes through difficulties like the sword of this French peasant leading her army against the British. Accused of many “heresies”, you fight to the death for what you believe in and you stand against injustice. This March 8, more than ever, you, the Aries woman, will embody the essence of Joan of Arc, "The Maid of Orléans".

The warrior of the Zodiac, original, and a fun dreamer, your fame as an Aries woman expands just like Joan’s resistance against the flames of the stake. A victim that becomes executioner when your strong and tenacious powers envelop all those who want to crush you.

Much like Joan of Arc, and all other Aries women, you represent the pride of womanhood which, once again, stands tall this Women's Day against tyranny and unite for a better future for women.

Your tenacious and determined character make you ideal for vocational occupations, dear Taurus, and your creative genius is overflowing in your typical style. This is why the Taurus woman can easily see herself reflected in the magical world created by the one who conquered the hearts of a legion of fans: J. K. Rowling.

Who else could so skilfully design the fascinating universe of Hogwarts, but you, guided by the sensitive touch of your emotions and the power of your intelligence? Your mind races with sophisticated ideas, and in your day to day life you are able to pick up even the subtlest vibes.

Happy women's day, Taurus! May the source of your inspiration never dry out, and may you always fill the world with your magic. 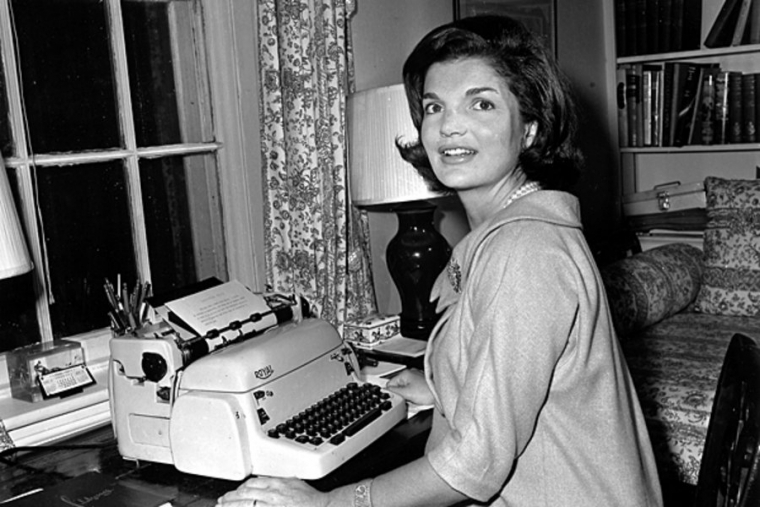 “I want to dress as if John were the president of France”, this magnificent free spirit once said, after winning over the hearts of everyone in the White House with her sophisticated character. Much like Jackie was seen as a symbol of change in her country, you too Gemini woman, can revolutionize the world around you.

Fearless, bold, elegant, strong-willed, dynamic, and optimistic, but mysterious at the same time, sombre, fragile, perhaps a little introverted, your soul is otherworldly – you belong to a fantasy world that can only make reality spiteful with its wonderous experiences.

You can see yourself reflected in the image of a strong, ground-breaking woman, Gemini, who used her fame and fortune as vehicles to her liberation. Keep mesmerising the world, and don’t let routine or mediocrity dampen your flame.

The victory of sensitivity over the heavy anchors of dogmatic ideologies, and at the same time an insurmountable compromise between ideas and life, is the red thread that connects Frida Kahlo with the Cancer woman. A thread so delicate and indestructible like the one in “The Two Fridas”: one holds the heart and the other holds the bleeding artery.

This is how you see life, Cancer, and also how you live it: passionately, radically, from the depths of your free spirit. Pure creative energy, pure love, and pure suffering. Your inner genius resides in the cradle of sensitivity that has no eyes for rules, but experiences love with a painful intensity.

It’s not easy being a Cancer woman, much like it couldn’t have been easy to be Frida Kahlo. The world needs you, just like it needed Frida to paint the colors of a better existence.

She shined so bright that she dazzled everyone, she was so genuine that she was one of a kind, so brilliant that her figure left a mark on others and captivated people wherever she went. So, like the unforgettable presence of the elegant, modern, and independent Marilyn Monroe you, Leo woman, fill the world with light and you always climb to the top successfully.

You’re constantly testing your limits, no matter what the consequences might be, you have the determination that Norma Jeane had to become Marilyn Monroe, and you truly live your life to the fullest, conscious of the fact that you just have one chance to win, to find the right path, and blaze it for others.

As a Leo woman, you’ve inherited her smile, today more than ever, this March 8, you light up the star that Marilyn became when she left this Earth and her winning character will never die because it forever dwells within you.

A French icon that revolutionized feminine fashion freeing women’s bodies from the rigid designs of the Belle Epoque period, and thanks to her consistency and perfectionism turning her trade into a vocation, this put her on the list of the top 100 most influential people of the 20th century.

But what makes her special, and this is why she looks at you, Virgo woman, from the other side of the mirror, is the fact that she was born into a poor family and with her true Virgo soul she learned to sew with hard work and effort. Later, she made the world fall to its knees with her noble spirit.

Happy women’s day, Virgo! And congratulations for having what it took Gabrielle to transform into Coco Chanel: the competitiveness and personality to make transcendental decisions. 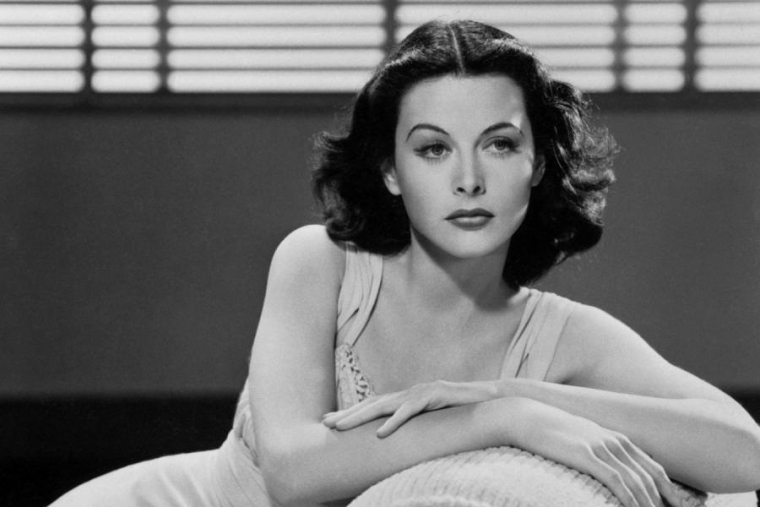 With your equilibrium, Libra, this irresistible actress that is behind the invention of WIFI represents you - International Women’s Day | Magic Horoscope

Only a figure as unique as Hedy Lamarr could represent Libra’s scales with her sophistication, beauty, and exceptional intelligence. A creative visionary, and a go-getter. Free, sensitive, and captivating. The cosmos turn your Libra spirit into a life-sized reproduction of Hedy Lamarr.

So, just like that, according to the cosmos, you’re like the hypnotizingly beautiful actress that won hearts on the big screen while she invented the communication system that has served as the base for Wifi and Bluetooth. Besides, you’re blessed with a harmonious combination of intelligence and sensuality.

Beauty and brains, Libra, celebrate this day thinking of this fascinating woman that’s winking back at you from the other side of the mirror: the first actress to do a nude scene in the history of filmmaking.

Scorpio: Cleopatra, the queen of queens

You’re bound to break down in tears every time that you watch the breathtaking tragic power of this great empress of Egypt in the pages of Terenci Moix’s novel that narrates Cleopatra and Marc Anthony’s love story. From the enigmatic Egyptian afterlife, Cleopatra’s gaze penetrates, exercising her power over your sign.

Her figure attracts with this magnetism that accumulates in Scorpio’s zodiac sign and creates an invisible yet solid connection between you and a woman that rules and seduces in a world of mystery, gods and magic, something that’s incomprehensible and marvelous. Her figure remains frozen in time with as many lagoons as Scorpio’s complex constellation.

This March 8, who could possibly be better than a Scorpio woman to retake this powerful woman’s position, to win over the people and their hearts.

Some jailed souls die. Just like yours, Sagittarius woman, and like Amelia Earhart’s, the aviatrix that broke all the marks in the sky and completed the first flight around the world on the equatorial line. Because following her wake, no dream resists you, and you make optimism the strength of your achievements.

“Please know that I am aware of the hazards. I want to do it because I want to do it. Women must try to do things as men have tried. When they fail, their failure must be a challenge to others”, this is what she wrote in her last letter to her husband before her flight was lost in the ocean forever. But her example continues to live in the spirit of all Sagittarius women who fill the world with virtue.

Therefore, for everything to progress and improve, your action, your determination, and your drive will always be necessary. Happy Women's Day, Sagittarius, from deep gratitude.

Each one of your actions has a meaning and guides your existence by the firm path of pragmatism. That is why you get, through the slow and tortuous path of constancy, to where others cannot: your ambition is the secret of your power. And the world surrenders at your feet, as it does at the indestructible spirit of Eva Perón, First Lady of Argentina.

It seems as though you live led by the example of Evita, a woman who was born in an adverse world and who was a slave of her modest condition but worked harder than anyone, and she earned the heart of everybody as the “Spiritual Leader of the Nation” in Argentina due to her example, her intelligence, and her honesty. The rectitude of the spirit, Capricorn woman, unites you to her legend.

On March 8 and every day, women need Capricorn’s power and strength.

Because your soul is the bearer of changes and revolution in the world, your example continues to be necessary and admirable, and you fill your existence with meaning with each new gesture of generosity. The figure of a woman with firm principles and unparalleled altruism like Mother Teresa of Calcutta reminds us of the values of the Aquarian woman: honesty, solidarity, enlightenment.

Your heart is strong, and this is where the clarity of your determination comes from.  You free yourself of the competitiveness that leads to selfishness, and so you are always willing to lend a hand to others and engage in just causes. If you did not exist, the world would be a worse place. Because you exist, the world is a place full of smiles and happiness.

We need you, Aquarius woman, because the struggle of women and the world in general needs the silent example of rebellious and caring hearts.

Just as Edith Piaf's voice has been for many the refuge of a dream world against pain and suffering,Pisces is the magic universe where you build your dreamy personality, and you can see far beyond what any mortal would ever dream. The eternal voice of love, the wonderful gift of clairvoyance.

Edith Piaf was not only one of the great myths of French music, but she was also recognized as a mentor of young artists who achieved world fame; among your virtues, Pisces woman, there is also the invaluable talent of empathy, which makes you always referent and beacon of the disoriented.

Touching, with an intellectual height and an artistic sensibility that remains, your figure is today more than ever admired by others. Happy Women's Day, Pisces!