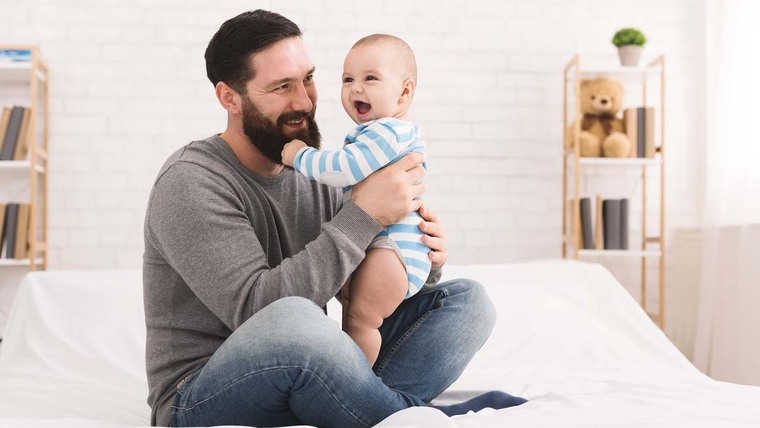 At some point, you might have wondered who are the best dads in the zodiac.

The fact that there's no ideal dad prototype is something as obvious as the 12 zodiac signs giving their natives skills that make them special in that area. But the stars have chosen 4 signs, one per element, to possess the gift of fatherhood: because of their skills, they're the perfect candidates to act as the ideal dads.

Some of them have the gift of patience and calmness, while others unfold all their drive and energy. Where some use wits and intelligence, others strengthen their relationship with their children through emotions and empathy. There's a profile based on authority and discipline, and another who believes that children are free-spirited beings with the right to make their own decisions... and to go wrong, even.

The Magic Horoscope will now reveal you the top 4 zodiac dads. Watch out, moms, and see for yourselves whether your partner is among the chosen ones.

Who are the top 4 zodiac dads?

Remember that each sign has magical qualities that make you unique dads. But only 4 signs are in the podium of perfect dads. Who are the top 4 zodiac dads?

Earth elements offer safety and comfort to themselves and others, and when Taureans become dads, their top priority is to provide their children with a warm environment where they can find stability.

This, especially in the case of Capricorn and Virgo, can make them cold, distant dads, too concerned with obligation, duty and discipline. However, Taureans have certain traits that make them some of the best zodiac dads.

Because they're ruled by Venus, Taurean men have special sensitivity, even a physical one, which is conveyed quite tenderly to children when they become dads. Thus, for instance, Taurus-born dads instill into their children their sensitivity towards art, music and education, making them sophisticated individuals.

Also, the bull harmoniously pairs up calmness with bravery, so it unfolds all its might and courage out of instinct when having to defend the little ones.

When thinking about who are the top 4 zodiac dads, we can't help but think of Aquarians' originality. Although they might border on weird by making their children blush in embarrassment, they will generally feel enormously proud among their group of friends because they have the coolest dad.

Creativity makes Aquarians perfect dads to awaken a sense of imagination and fantasy in their children's hearts: they'll always be seen playing around and doing the most surprising, fun activities... although they might go crazy sometimes!

As the holder of amazing intellectual abilities, just like the other water elements (Geminis and Libra), they're a role model for their children's training and education. They might be slightly lacking on empathy sometimes, but their natural grace, originality and fun make them the ideal dads.

Fire elements are endless sources of energy, so Sagittarius, Leo and Aries dads are more prone to be liberal and have an overwhelming drive.

Among them, Aries stands out as the ultimate adaptable dad. It's true that they might be careless, forgetful and distant sometimes, but because of their traits, the stars have given Aries dads the gift of natural leadership. That's why they're children's idols, a mirror to reflect, an example to follow.

Aries is invincible. When natives of this sign become dads, they transform their drive and strength into skills to take on any responsibility and successfully get it sorted out. What makes Aries one of the top 4 zodiac dad signs is that they're able to impose their authority without raising their voice: they earn respect with their natural ascendance, their brilliancy and genius.

When it comes to feelings, water elements have no rival. But it does happen that Scorpions can end up being too mysterious to their children, while Pisces run the risk of being too abstract and losing their grip on reality, which makes them sort of neglectful sometimes.

Cancers offer emotions and safety on equal parts, and that's why they're the ideal dad model. In the same way that they built up an armour to protect themselves from external incidents, when they become dads, their instinct takes them to placing protection and safety as the top priority.

But, unlike other protective signs, Cancer doesn't neglect emotional empathy. Under their hard strong dad shell, there's a real fatherly heart which offers endless warmth and love to their children.

The stars make Cancers natives with natural fatherly instincts, and that's why they're among the top 4 zodiac dads. But they're also very careful when making a happy, safe home for their babies. Attention to all moms out there: Cancers have it all!