Water Signs: Find Out About Cancer, Scorpio and Pisces

Which are the water signs of the zodiac and which are their main features? 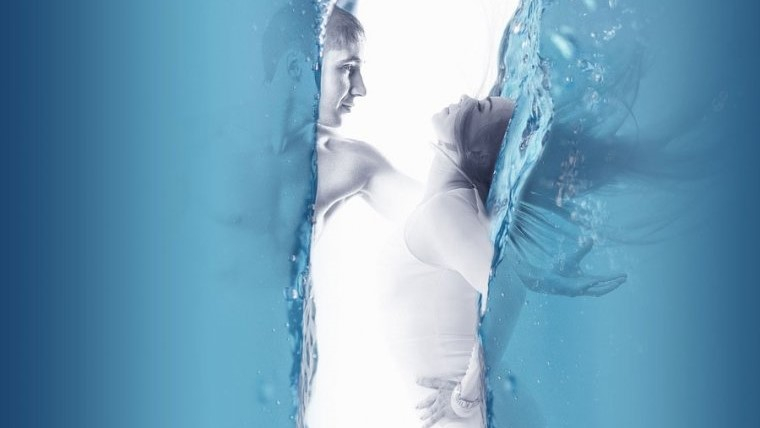 One of the ways in which you can group the signs of the Zodiac is by the elements that are associated with them.These elements mark how each sign relates to the rest of the world and with themselves.  The signs of fire are Aries, Leo, Sagittarius; those of earth are Taurus, Virgo, and Capricorn; Gemini, Libra, and Aquarius are included in the signs of air, and those of water are Cancer, Scorpio, and Pisces.

Thus, we will emphasize this last group, to put in value how water is the fourth element, which is negative, feminine, and shy.

The water signs in the zodiac represent Cancer, Scorpio, and Pisces; they share common features through their negative, feminine and introspective element. Emotional depth is what best defines their essence.

Among the twelve signs of the Zodiac, water brings to its triad of signs a logical and rational air to the world of feelings, emotions, sensations, and instinct. It's distinguished by its sensitivity, certain conformity, its intuition and its sincere desire to help others. Among the most important features of the water signs is their hermeticism, which acquires a mysterious and enigmatic profile.

If you read these lines and you are Cancer, Scorpio or Pisces, surely you are a sentimental, dreamy, and often idealistic person. 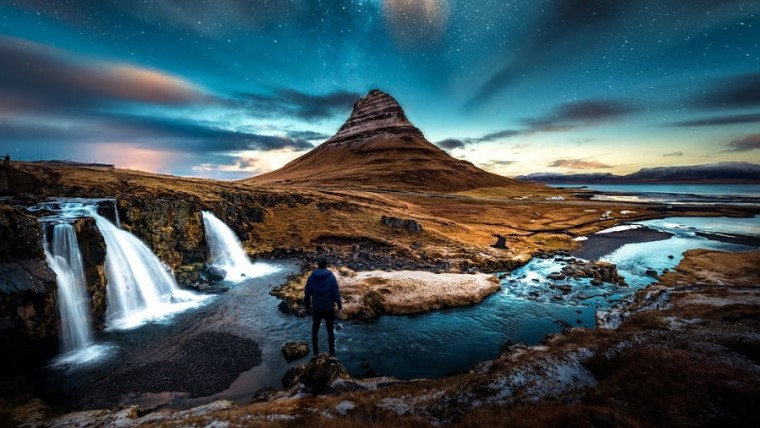 Find out everything you want to know about Cancer, Scorpio and Pisces, the water signs of the zodiac. | Magic Horoscope

Your receptivity is (usually) willing to listen and understand all those around you. You are very sensitive to moods, and you participate emotionally in everything that happens in your environment. This can also be a negative feature when you are filled with melancholy and nostalgia.

This doesn't mean that your instinctive kindness isn't tinged sometimes by strange moods or bursts of susceptibility. In these cases, it's advisable that you take a step back, and that you isolate yourself to protect yourself from the harshness of the world. This is where you get the introspective character that sometimes leads you to isolation.

For this trilogy of Zodiac signs, their house is their comfort zone, and when they get there after a day's work, the anxieties and worries disappear, because the relaxing moment has arrived. However, the water signs are also the door to other dimensions, the access to fantasy and the unreal.

The natives of the Water element appreciate all the happiness that life offers. They are very respectful of everyone's life, including the neighbors and they try never to attract attention, trying to convey a climate of kindness and coexistence.

Which are the water signs of the zodiac?

Cancer, Scorpio, and Pisces are the three water signs of the zodiac. Now we will analyze the ruling planets of the three signs of Water, and how their astral influence leads them, according to the astrology sciences. 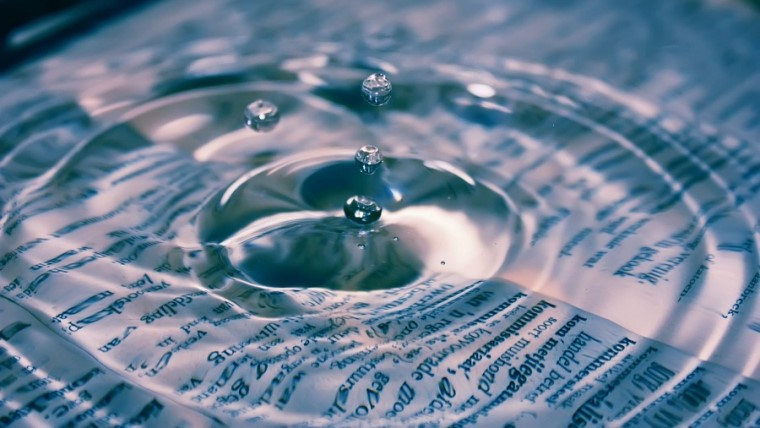 The natives of the Water element appreciate all the happiness that life offers. | Magic Horoscope

The water element in the Moon: Cancer

The person influenced bythe Moon is cyclothymic, and dreamer, imaginative and hypersensitive, and their emotions are linked to their past or their origins.

Those of a Lunar sign are affectionate and protective, but anxious. Their caring and generous personality hides a person with insecurity problems and a good radicality.

In general, the Moon gives Cancer an excellent memory, and they often have affinities with the world of early childhood. It is a sign represented by the crab, and as a crustacean, also those born under the sign of Cancer walk backwards, blinded by nostalgy.

They are excessively receptive to stimulation, and they often dramatize.

Cancer gives, above all, a lot of importance to loyalty and fidelity; they know how to listen, give good advice and easily put themselves in the place of others.

The water element in Pluto: Scorpio

If Pluto is your ruling planet, you are a resolute and brave being, although sometimes a bit aggressive. This orb influences both physical and psychological and invites you to live with strong emotions. Recall that Pluto in mythology was the god of the underground world, hard and ruthless, which was worshiped as a given of wealth.

As the master of the underworld, Scorpio is the most mysterious sign of the zodiac, the most enigmatic from the water signs, whose inner world is complex and impenetrable.

Thus, the influence of Pluto makes Scorpio a lucid and inspired being; they often use their seductive ability; although sometimes they use it to be manipulative or compulsive.

Scorpio is as hard on themselves as on others, and because of their strong character, this is one of the most creative zodiacal signs when it comes to working. However, they don't admit criticism and its sensitivity can cause any negative comment to affect them terribly.

The water element in Neptune: Pisces

Those born with the planet that owes its name to the god of seas and waters (can it be a more aquatic sign?) are dreamers with a great imagination and an excellent intuition; so much that they can even mentally visualize some premonitions. In this sign, the water element features are boosted.

Pisces is talented and sensitive to their environment and easily identifies with others, and in fact, seeks to heal the soul of anyone who suffers, offering their comfort. They prefer to stay in a discrete plane and find it hard to give an image of them because they feel the contours of their personality blurred.

This inconvenience doesn't prevent them from making and keeping friends easily, and you can totally trust them because they know how to listen and they are very discreet people, who won't tell anyone what you have entrusted to them.

Pisces, also represents, as the last sign, the boundary between death and birth, and they are beings that allow access to another dimension, given to abstraction and fantasy beyond what the human mind can imagine. 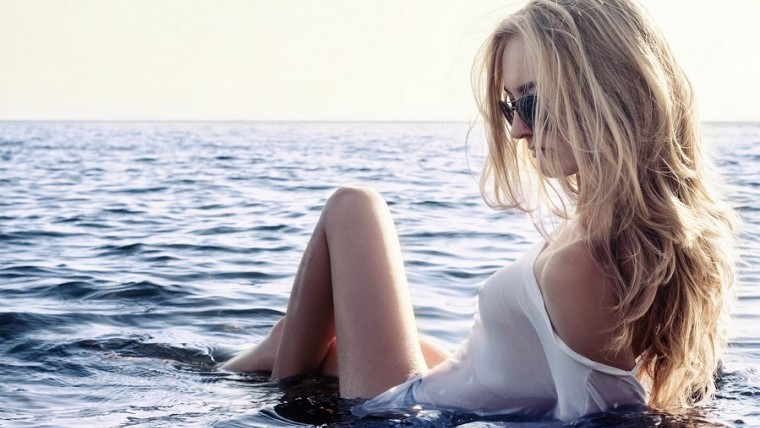 When Cancer, Scorpio or Pisces are in a relationship, they find within themselves beautiful solidarity that leads them to pamper their other half. They are given to the other person's wellbeing, sometimes forgetting their own, but this generosity makes them feel satisfied. If your partner is a water sign, you'll receive caresses, hugs, and kisses.

Usually, those born under a water element Zodiac sign feel particularly comfortable in the sensual sphere, which may qualify as their own domain.

In fact, their instinct pushes them to put many feelings and emotions in their love games. This coin has another side: it can be translated into jealousy and insecurities, often propitiated by lack of confidence in their own charms (or in the means they have available). Self-esteem is the weak point of this water sign.

People governed by the Water element tend to bet on a lasting relationship, based on mutual trust, and in which they don't hesitate in giving the best of themselves.

With the family, they position themselves as very protective and enjoy giving and receiving hugs, which comfort their pain, if they have any. For them, quality prevails over quantity, and they may be hesitant in the face of unforeseen circumstances.

Childhood in the Water element signs

Children who are born under an aquatic sign benefit from the understanding of those around them as authentic sponges of wisdom and knowledge. It's true that they require a lot of attention and support, but this allows them to create a magical and special bond with their parents (or with the people who educate them).

Not everything is beneficial, of course. If there's a misunderstanding at home, they usually lock themselves in their room in a fuss, before they have time to deal with the topic that makes them angry.